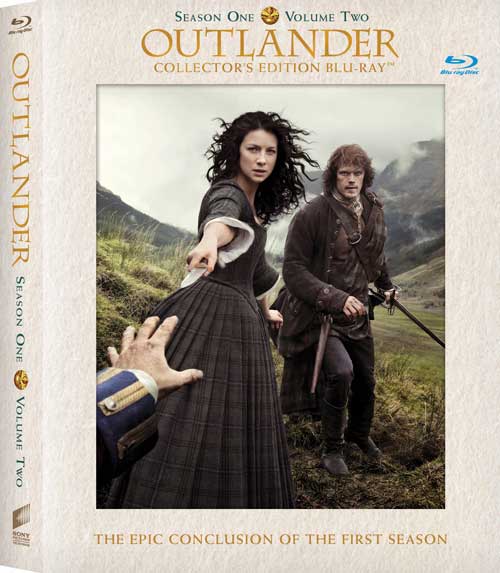 Season two of Outlander may not be coming to our screens until 2016, but the second half of season one will soon be available on Blu-ray and DVD. Outlander Season One, Volume Two is set for release on September 29, 2015. The set will include a gag reel, as well as more bonus features to be announced at a later date. As with Part One, the new set will also have a Collector’s Edition available in addition to the standard DVD and Blu-ray. Below are pre-order links for all three formats from Amazon.

Update by Sarah: Other than the gag reel being on the DVD/Blu-Ray, Ronald D. Moore said in the panel today that there would be an alternate version of Episode 109 before it was reworked/re-edited into what the episode looks like today.

There has been no information on when the Season 1B will be released on iTunes or digitally on Amazon.  There has also been no news on the complete Season One becoming available all together.