Buried in the interview video from Entertainment Tonight were our first look at memorable characters from Dragonfly in Amber.  Mother Hildegarde, Fergus, and Master Raymond all made brief appearances in the video.  If you were lucky enough to be at San Diego Comic Con, you saw a brief appearance of both Fergus and Mother Hildegarde.  That video has still never been officially released.  BUT we love seeing Master Raymond in the flesh in the ET video!  Take a look for yourselves below. 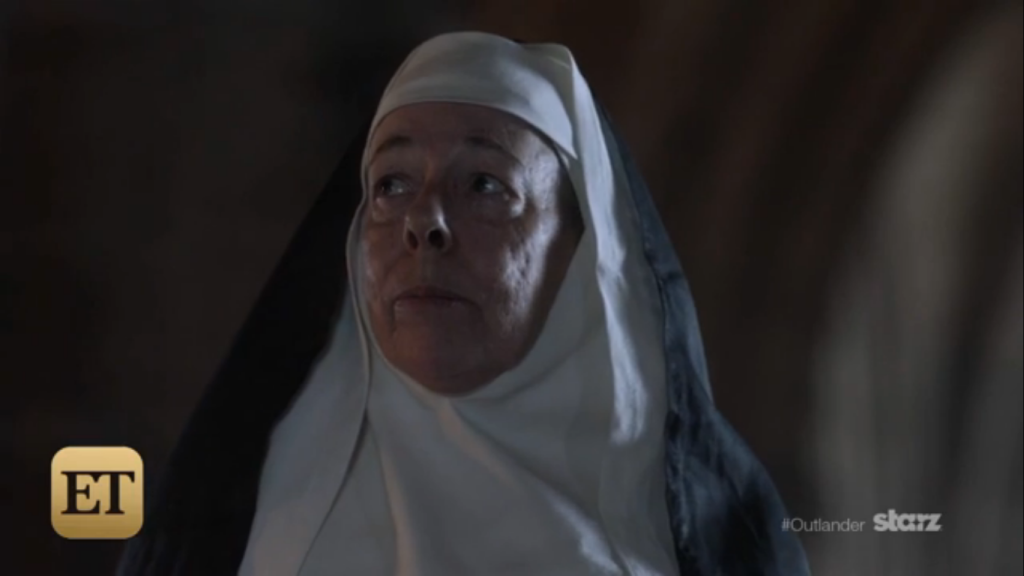 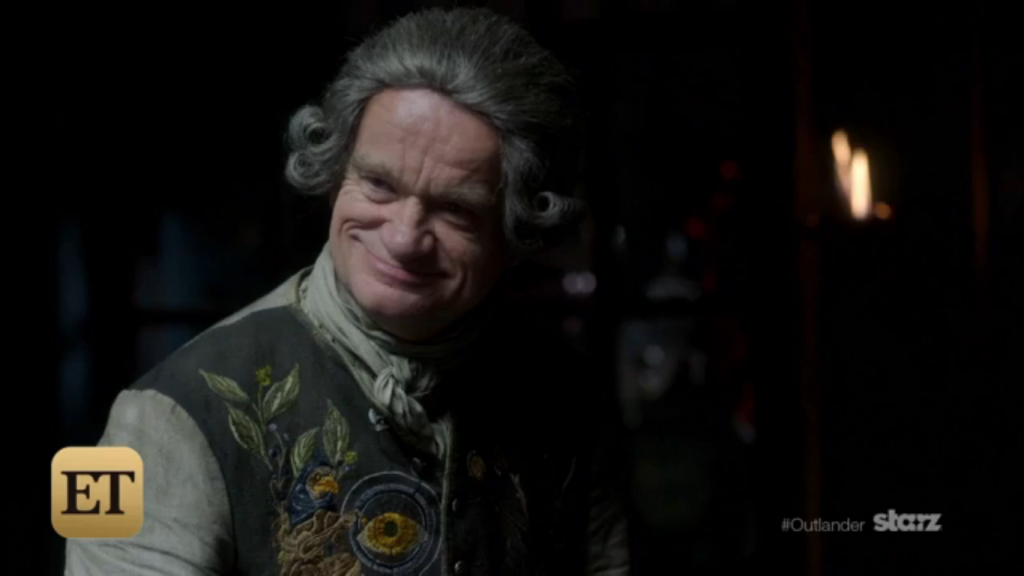 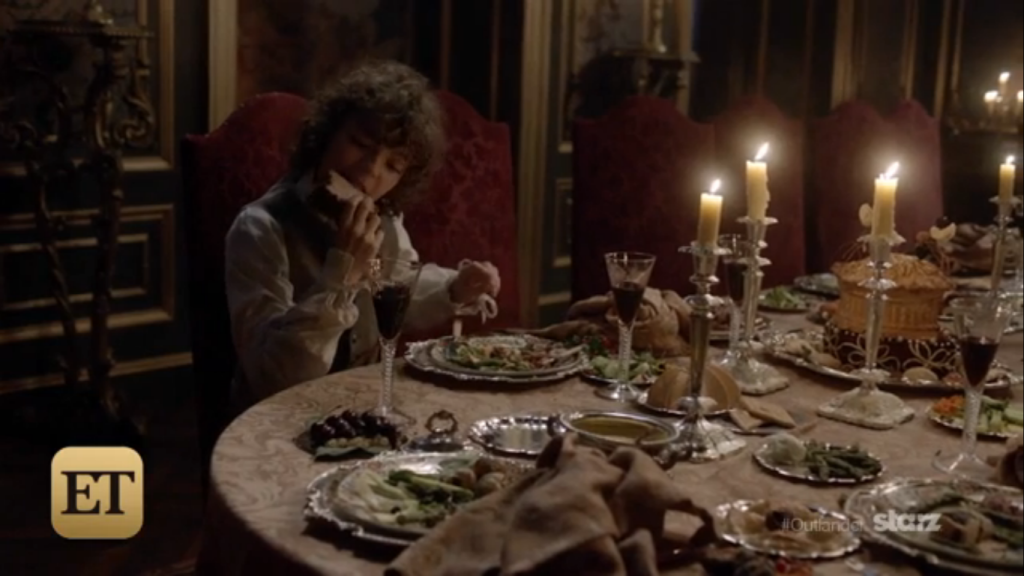