***Spoiler Alert:  If you have not read Drums of Autumn or you just don’t want to be spoiled about this period of the show, it is best to skip this post!***

If you have been around the fandom and this site since before season one premiered, you should be familiar with the location of Falkland.  It is the area that was chosen by the production crew to stand in for Inverness for the TV show.  The first time Outlander filmed there, it was the first time the fans were able to see Caitriona Balfe and Tobias Menzies as Claire and Frank.  They were filming scenes for episode 101.

The production crew returned for season two to transform Falkland into 1960s Inverness.  There was evidence of some great continuity from filming for the 1940s.

Now, for season three, Outlander has again returned to Falkland for season four to again film for the 1960s or around that time as a lot of the same signs and production elements are being used again.  Filming is rumored to begin on Thursday and continue through Friday.  Could this be flashbacks for Brianna and Claire or Brianna and Roger scenes? 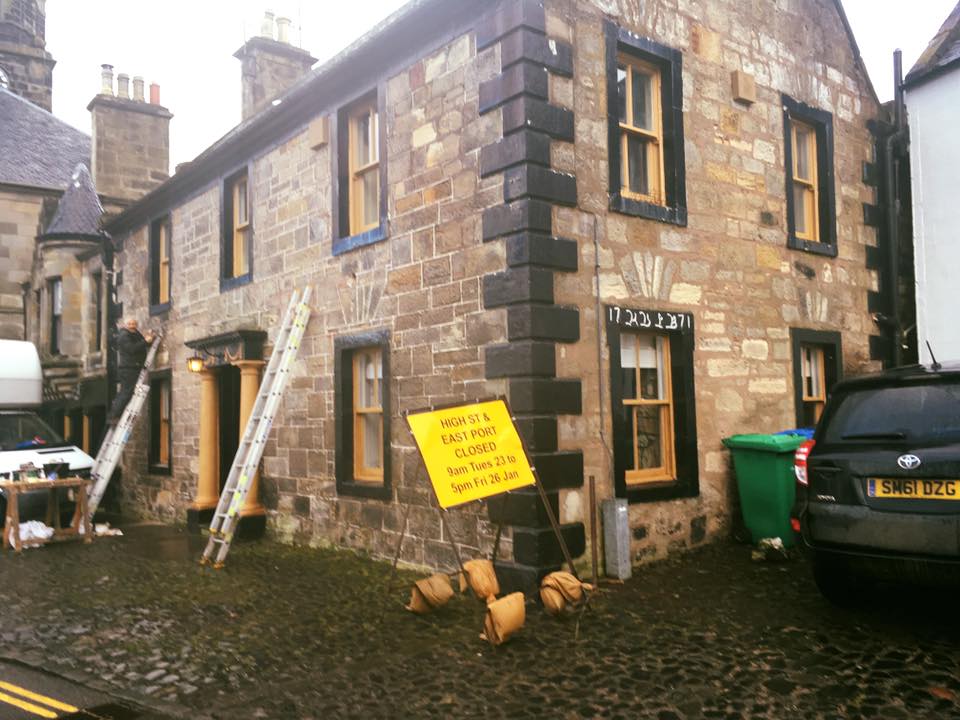 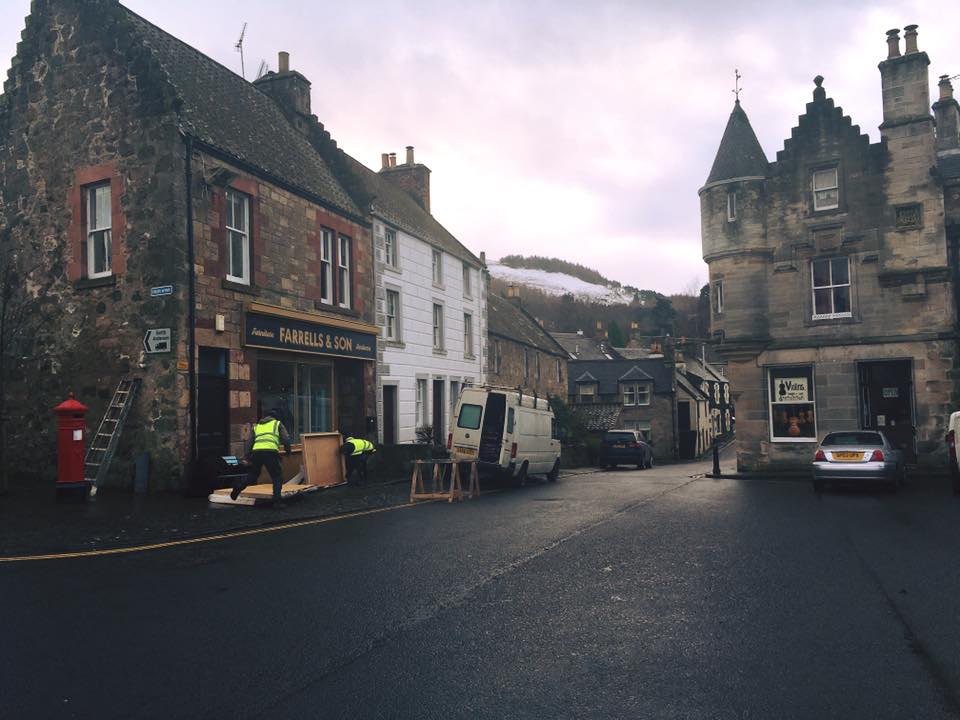 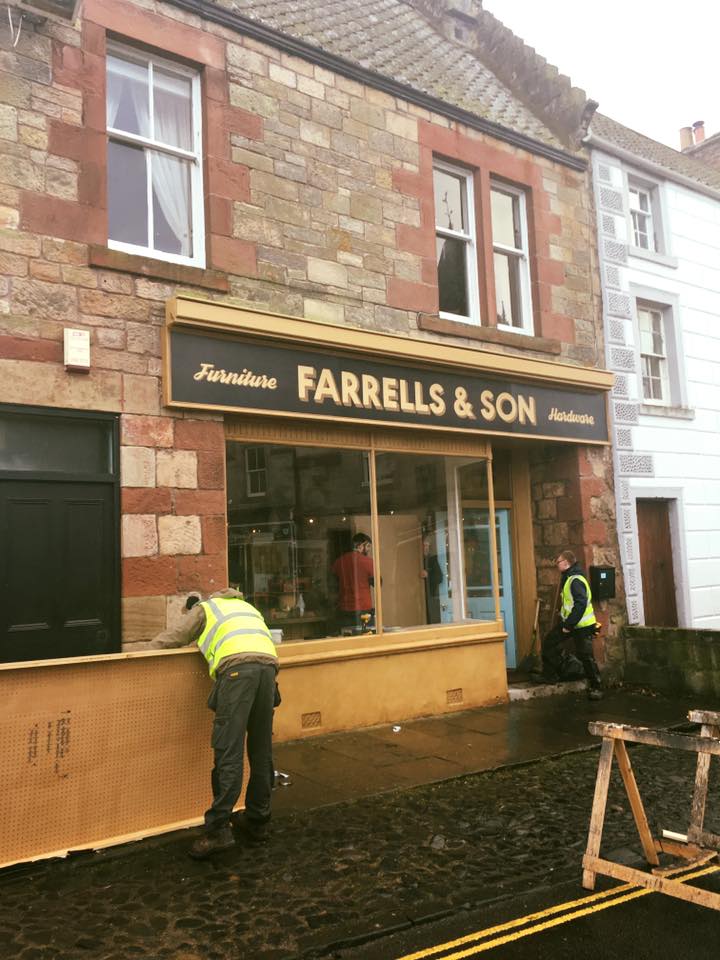 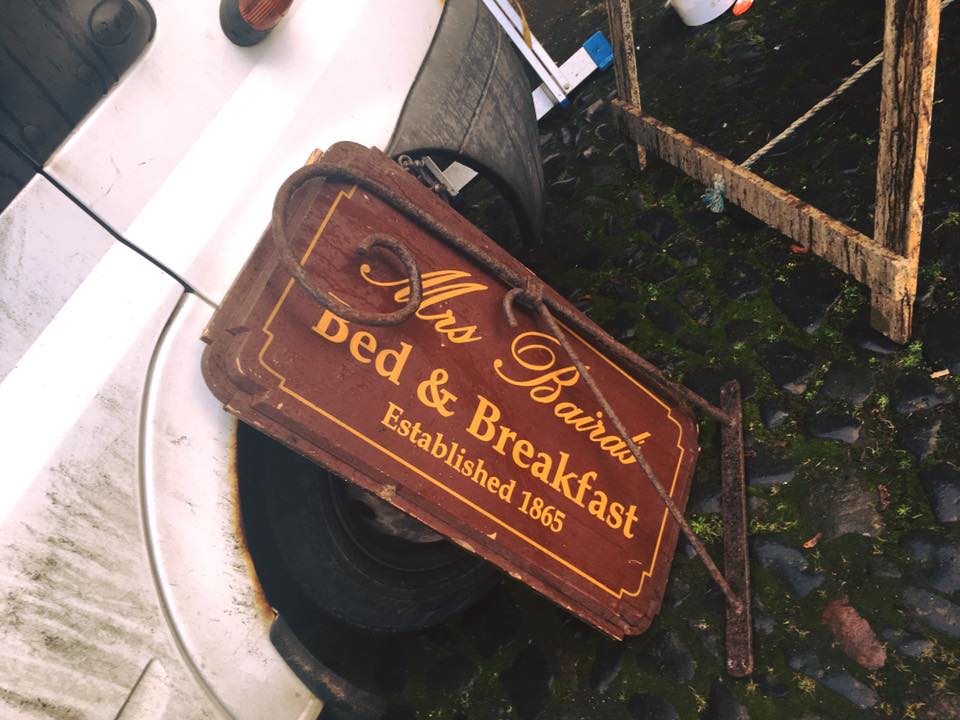 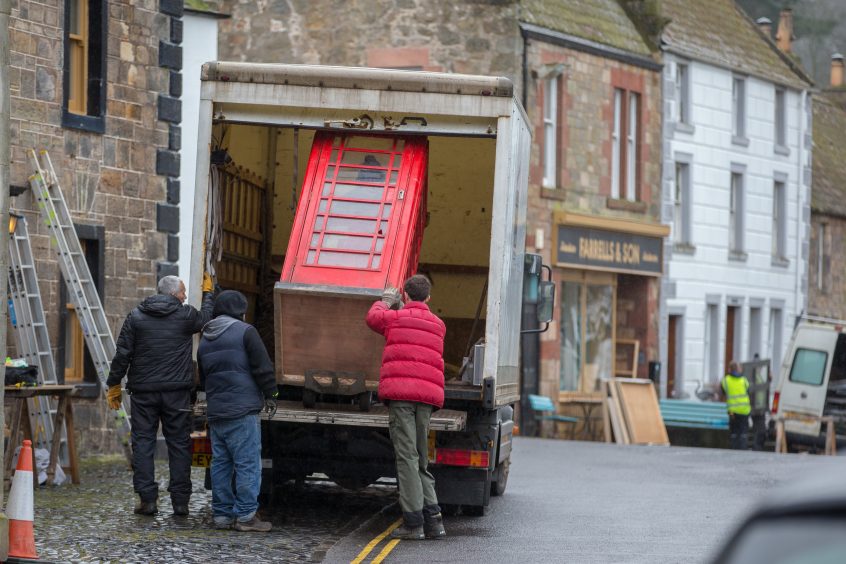 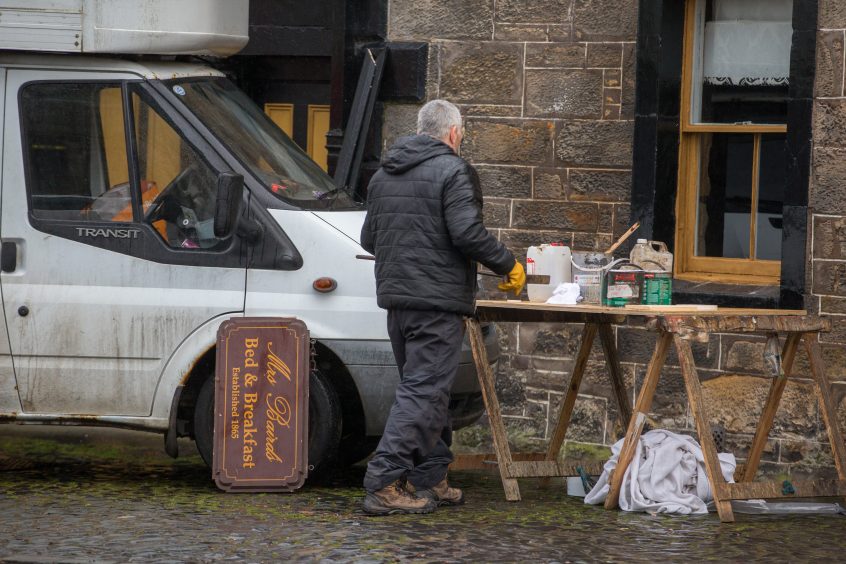 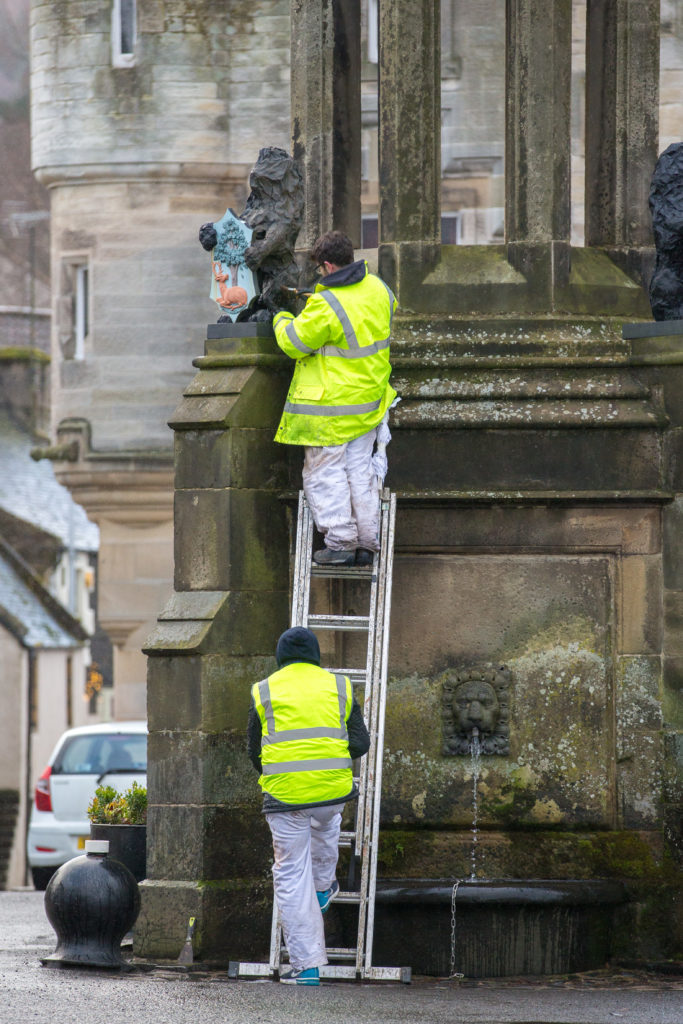 Preparations are well under way for the filming of series 4 of Outlander the hit TV series in the Fife village of Falkland. Workmen were busy removing and replacing items around the village to give it a more period look of when the series is set.
Pic Kenny Smith, Kenny Smith Photography
Tel 07809 450119 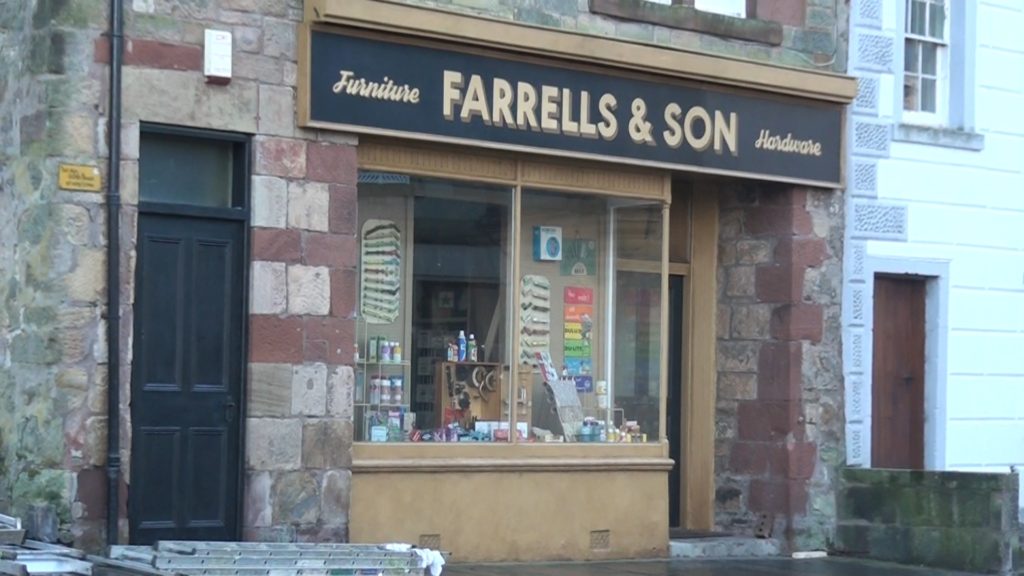 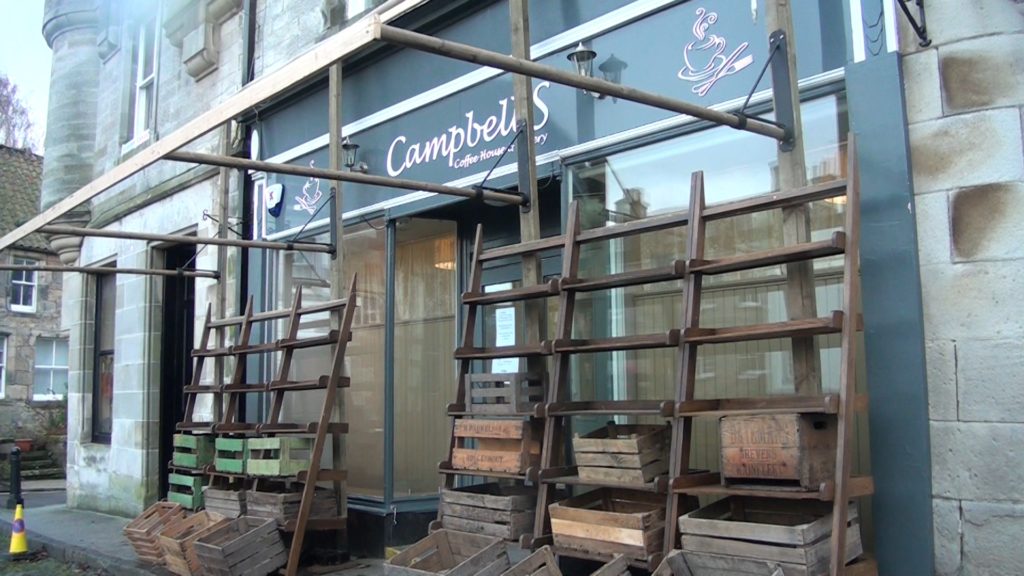 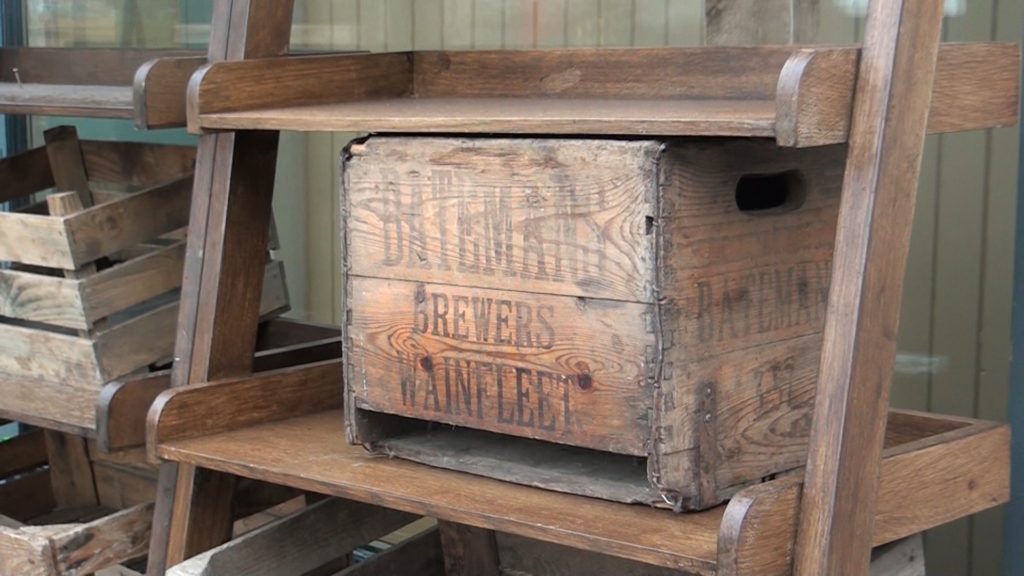 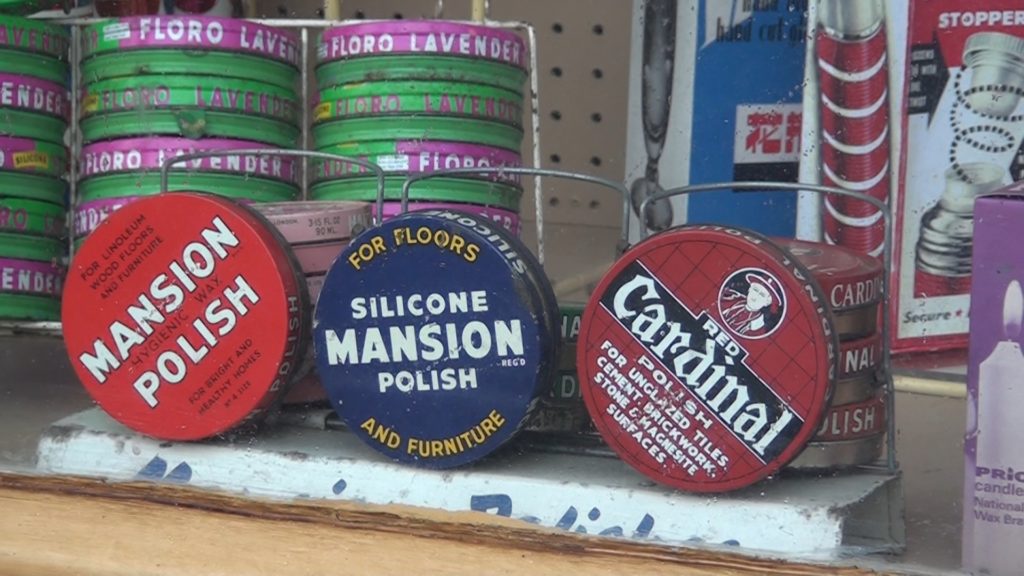