***Spoiler Alert:  If you have not read Dragonfly in Amber or you just don’t want to be spoiled about this period of the show, it is best to skip this post!***

The second season of Outlander filmed today in Falkland, Fife, Scotland for the Inverness scenes from the 1960s.  Below are photos from of the transformation of Falkland into Inverness as well as photos of the sets and extras.  We will update this post if any other photos become available.

Popped up to a very cold Falkland today. Lots of activity and great seeing the village made up #outlander pic.twitter.com/hsZq55ltY4

Mental road diversions in Falkland for the filming of #Outlander today, but I think i found my next bike pic.twitter.com/ZzHWigPz14

Stumbled on this at Falkland today. Lucky us! pic.twitter.com/kl8JuPwVm6

A wee peek at some filming action in #Fife today for one of our favourite historical dramas…back on TV in April pic.twitter.com/BKl0Z1heR8

Great to see how they cover up new things. @balgoniecastle have some props left from their scenes ep 13+15 ser1 pic.twitter.com/aCu3KR1SrS 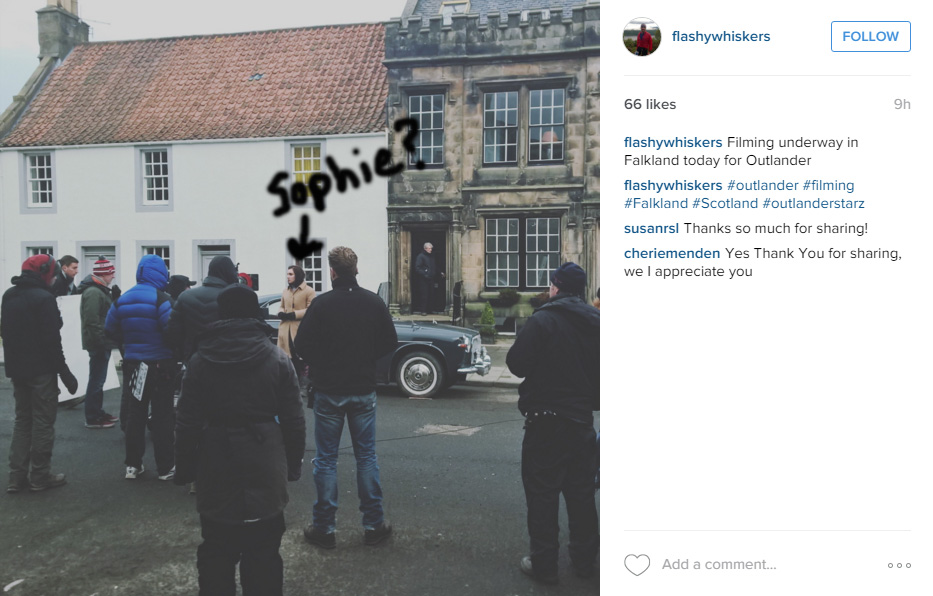 Falkland was transformed back to the late 1960's this morning for more Outlander filming. Incredible detail the crew applied to make it authentic.

1960's cars driving around the village? Must be Outlander filming again. Claire from the program was in this Rover.

Campbell's cafe in disguise earlier as a 1960's greengrocers, complete with Morris Minor

Connor, Brian, Andy 3 of the crew who put together the locations ready for filming. Lovely friendly lads #Outlander pic.twitter.com/wn0pMZ4r5e

Anyone spot this great piece of continuity from season one?  Love you guys, Jon Gary Steele and Gina Cromwell! 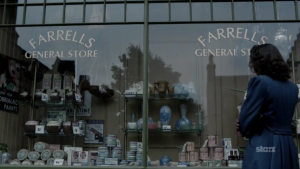 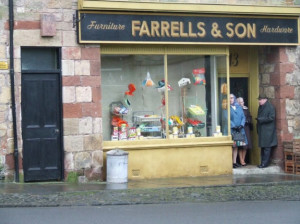 Below are photos that we have missed the past few months that I thought were worth sticking in this post for all to see.

@OutlanderHome missed filming by a day but some #Outlander set was still there today. Anyone for a game of shinty? pic.twitter.com/mzjBNtLUGZ

Drumlanrig castle today, filming for the next series of outlander. pic.twitter.com/m0bZTWY4Zs