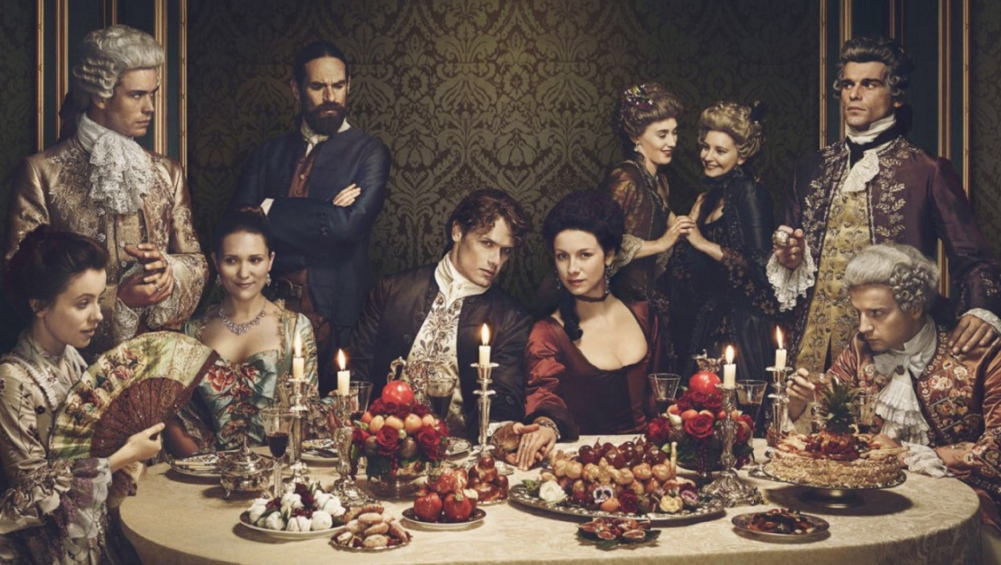 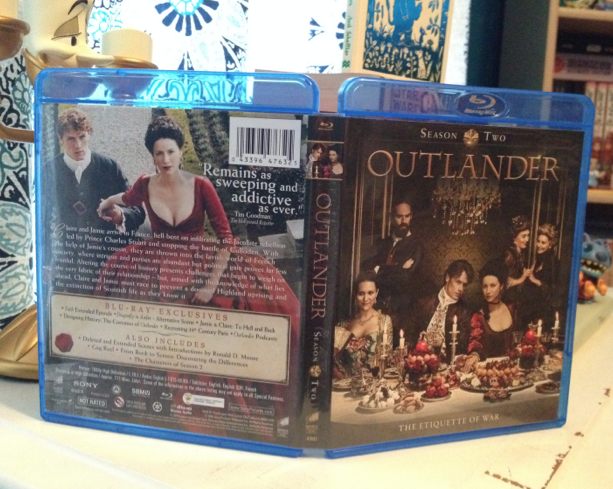 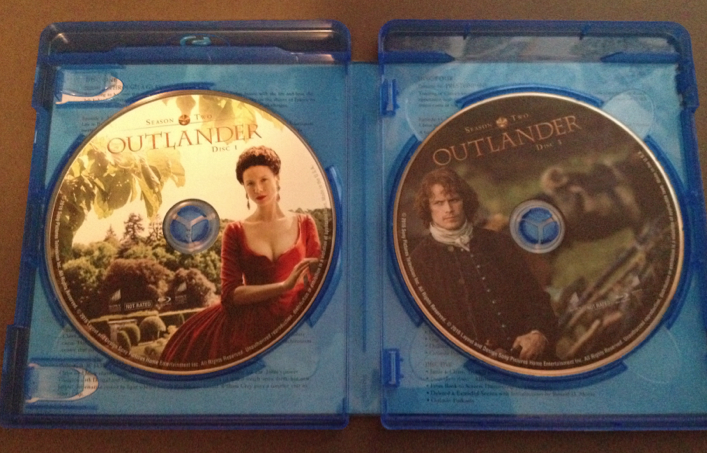 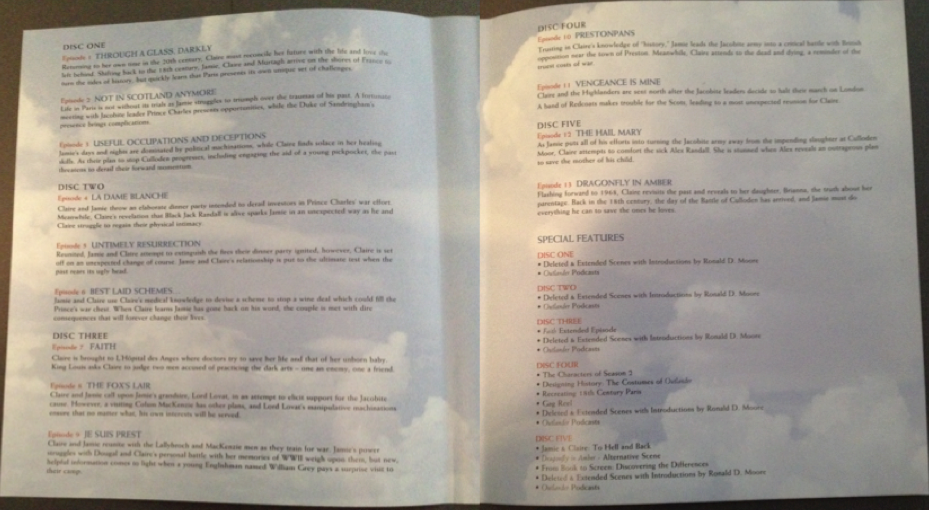 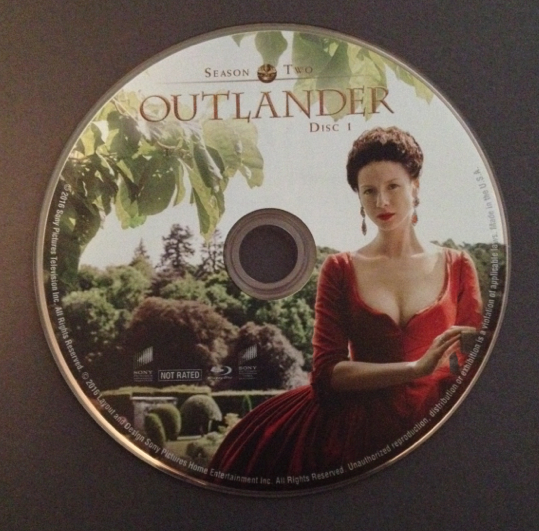 DISC ONE
EPISODES:
“Through A Glass, Darkly”
“Not in Scotland Anymore”
“Useful Occupations and Deceptions”

-Deleted & Extended Scenes with Introductions by Ronald D. Moore
“Through a Glass, Darkly”
To His Majesty Over the Water (8:04)
Extended scene of Jared agreeing to help Jamie and Claire & a Jacobite toast

“Not in Scotland Anymore”
Give Me Your Hand (3:43)
Original opening with Claire and Jamie

“Useful Occupations and Deceptions”
Choose One for Yourself” (2:04)
Extended scene of Jamie and Price Charles in the brothel 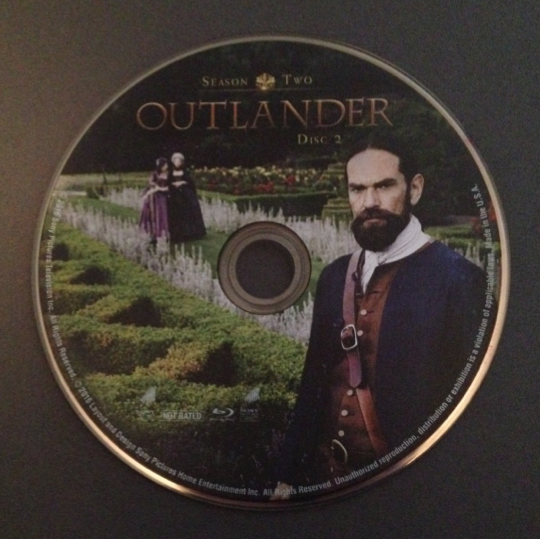 Medicine is Your Calling (3:14)
Mother Hildegarde sees a future for Claire as a physician

A Kind and Loving Mother (7:11)
Extended scene of Jamie giving Claire a set of apostle spoons

“Best Laid Schemes…”
Like Cheese for the Rats (7:30)
Extended scene of Jamie and Fergus setting up their scheme for St. Germaine’s men 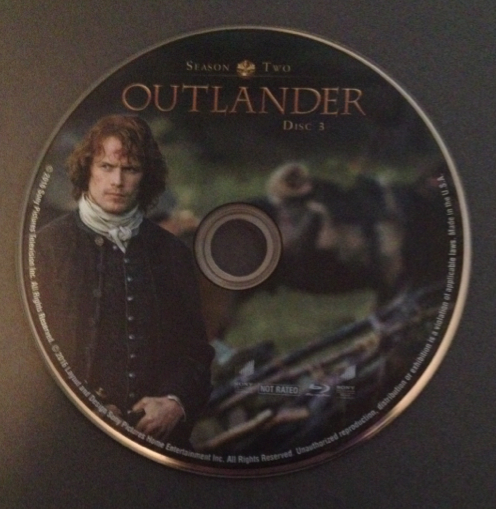 How can we ever be the same? (4:02)
Extended scene of Claire and Jamie’s conversation after the events of “Faith” 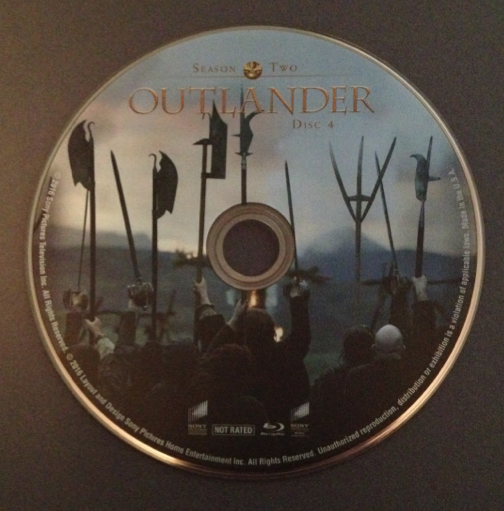 History Isn’t to Be Trusted (4:04)
Claire and Fergus visit the soon-to-be field hospital

Dougal on the Battlefield (1:39)
Dougal attacks a man in battle

Take a look back at the new characters introduced during Outlander season two. 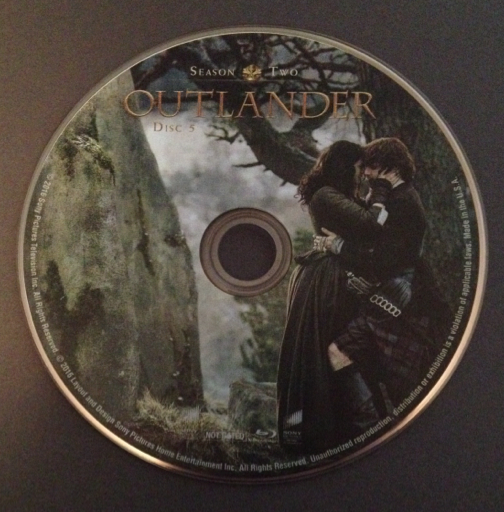 We Will Win (3:52)
Jacobite high command argues over battle plans

Shall We All Go and Find Some History? (1:55)
Roger offers to take Brianna and Claire sightseeing

Tell Her I Love Her (4:55)
Claire talks to Gillian’s husband

Outlander‘s cast & producers discuss the ever changing relationship between Jamie and Claire.

Review
Another Outlander season, another Blu-ray set. One of the issues fans had with the season one’s Blu-rays was the division of the series into two Blu-ray/DVD releases, and while do have the complete second season with a single release, the packaging does leave a bit to be desired this time around.

The format of the Blu-ray release has not changed between seasons with each disc containing two to three episodes, as well as the podcast and deleted/extended scenes for each episode. Additional featurettes can be found on the final two discs, offering more insight into the show’s second season.

Of the five featurettes, I found Designing History: The Costumes of Outlander, Recreating 18th Century Paris, and From Book to Screen: Discovering the Differences to be the most engaging. I am a sucker for anything to do with costume & production design and these features offer a closer look at season two’s new Parisian setting.

Looking back at my reviews for the first season’s Blu-ray sets, I saw that one of my biggest issues was the packaging. While I liked the aesthetics, I did say I preferred a simpler packaging. Well, I got my wish, and I am still not pleased. The standard Blu-ray case is not the problem, but rather the stacking of discs I take major issue with. As you can see in the picture below, there are only two discs visible when the case is open and that is because the remaining discs are underneath, with a total of two discs on the left and three discs stacked on the right. The only other time I have encountered this method of packaging was with a TCM collection of four classic movies. While I was not a fan of it in that instance, I was not bothered since I was rarely going to be taking out the discs. With a TV series, especially one as re-watchable as Outlander, fans will be switching discs more frequently and this just makes it difficult to accomplish. I know that Blu-ray discs are more scratch resistant than DVDs, but it can happen, and that does not make this set presentation ok in my book.

Overall, the season season Blu-ray set is a great addition to any Outlander fan’s collection. While I do wish the Amazon exclusive edition with its fancy packaging and extra special features was more affordable, this standard set has great picture quality, a decent amount of deleted/extended content, and a few fantastic featurettes to hold fans over until season three returns next year.