Entertainment Weekly is keeping this site busy with the load of news coming from their cover story and beautiful photos.  Along with their original photos of Sam Heughan and Caitriona Balfe in character, they also released some new official photos from the second season of Outlander.

The quotes that came along with these photos are:

“My character and I went through a similar journey,” admits Balfe. “I loved the novelty and excitement of wearing these works of art. But the initial excitement wore off after having to wear it all day. The practicality of going to the bathroom, eating … I had to take it all off. I’d much rather appreciate them from afar.”

Heughan said he felt a responsibility to read Diana Gabaldon’s books before embarking on Outlander. “It’s a gift for an actor to have that sort of source material.”

“Of any work I’ve done, the fan support is on a whole other level,” says Tobias Menzies, who plays Black Jack Randall/Frank Randall. “That’s an extraordinarily kind of warm bath to sit in.”

“Season 2 is much more complex,” explains executive producer Ronald D. Moore. “It’s a whole new cast of characters. You’re dealing with politics, the secretive rebellion. Bonnie Prince Charlie. And Claire and Jamie are a married couple with a baby on the way. So, everything’s very different.” 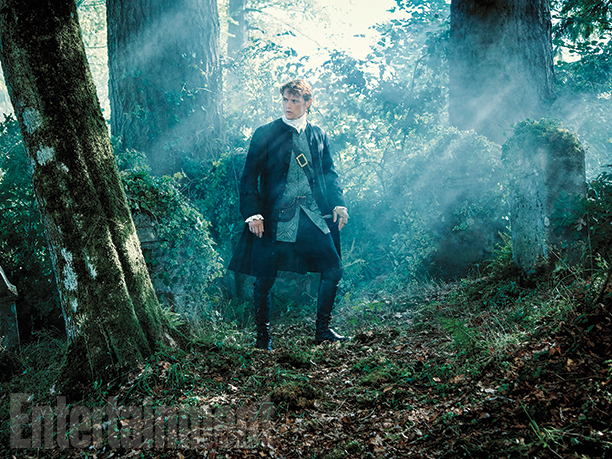 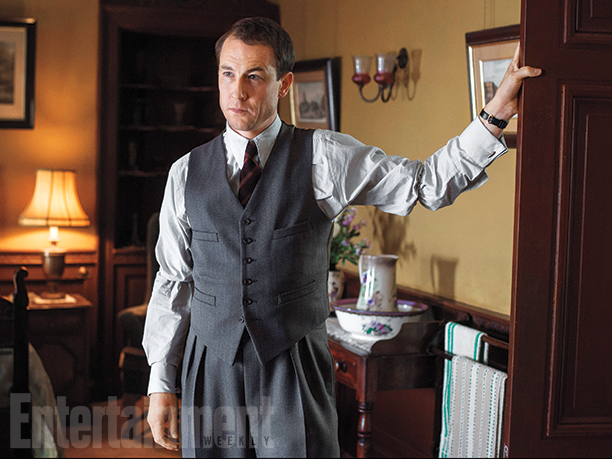 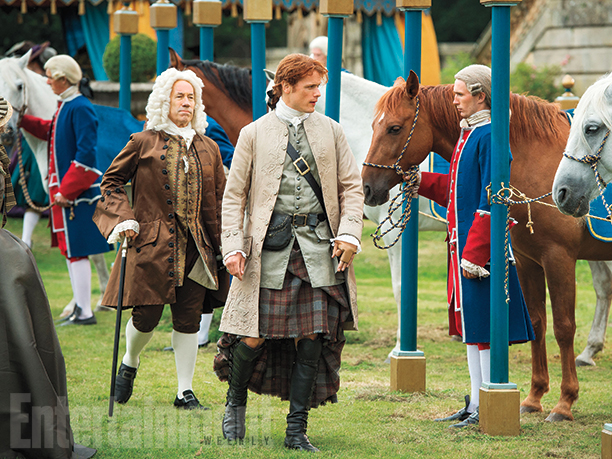 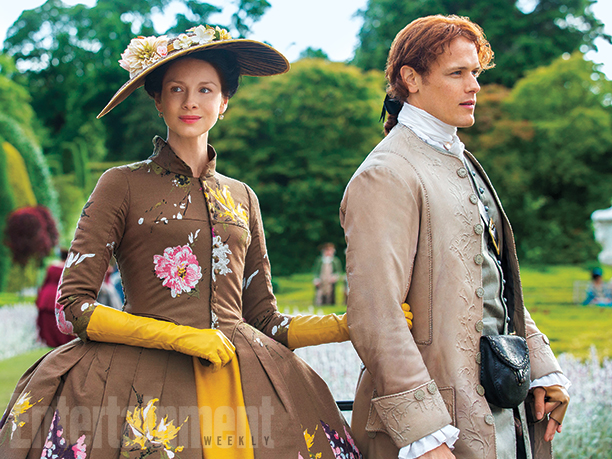