Here are all the photos released so far from Entertainment Weekly’s cover story all about Outlander.  Sam Heughan and Caitriona Balfe are in character for these photos, obviously.

The following quotes accompanied these photos:

Heughan admits that, at first, he was terrified at the thought of wearing 18th century French attire. “I have seen a lot of bad costume dramas and was horrified in thinking that my abilities with fancy collars and cuffs would be very camp. What we’ve got here is just is wonderful.”

“Sam is one of the most generous people you’d ever meet,” Balfe says of Heughan. “Such a great guy, no ego involved.”

The sex scenes between Claire and Jamie are an “important part of the story,” says Balfe. “They don’t feel gratuitous.”

Of season 2, Heughan says, “Something quite big happens and Jamie regains control over his life and destiny. He also comes to terms of what happened to him [with Black Jack Randall].” 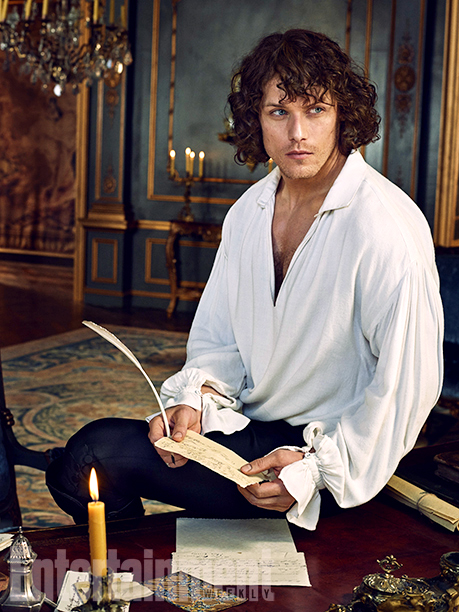 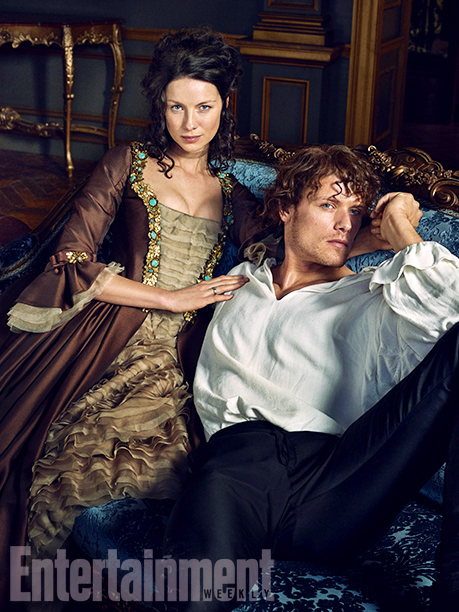 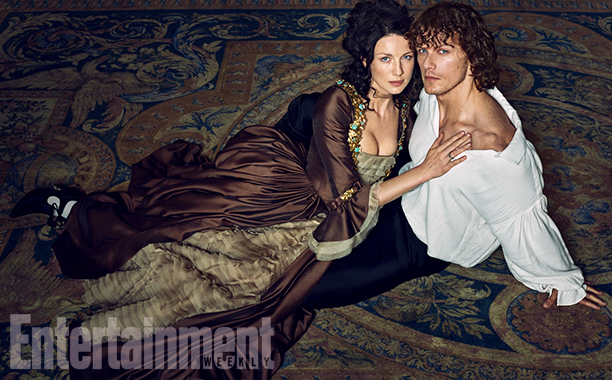 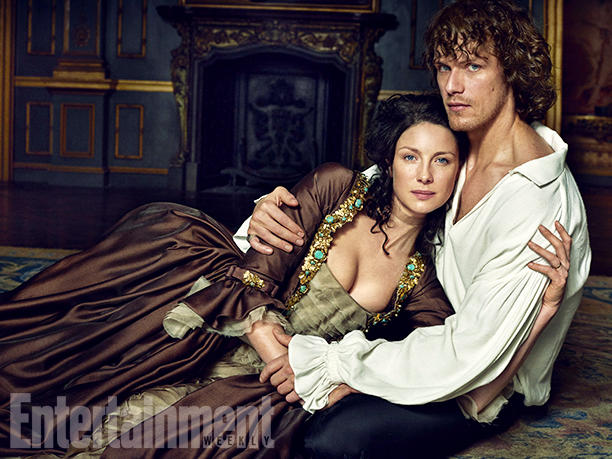 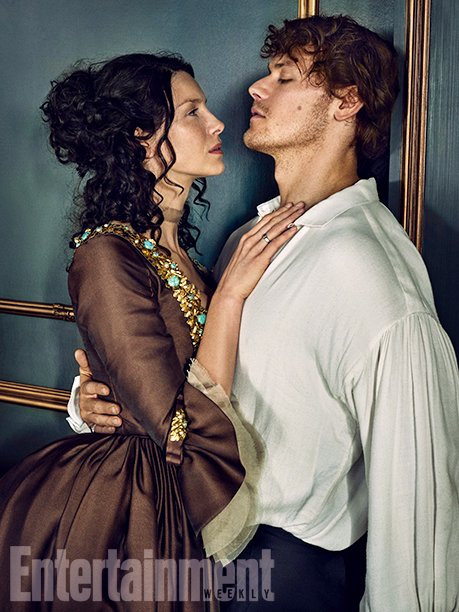