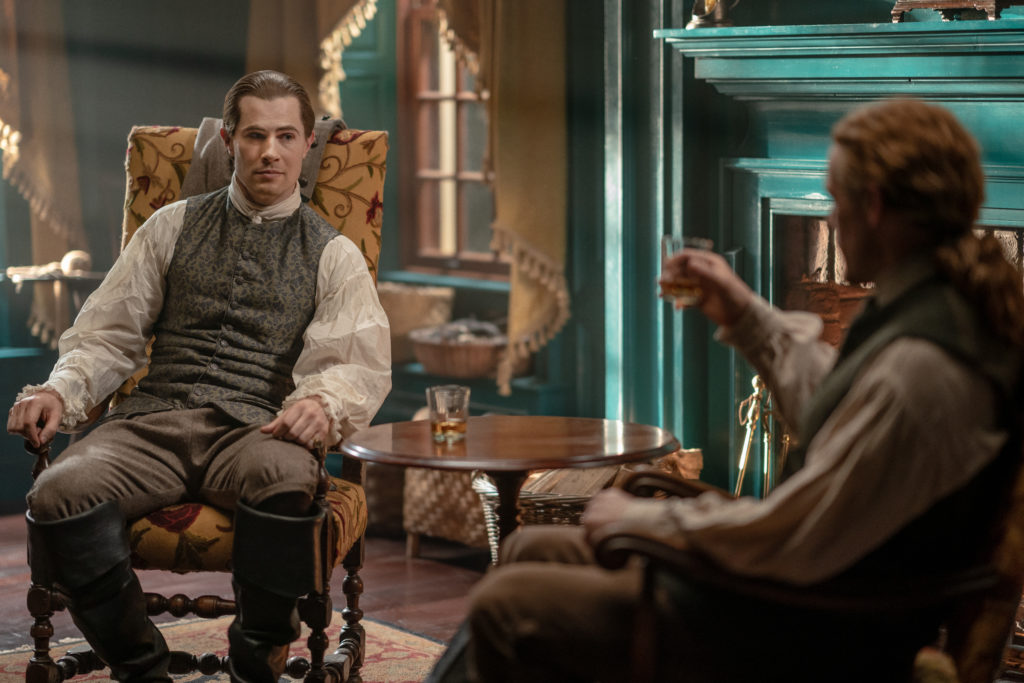 Things are getting interesting as we come to the end of season five of Outlander.  Granted things are a complete mess worldwide due to Covid-19, but there is a level of uncertainty with Outlander as well (not that it is important in the scheme of things).

It should come as a shock to book readers that David Berry, who plays (played) Lord John Grey, confirmed on his Instagram account that Outlander episode 511, “Journeycake,” was the last we will see of him in Outlander. While this episode has wrapped up the Lord John Grey storyline for now, the character does not disappear across the ocean, never to be seen again.

This development certainly brings forth the rumors and the guessing games about the future of Outlander past season six.  They were already due to be filming season six right now, but obviously, this has now been pushed back.  While fans are happy to have season six as a guarantee, this brings up the question of whether there will be a season seven . . . or eight, nine, or ten.  The show is already in book six when the season was just supposed to be book five.  On the press side of things, the seasons are labeled as what book that season is adapted from, so season one is book one, and so forth.

With Power done on Starz, Outlander is Starz’s most prominent show right now, and I just can’t see them wanting to end the show with no other guaranteed hit shows.  But the future of Outlander is not up to just Starz.

To put some positivity into the news, maybe a series with Lord John Grey is moving forward, and David Berry will be more involved with that.  (Fingers crossed)

We will just have to wait and see (I hate that frustrating expression) if Outlander gets that season seven renewal.