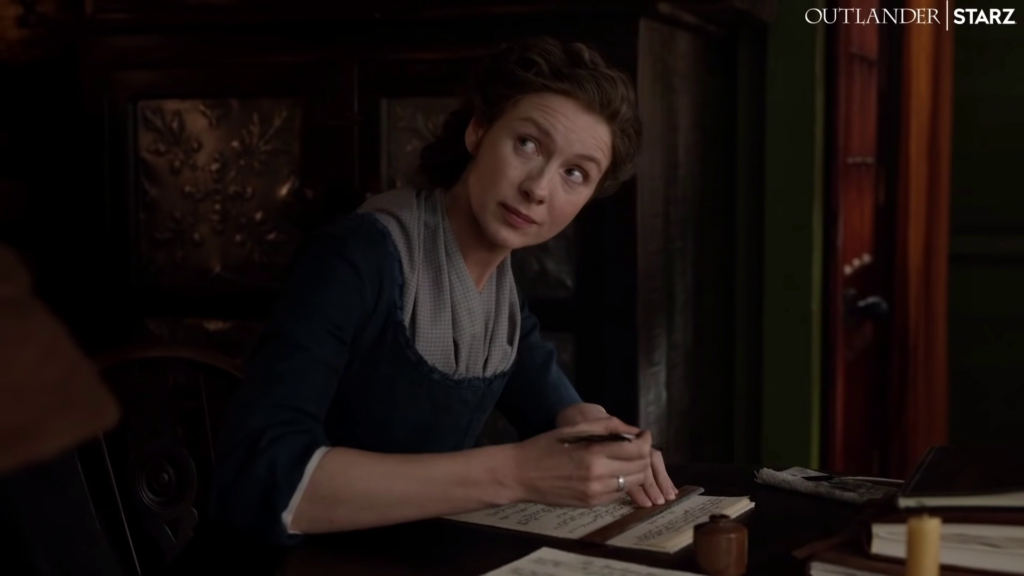 Journalist and HFPA member Ruben K. Nepales interviewed Caitriona Balfe for the Philippine Daily Inquirer.  Mr. Nepales previously published his interview with Sam Heughan.  In this interview, Caitriona says that Sam and herself are contracted for two more seasons, so if Starz and Sony do a season seven, both of the main actors are already on board.  I also liked that as producers, Sam and Caitriona decided to have more of a voice in the story and characters, since they know them so well.  Excerpts from his interview with Caitriona are below, but please head over to to the Philippine Daily Inquirer to read it in its entirety.

Can you share your thoughts on how long the show has lasted? I asked Sam the same question and he replied about how he’s turning 40 and the series is still going strong. Which he’s not happy about (turning 40) at all. I think it’s hilarious (laughs). This is our fifth season, but actually it was six-and-a-half years ago when we started filming. So, it’s a long chunk of time.

But the show has given us so much. It’s been the greatest experience thus far of my career, of my life. A lot of shows that we started with aren’t even on the air anymore.

Now that you are a producer of the series as well, can you talk about working in front and behind the camera? We got our producer credit very late after the story had already been broken, and the first couple of scripts had already been written.

But what was important to me this season was to see where I can be of benefit to the production. Toward the end, especially the last few episodes where Claire has a very strong story line, it was great that I got to be integral into how those episodes were going to be told.

You have to have two different hats because obviously, looking at things as an actor is very myopic in one way. And as a producer, you must have an overview and understand that the reasons for doing certain things might have a cost, time or location reason. I’ve expanded my horizons.

How many more seasons will you do? We’re contracted for another couple of seasons. For Sam and me, what’s important is that the quality stays high, that we’re still challenged.

We took some risks even with the visual and tone of the episodes. I’m excited to see them. I haven’t yet, and I hope all those risks pay off. But it’s really nice to feel, five seasons in, that we’re still being asked to do something new, scary and challenging. That’s great. If I can still have that next season and the season after then, I’m happy.