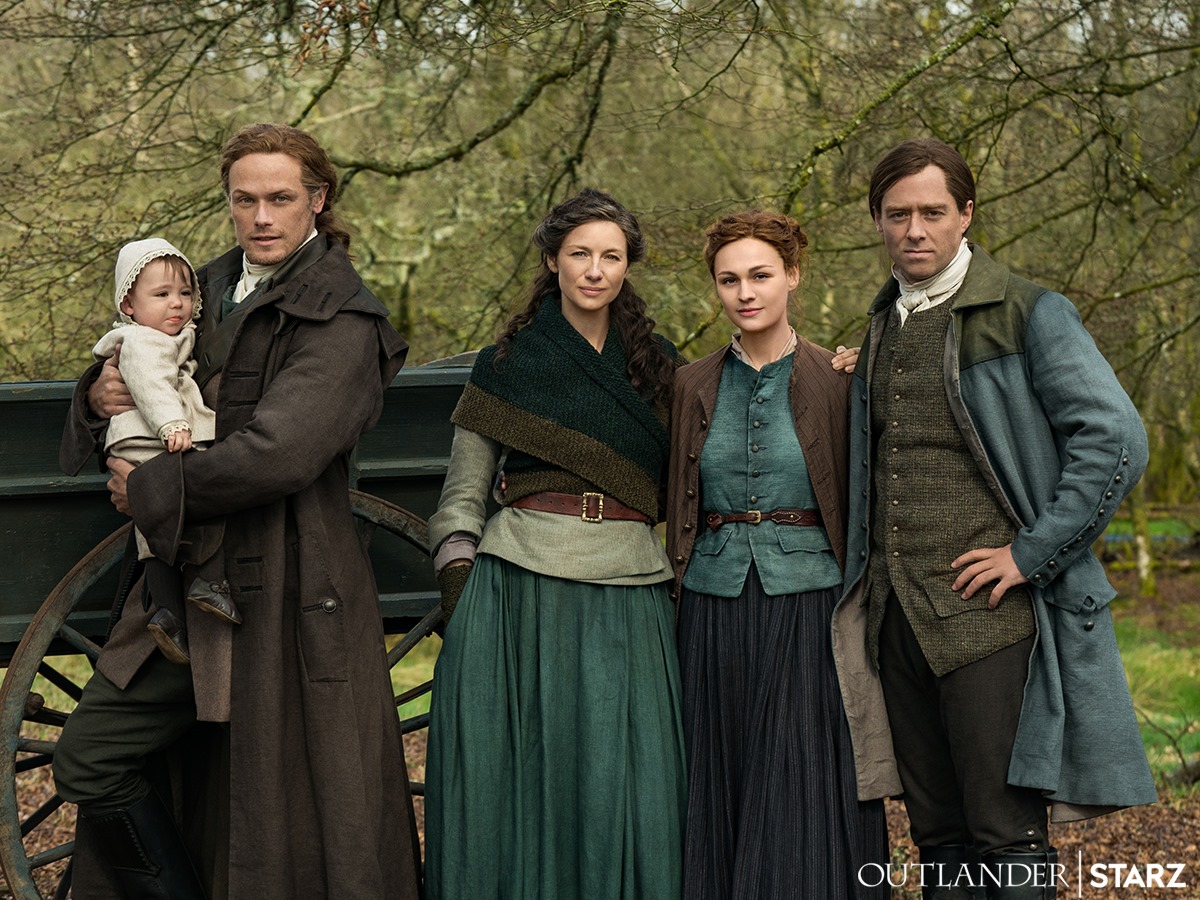 Update 9/7/2019: Maril Davis and Ronald D. Moore will also be on the Outlander panel at New York Comic Con.  New information can be seen below in this tweet from Starz.

Less than one month to go until #Outlander is at @NY_Comic_Con. Hope to see you there, clan! pic.twitter.com/mNB061zGaZ

Update 8/29/2019: Along with announcing the premiere date for season five, Starz also revealed the day, time, and who will be at New York Comic Con.  The Outlander panel will be on Saturday, October 5, 2019, at 5: 30 PM EST in the Hulu Theatre at Madison Square Garden.  Sam Heughan, Caitriona Balfe, Duncan Lacroix, Maria Doyle Kennedy, and David Berry will be there from the cast and author Diana Gabaldon will be at the panel as well.

There will be an autograph session on Saturday and details will be coming out later about that event.

Original Post: Starz announced yesterday that Outlander would return to New York Comic Con.  Ahead of the “early 2020” premiere of season five, the cast and crew will make an appearance at NYCC.  There is also a contest open to all fans in the United States to create and submit fan art using the hashtag #OutlanderContestNYCC by August 30, 2019.  You can win a trip to NYCC and have your art used at the cast signing.  Please see the below tweets for more details.

Sam Heughan tweeted “Can’t wait to meet you,” so it is safe to say he will be in attendance.  Caitriona Balfe tweeted “…meeting the chosen artist,” so she will also be there.

We’re excited to announce that not only are we going to #NYCC this year, but that we’re bringing one of you with us! Submit your original #Outlander art on Twitter using #OutlanderContestNYCC for the chance to have it featured at our talent signing where you will meet the cast. pic.twitter.com/7t5DAZfmeM

Travel, hotel, convention passes, and a signed copy of your art included. Contest open until 8/30, at which time Twitter fans will vote on the top two eligible pieces. Be sure to review the official rules before submitting, and good luck! https://t.co/lxRDcDVyJ4