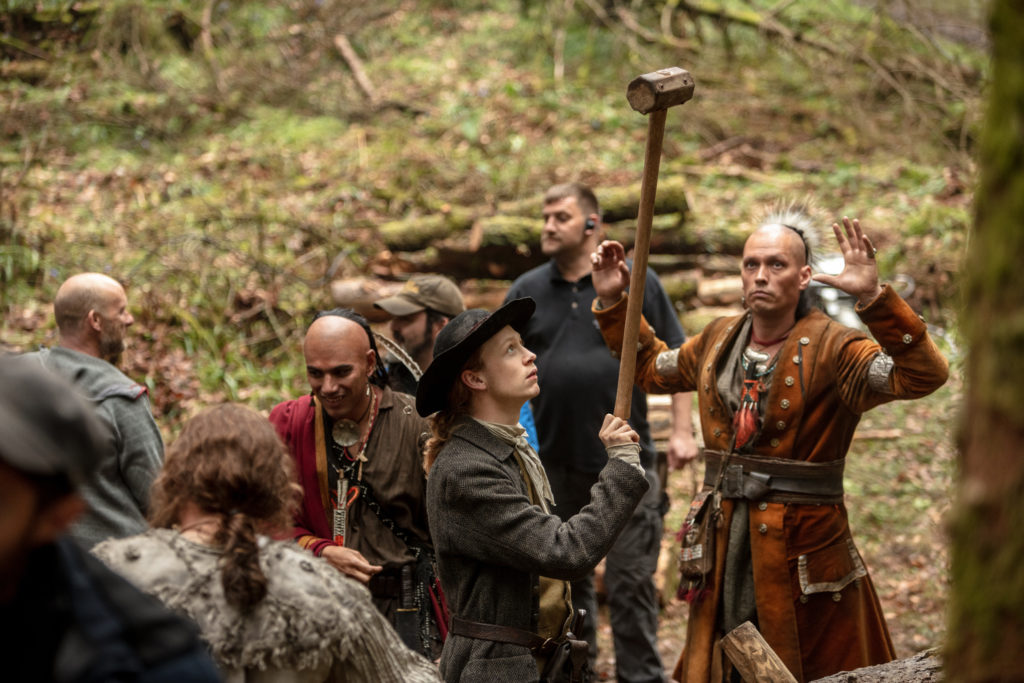 Executive producer Maril Davis and writer/executive producer Matthew B. Roberts discuss Outlander episode 404, “Common Ground,” in this behind the scenes video. Maril and Matt discuss the title’s meaning, meeting the Cherokees for the first time and casting for their characters, the change in the “Bear Killer” story from the book, and Maril’s dog.  I was a bit disappointed that they did not touch on Roger’s story in this episode or the addition of Tantoo Cardinal to the cast.

There were not any behind the scenes shots in this video, unfortunately.