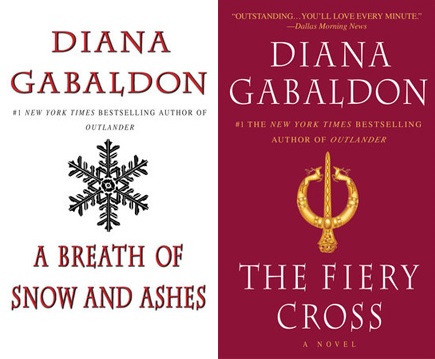 Along with the premiere month of Outlander season four, Starz has finally given us the news that Outlander will return for season five and also season six.  That means we will have Outlander on the small screen through at least 2020.  Along with new seasons, Starz also announced that seasons five and six will be twelve episodes each.  This is down from the thirteen episodes of seasons two, three, and the upcoming fourth season.  Season one was the longest with sixteen episodes.

The fifth and sixth seasons will be based on The Fiery Cross and A Breath of Snow and Ashes, respectively, by Diana Gabaldon.

We couldna wait to tell you any longer. #Outlander will return to #STARZ for Season 4 this November AND for Seasons 5 and 6! https://t.co/GEqYWkh3e3 pic.twitter.com/U0ojNQrkcb

You want more????? You got more !!!! Outlander5&6 is on its way ….!! So @SamHeughan .. you got that Zimmer frame ready?? @Outlander_STARZ @TallShipProds @LeftBankPics @SPTV ❤️❤️❤️❤️ pic.twitter.com/rX8m0VrSBt

Whoooooooop! So excited!!! Thank you to our cast, crew and writers for making this show so much fun to work on. We’re so excited to continue on this journey. And thanks to our amazing partners @Outlander_STARZ and @SPTV AND….thanks to the BEST FANS EVER!!!! https://t.co/ZUBwYBKeBm