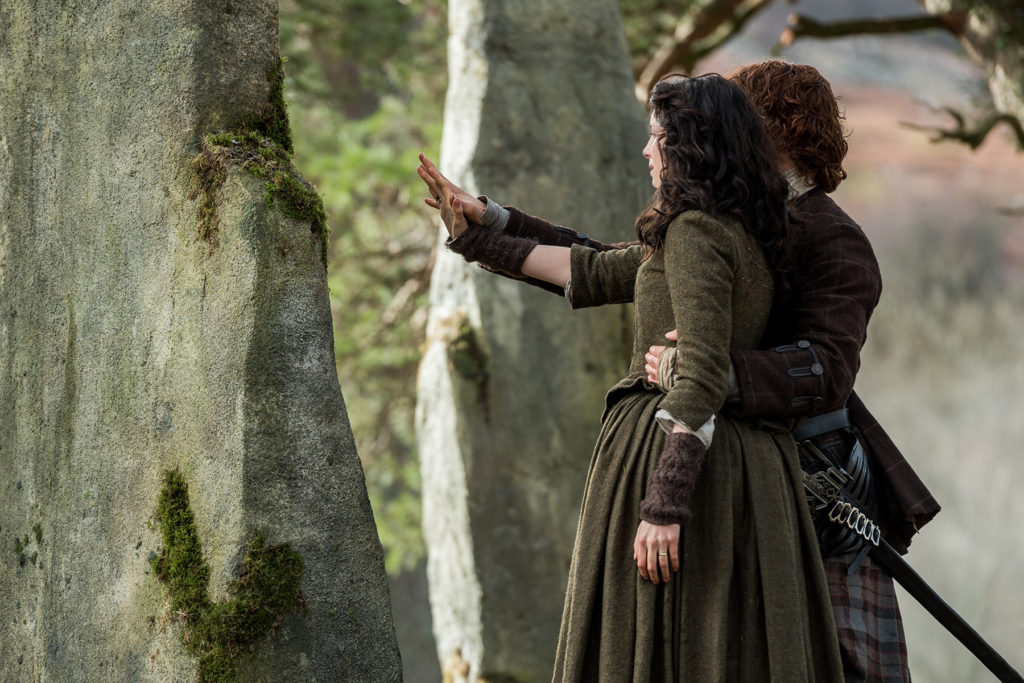 This is not a spoiler for non-readers, so no need to avert your eyes from this post.  In Dragonfly in Amber, Jamie and Claire cut their initials into each other’s hands to remember each other.  The scars that are left from this last encounter are referred to in future books.  There were a lot of disappointed fans when this scene was not filmed or included in the season two finale.  We have posted twice on this site in reference to this part of the book missing from the finale (click here and here).

The topic of the initials and the scars was brought up again at the press line at the Outlander FYC event.  Considering other countries already had the season three DVDs, there were some eagle-eyed fans who spotted the initials on a deleted scene.  It was revealed that they filmed a scene for season three that rectified this book omission, but ultimately, they cut it again.  The interview below with Entertainment Tonight has Ronald D. Moore, Maril Davis, Sam Heughan, and Caitriona Balfe discussing the scene and how it may reappear in a future season.