[Spoiler Alert: This post describes things that happen in Dragonfly in Amber and in Season Two of Outlander.] 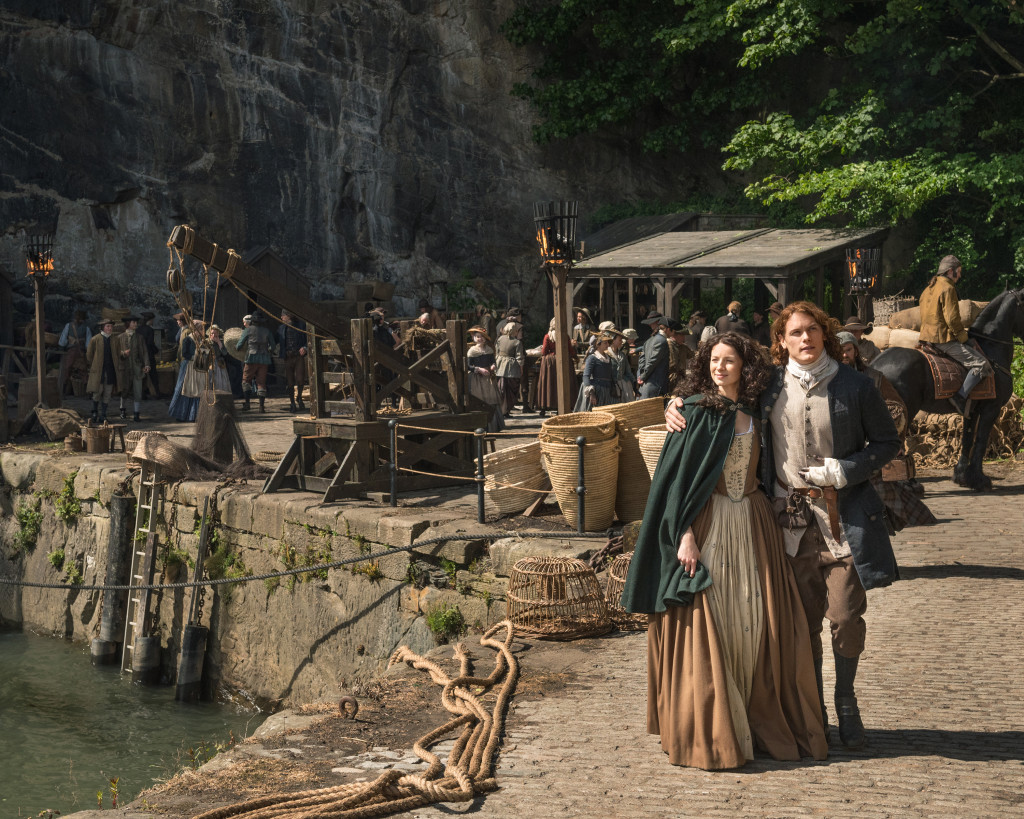 One of the things missing from the video of the Outlander panel at San Diego Comic Con (SDCC) is the Season Two teaser trailer that was shown to us at the beginning of the panel and then again at the end.  Ronald D. Moore said that the trailer will not be released online, so either it will be months until we see it again, or it will be in another form entirely.  Frankly, I was very surprised that they showed any footage at all considering they have only completed three episodes and are working on the next block of episodes.  I had the pleasure of siting in between Ginger and Summer of Outlander Podcast and got to hear their reactions as well.  Let’s just say there were certain words and names yelled out during the course of the approximately 1:30 minute teaser.  I really wish you all could see it.  It is a completely different look because of the switch in setting from Scotland to France for the first half of the season.

Below is my description of what I was able to see in the teaser.  It certainly is not everything.  All assumptions are my own and are not fact!

The trailer is set to an almost classical tune with some dramatic tones woven into it.  Seriously, if you don’t want to know anything about Season Two yet, don’t read anymore.