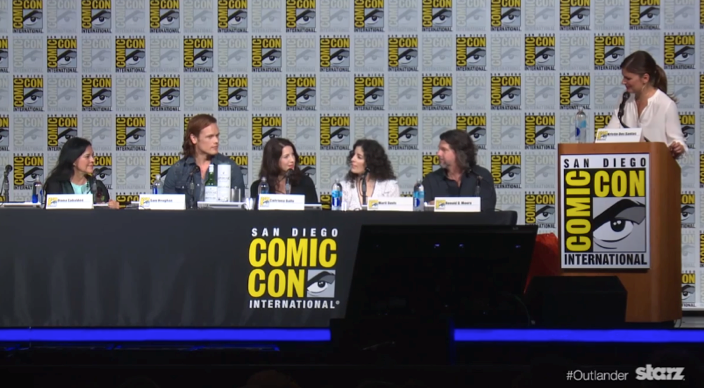 As Comic Con comes to a close in San Diego, Starz has released the Outlander panel from yesterday’s festivities. The panel, which was led by E!’s Kristen Dos Santos, included stars Caitriona Balfe and Sam Heughan, along with producers Ronald D. Moore and Maril Daivs, and finally author Diana Gabaldon. While the gag reel was released on its own yesterday, it is also included in the video below. The video does contain spoilers, so view at your own risk if you are unfamiliar with Dragonfly in Amber.