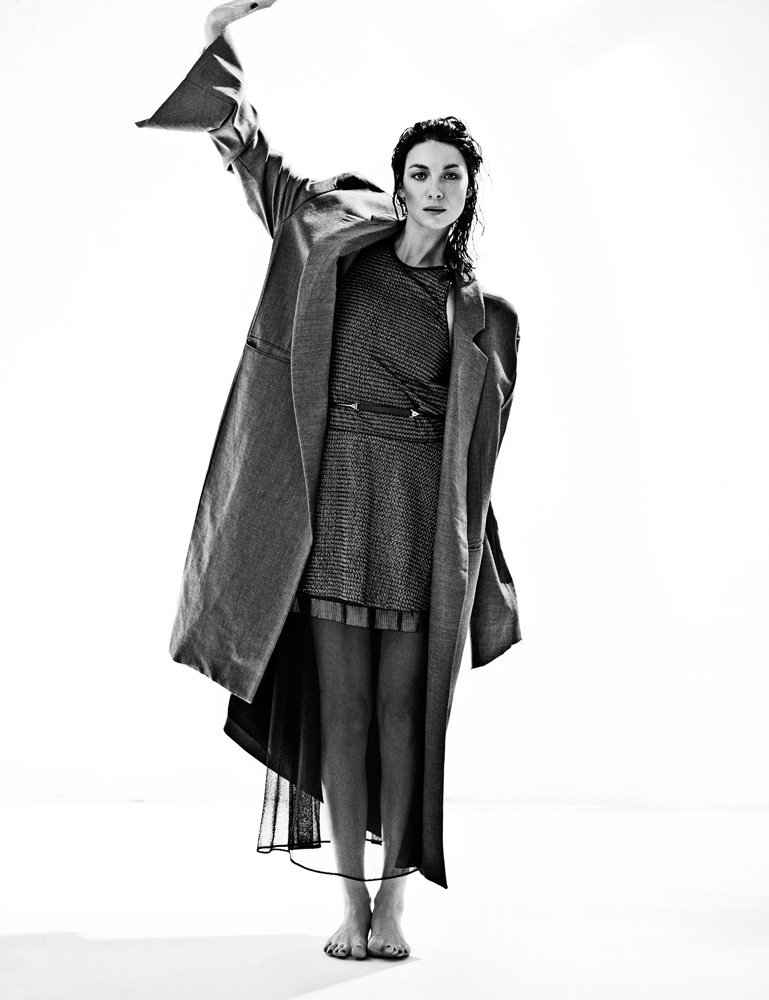 Interview Magazine continues to feature photos and interviews with the Outlander cast (Laura Donnelly, Sam Heughan).  In their May issue, Caitriona Balfe has a photo and small article about herself, not just Outlander. You can pick up the May issue (with Emma Stone on the cover) or head over to their website to read the interview.  Will Tobias Menzies be in June’s issue?

But her real coup was landing the lead role in the ongoing Starz series Outlander, a British-American TV drama that began the second half of its premiere season this spring. She plays Claire Randall, a WWII-era nurse who is transported back in time to 1743 Scotland. Balfe, who did not grow up riding horses but does plenty of it in Outlander, loves the physicality of the part. “Claire’s so passionate and vital; she loves hard and fights hard and works hard, and all of that felt like a very whole woman, very elemental and timeless in that sense.”