The New York Times ran a wonderful article with executive producer Ronald D. Moore and costume designer Terry Dresbach discussing their collaboration on the show and in another piece from the publication, Dresbach highlights eight costumes from the first season of Outlander. While Claire’s costumes dominate the list, Jamie, Hugh Monro, Black Jack, and Dougal MacKenzie are also featured among the eight selections. Check out the full feature here. 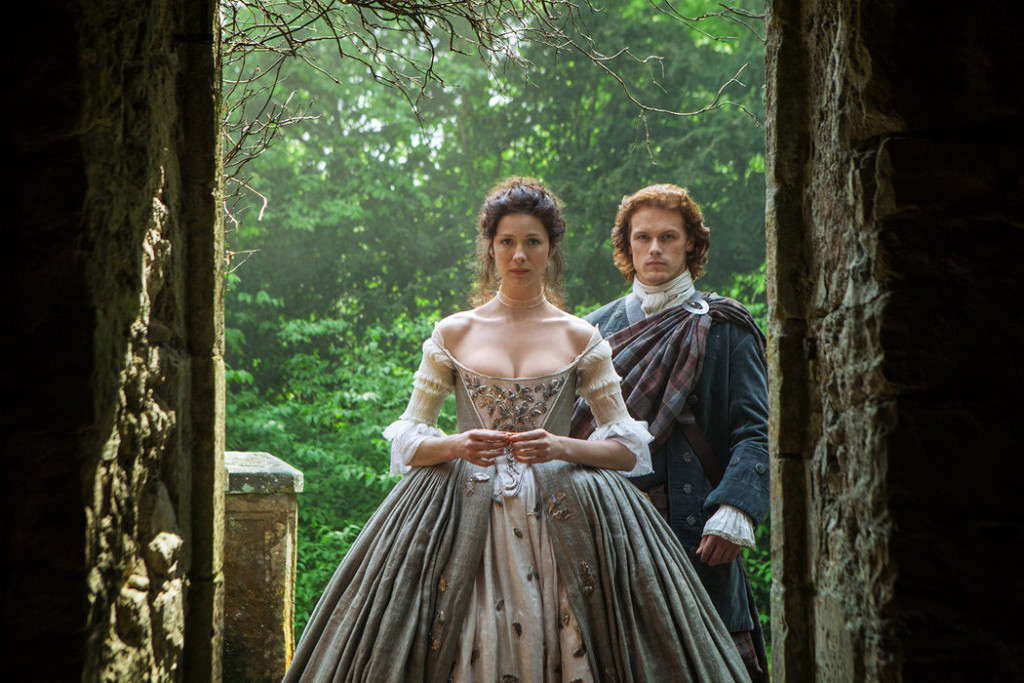 Claire’s Wedding Dress
“It was inspired by Ron’s line in the script that the sun had to come out when Jamie saw her. So it was incredibly important to me that the dress was reflective. We used a metallic linen, and we hand-embroidered it — it took months to make this dress. As for the acorns and leaves, the oak tree is a symbol of longevity through the world. Underneath the white you see another layer covered in shaved mica. We shaved mica for days to attach under the skirt so it would give a very organic shimmer in sunlight. There were no Bob Mackie sequins at the time, so we had to find as many ways to get light into that dress as we could.”

Jamie’s Wedding Outfit
“Jamie needed to be heroic. He needed to be the handsome prince. Ron said to me, ‘This has got to be the fairytale moment.’ I’ve read all the books and they’re still talking about their wedding in the eighth book. Ron and I have that with our own wedding. We remember that moment, and it comes up in our life all the time. You want to have an image that sears itself into their brains and into the brain of the audience. It’s the moment where these two people come together for the rest of their lives. As fantastic, ethereal and beautiful as she needs to be, he needs to be the perfect man — ‘The King of Men,’ as people call Jamie. What other color are you going to put him in but blue? Add the white at the neck, and he becomes Prince Charming.” 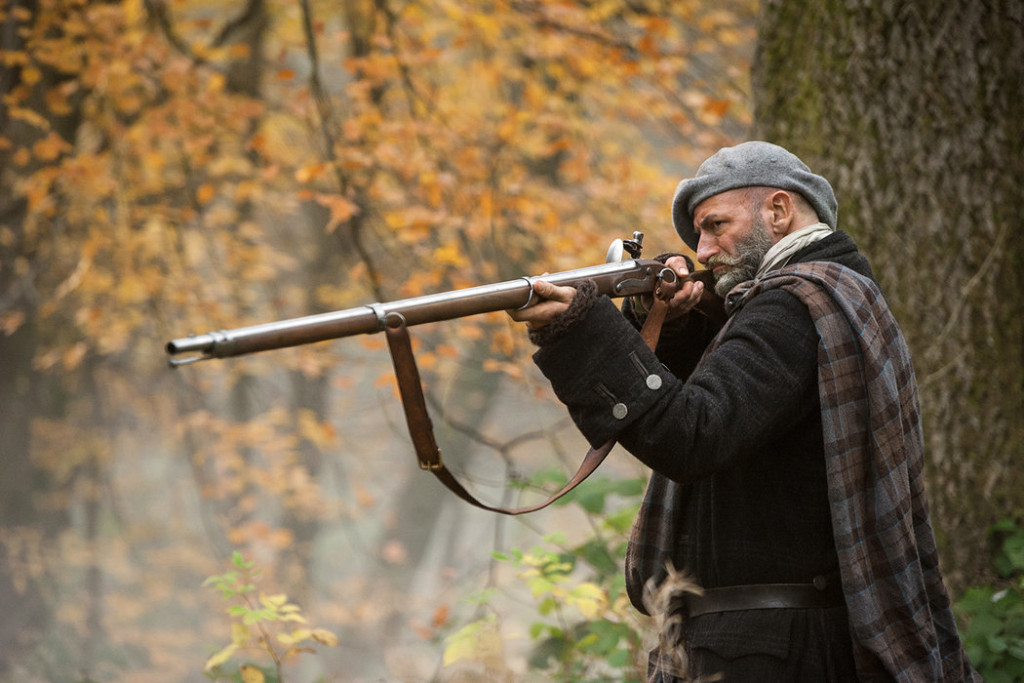 Dougal’s Cape and Sash
“We call Dougal (Graham McTavish) our Darth Vader. He only wears black and gray. He’s the War Chieftain. So there has to be a power to him and almost a sense of menace. As with any commander, the men have to revere him and fear him, so we tried to get that commanding presence. And Graham probably has a commanding presence in a Speedo. He puts these things on, and it’s remarkable. He’s fun to dress because he’s really into it. Our daughter loves him because he’s in ‘The Hobbit.’ She’s a little distressed that he’s tall.” 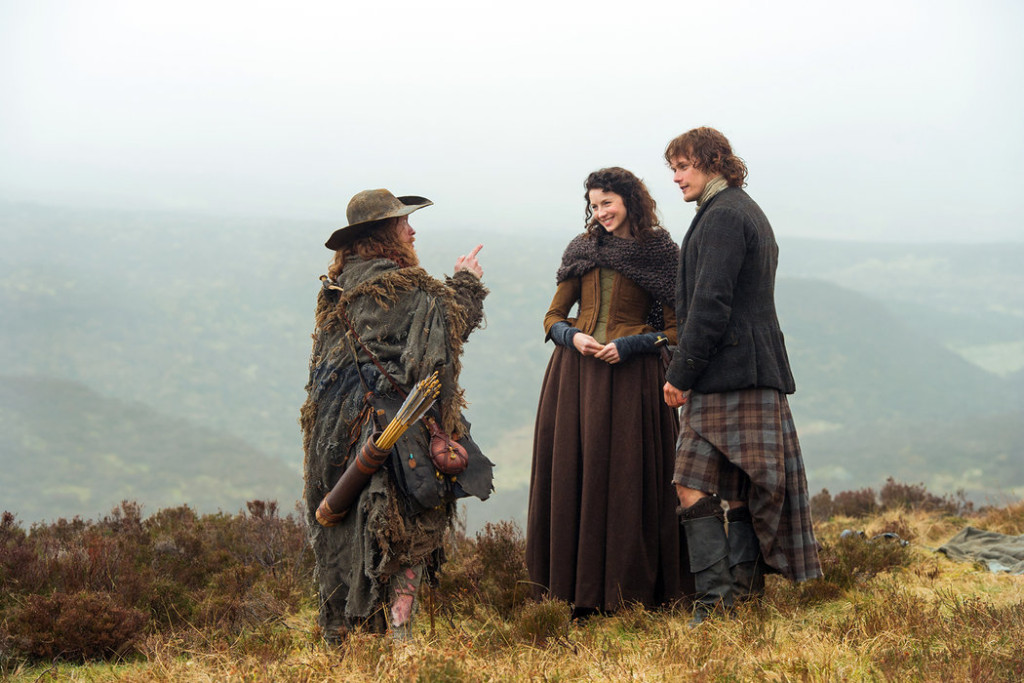 The Mute
“That gentleman there is in my favorite costume in the show. Hugh Munro (Simon Meacock) is a mute who’s gone off to fight in the Crusades and was captured by the Turks, and his tongue was cut out. He came back to Scotland, and they issued beggars’ badges for certain people. They were allowed to beg freely. Everybody focuses on the Claires and the Jamies, but the beauty of characters like this is no one cares what he wears. That‘s when you do the really amazing character work. His costume is literally made out of scraps we gathered off the floor of a mill in Scotland. And we wove them together by hand and created a coat of many colors. It is an extraordinary piece of art. On the front are all these beggars’ badges we gathered off eBay and Etsy. You can never see them close enough to know one of them is a 1950s swimming medal. But the antique relief work and imagery is there just enough to convey a beautiful depth.”