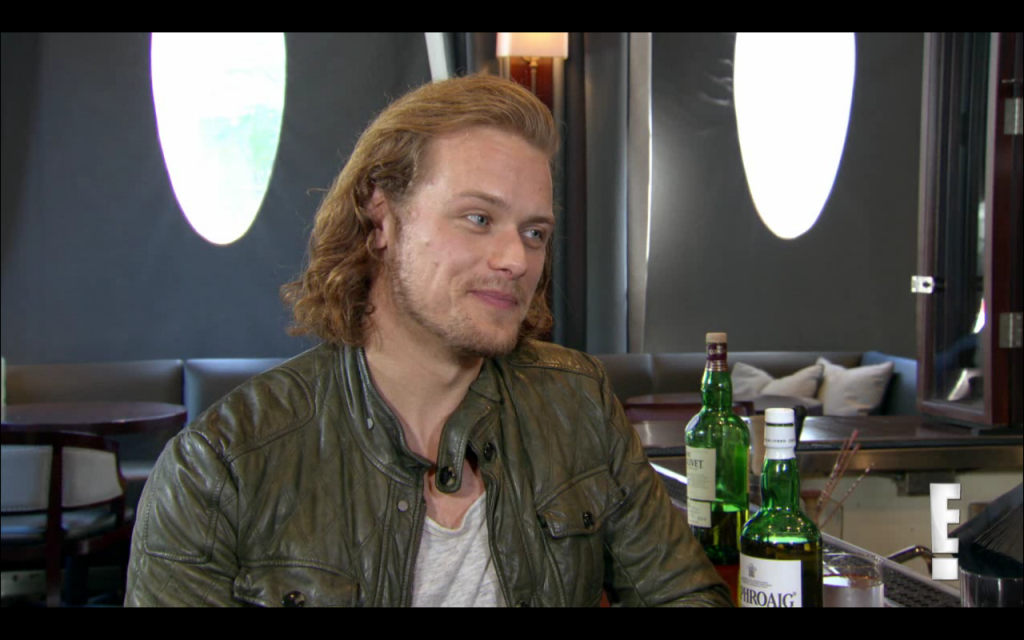 Just a few weeks ago, Sam Heughan and a few other key members of the Outlander team played a game of “Ne’er Have I E’er” with E!’s Kristin Dos Santos at Paley Fest and the it looks like Santos is at it again! In her latest interview with Heughan, the pair partake in a bit of Scotch tasting while providing fans with another lively discussion about the series. During the interview/Scotch tasting, the Heughan discusses the appeal of Claire and Jamie’s relationship, the show’s generous fans, and more. Santos also gets Heughan to speak a little bit of French before the pair settle in for a bit of Scotch tasting. The first video below features the interview and Heughan shows off his Scotch knowledge in the second.