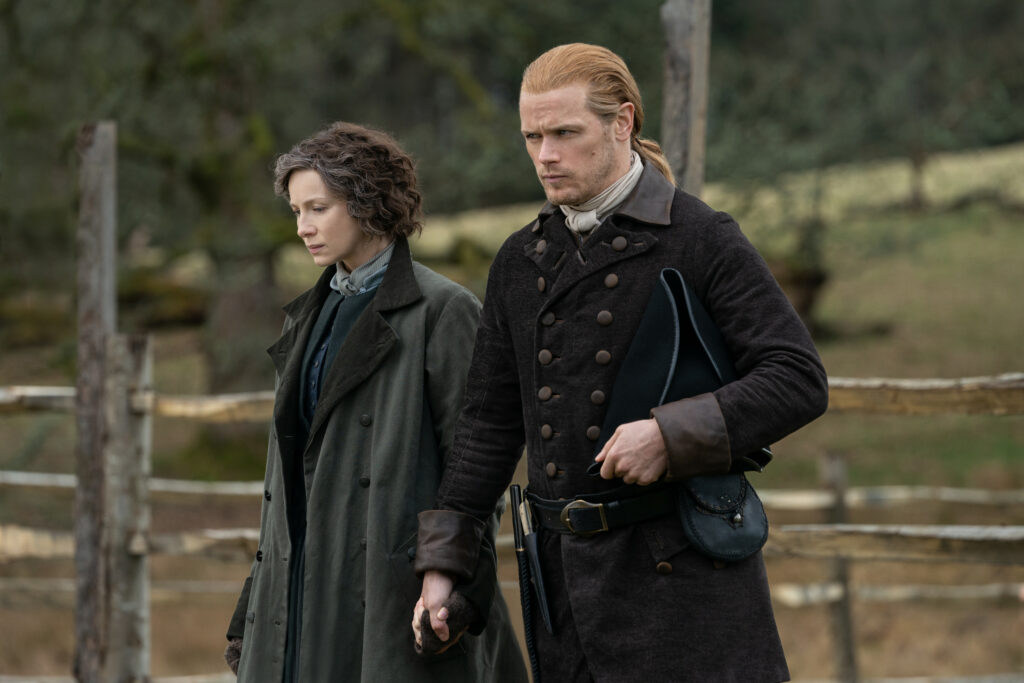 Pardon me for sounding completely hyperbolic, but this past week has been complete and utter hell. I feel cruel for saying this, but watching Claire (Caitriona Balfe) go through everything in this episode felt strangely comforting. I wasn’t alone in my pain. And boy, was Claire in pain this episode.

So, in honor of pain, I’ve coined a new term. Instead of saying, Life’s been a b***, I’m going to say life’s been a Christie.

I’m seriously stumped on who killed Malva (Jessica Reynolds). As much as I’ve hated Tom Christie (Mark Lewis Jones) with a fiery passion this whole season, I really don’t think he would risk damnation for his whore of a daughter (sorry, Malva).

I’ve been trying to put on my Sherlock thinking cap and narrow down the possible suspects, much like Roger (Richard Rankin) did in the episode. It has to be the real father of her child, and that’s the best motive I can think of. But who was it? It can’t be a random Fraser’s Ridge settler; this show is too good just to have a throwaway killer be introduced after the fact. 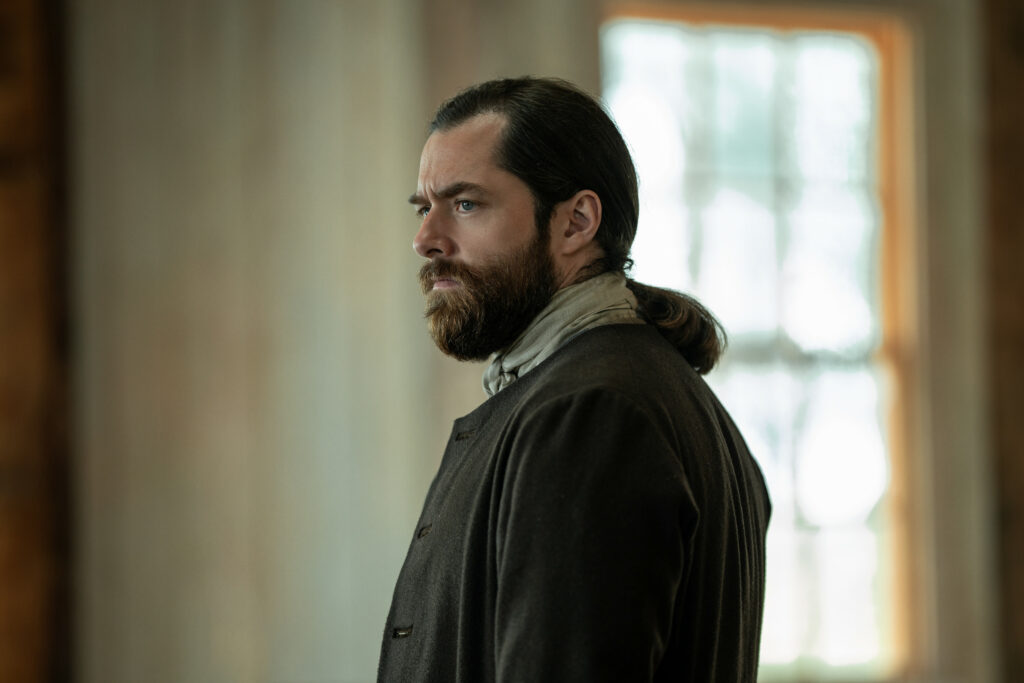 Stop the sleuthing and stick to ministry things, sir.

AT LEAST, I can confidently say it WASN’T CLAIRE. Where’s my Captain Obvious hat? Of course, it obviously looked suspicious when Tom and Allan (Alexander Vlahos) arrived in Claire’s garden to find Claire alive and bloody with a knife in her hand and Malva dead at their feet.

Once again, our heroes are stuck in a situation that could’ve been solved with modern conveniences. If only someone could test the killer’s DNA on Malva! Mystery solved!

But this is Outlander, where things aren’t easy, and everything is pain.

I felt for Claire when she started questioning herself. Obviously, she didn’t kill Malva, but there’s always that nasty voice in your head sowing seeds of doubt, especially when you still haven’t recovered from the trauma. She did technically have the motive, after all! She had that dream where Malva was taunting her! Claire succumbs to the doubt seeds, letting them grow inside her mind, leaving her in complete mental agony. 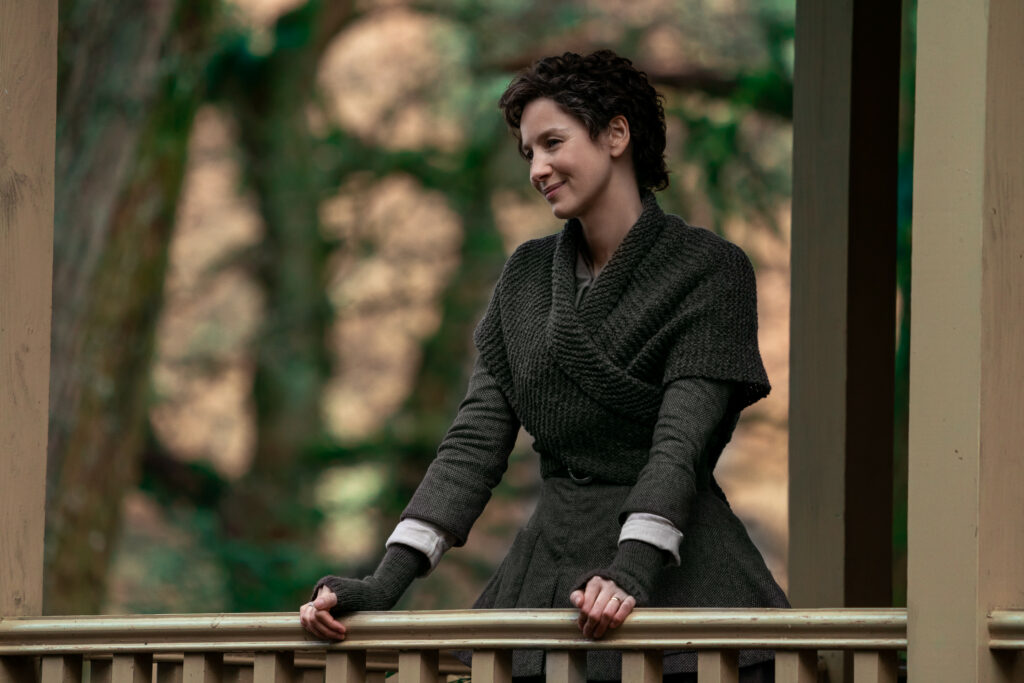 I just want the Queen of the Ridge to smile again.

It’s a great demonstration of why sometimes being strong can be detrimental to one’s health. Claire prides herself on her strength, but I LOVED when she finally broke down to Jamie and told him everything, how she used the ether as an escape from Lionel Brown (Ned Dennehy) taunting her in her mind and how she felt like everything wrong that had happened since she returned to the past was her fault.

And Jamie (Sam Heughan) says exactly what she needs. She doesn’t need to be strong all the time. He’s there for her to shoulder her pain, trauma, fears, and anxieties. But he can’t help her if she won’t let down her walls.

It’s not as if Jamie is saving Claire. He’s there to hold her when she needs it, love her at her lowest, and reassure her he’s there. I’ve repeatedly said that Sam and Caitriona deserve Emmys, and I’ll say it again. These two are absolutely phenomenal, and it’s a complete travesty that they haven’t won at least two Emmys a piece for their work.

Claire has spent her whole life healing others. But in the process, she ignored the person who needed healing the most. Herself. 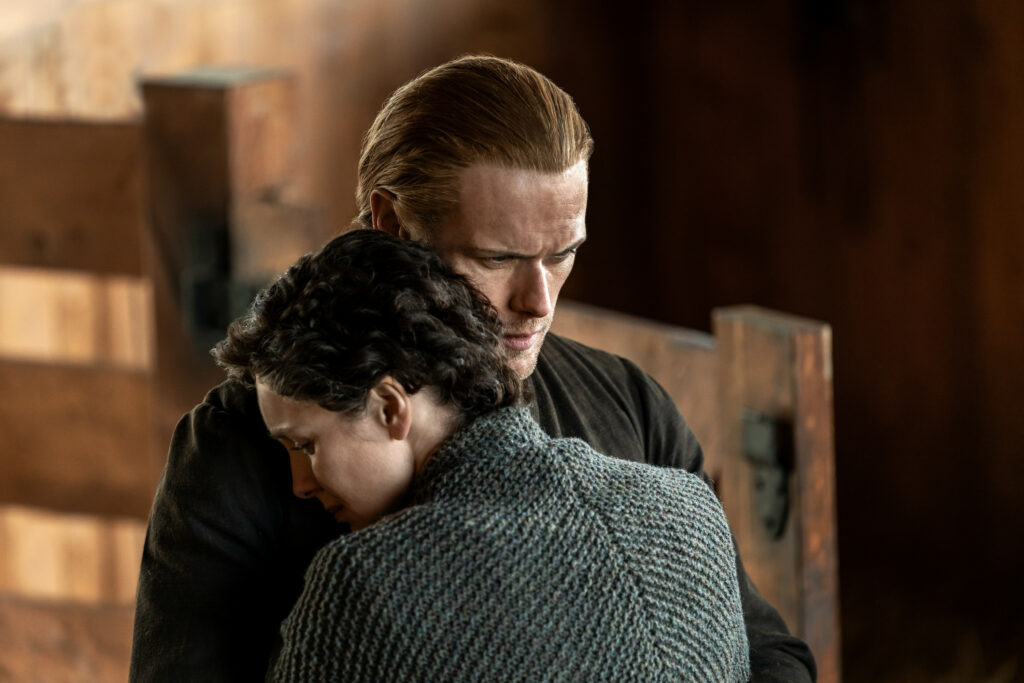 Sometimes it’s the doctor that needs the medicine.

Thankfully this episode wasn’t entirely an hour of misery and pain. Lizzie (Caitlin O’ Ryan) had continuous trysts with both of the Beardsleys, and now she’s pregnant at their hand…s.

Lizzie declares she loves both of them and call me old-fashioned, but I’ve always believed you can only one person at a time. YOU ONLY FEEL THIS WAY BECAUSE THEY LOOK AND ACT THE SAME, LIZZIE!

But what do I know? This whole interlude was utterly hilarious and a welcome detour from the over DARKNESS.

And honestly, I still can’t tell Kezzie and Josiah apart either (and I seriously forgot the same actor played them, Paul Gorman, duh, you grew up on the Parent Trap, ye moron). 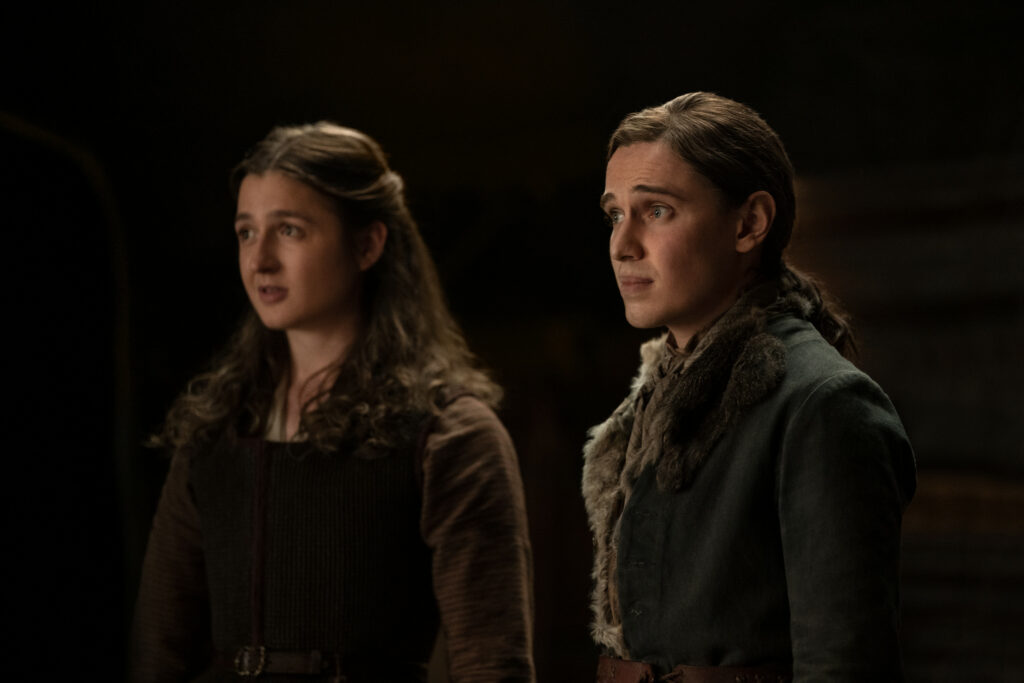 Wait. Okay, was it one of the Beardsleys who killed Malva? Did they seek her out when Lizzie was like, just being Lizzie, or flirting with the other twin, so they tried to see if they could love someone else and let their twin have their Lizzie lady?

Please feel free to laugh at my ridiculous theory.

In another case of this is what happens when you don’t have cell phones. After Jamie had her handfast to the other twin, Lizzie tricks Roger into marrying her and Josiah (or was it Kezzie?).

It was honestly quite a comedically conniving thing to do on Lizzie’s part. She truly believes she loves both of them, but Jamie’s right. She’s got to pick one and stick with him. How will they undo one of Lizzie’s marriages?

Sadly, Lizzie’s polygamous hijinks came crashing to a halt when Richard Brown (Chris Larkin) came riding up to the ridge with his men. 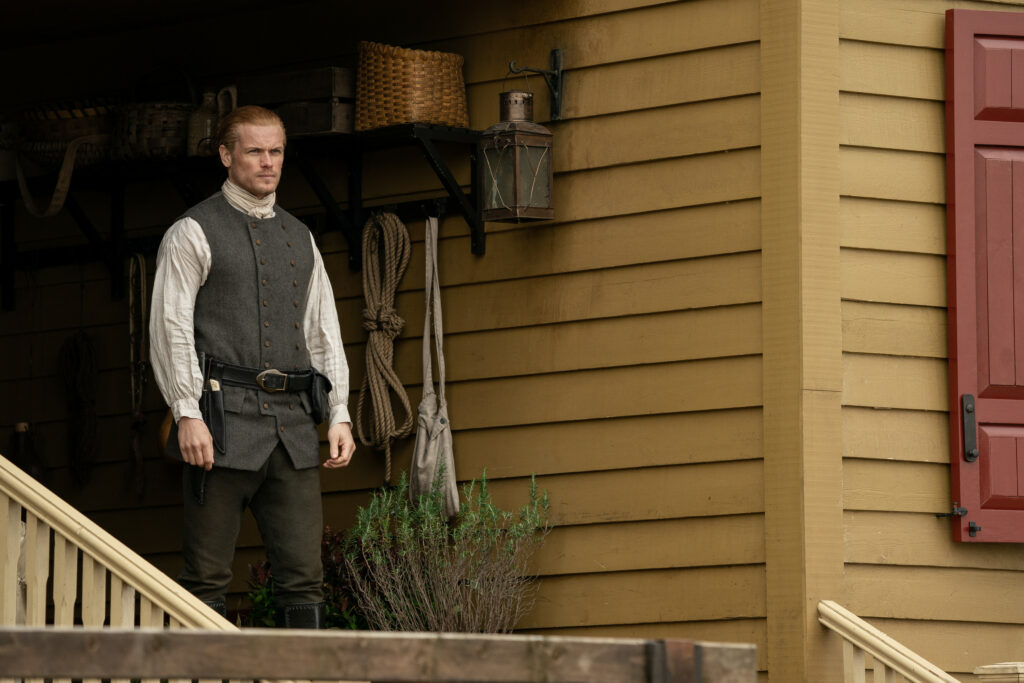 Please kick some ass, sir. I’m sick of these idiots ruining everything.

Yup. They’ve come to arrest Claire for Malva’s murder. BECAUSE THINGS JUST CAN’T GET BETTER FOR THE QUEEN OF THE RIDGE, CAN THEY?

I KNOW I SAID IT FELT GOOD THAT CLAIRE WAS SAD TOO BECAUSE I HAD A HELLISH WEEK, BUT I DIDN’T WANT THIS??

Of course, that’s the cliffhanger ending until next week. Is there any way Jamie can stop Claire from being arrested? IT JUST HIT ME AMERICA STILL ISN’T A THING YET, SO CLAIRE CAN’T DECLARE HER RIGHT TO A FAIR JURY OR HER RIGHT TO REMAIN SILENT OR ANY OF THAT.

In conclusion, everything is pain.

Worst Character So Far: Anyone that hurts Claire.

Synopsis: “Richard Brown and his Committee of Safety arrive to arrest Claire for murder but finding a judge to try their case proves difficult.”