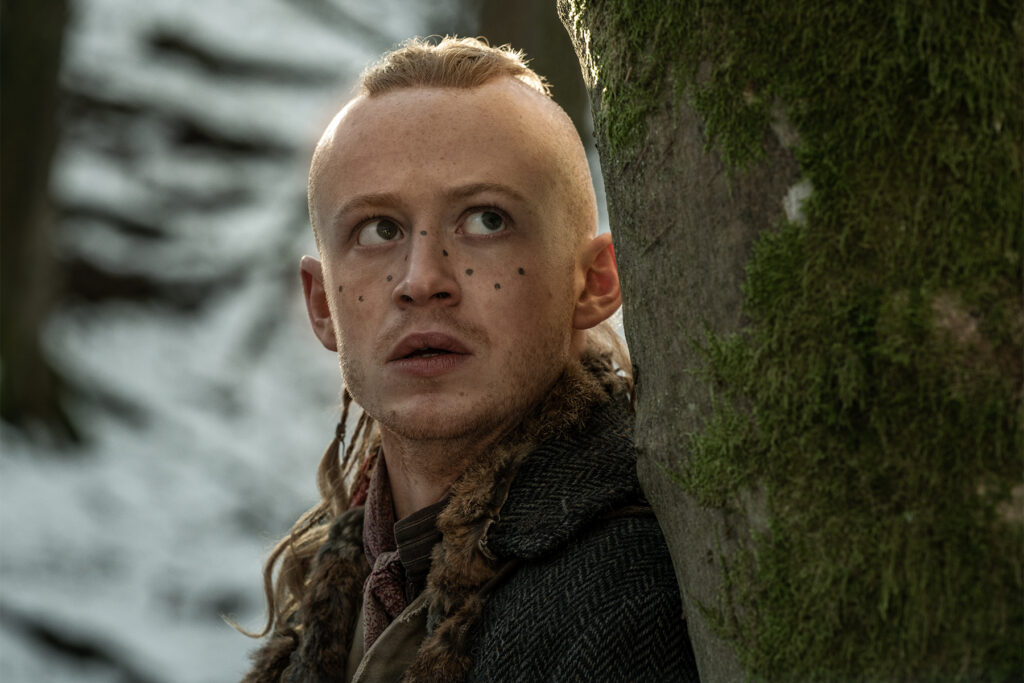 John Bell (Ian) spoke with Digital Spy about his time on Outlander, and they delved into season six and the upcoming season seven.  Quotes are below, but head over to Digital Spy to read more of the interview.

“When the new book [the ninth in Diana Gabaldon’s Outlander series] came out in November, I flicked right to that last page to check: ‘Is he still there – great!’ I was thinking ‘Please don’t die, please don’t die’, so of course I want to keep going,” he said.

“My favourite part of the day is the make up in the morning, I get to sit there and have a goss, have a blab, and then go from looking scrawny to being a ‘warrior’. I put that coat on and Caitríona [Balfe] comes up to me and says, ‘You’re looking butch today, John.’ Oh yeah!”

“I’ve grown up with the show so it has been amazing. And I have grown up with this character,” he added. “I don’t know when we go back [on set to film season seven], but I think they said spring, so hopefully it’s soon!”