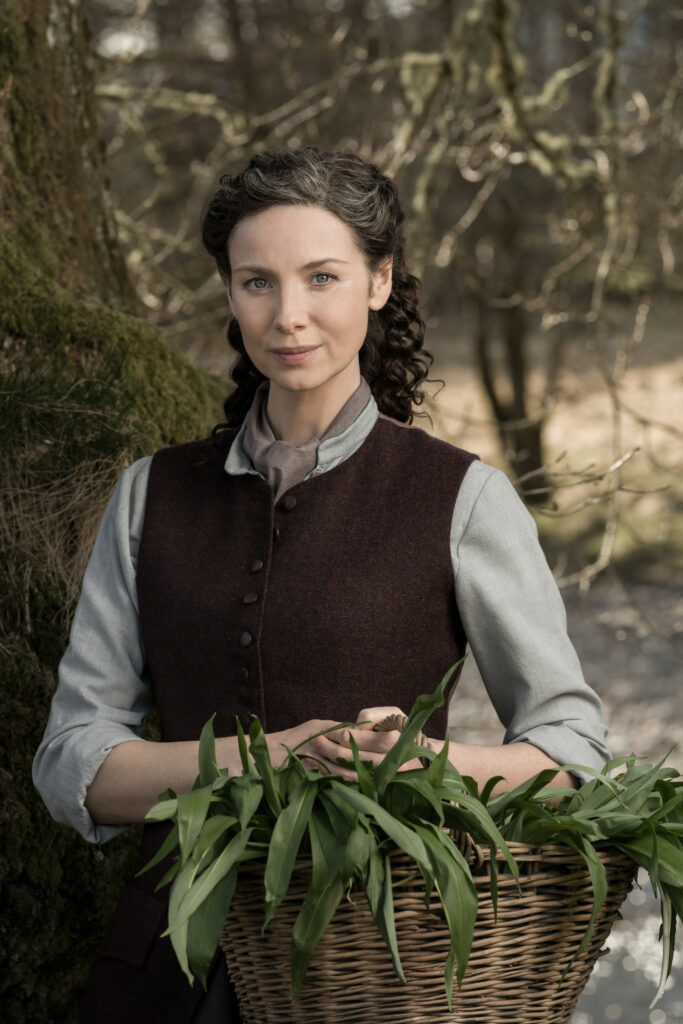 Caitriona Balfe continues to do press for her film, Belfast, and since the premiere of season six of Outlander is coming up in less than two months, journalists are also sneaking in a question or two about the show.  During an interview with Deadline, she commented again about the future of Outlander past season seven as well as her character’s development in season six.

So will Season 7 be the last? “I don’t know what’s going to happen,” Balfe said. “This is the only one thus far that’s been picked up. It would be 10 years. We all feel like we’re so lucky that we’ve gone this far. Who knows what happens after that, but how lucky we’ve been, right?”

As for the upcoming Season 6, Balfe said, “From Claire’s perspective it’s a lot about healing and a lot about letting those around you who you love help you. I think sometimes people can try and do things on their own a lot, especially at the moment, when everyone’s struggling and people have been having a hard time, it’s easy for people not to reach out. And I think people can quite often tend to want to take on their battles themselves. I think we see with Claire this season that those around you who love you are so important when you’re going through tough times.”

Balfe also said she would love to direct at some point soon. She had been in discussions to direct some of Outlander last season but “many things got in the way, like the pandemic, and my schedule and then my pregnancy, so it didn’t happen, but hopefully this season I’ll get to do something” she said.

It’s definitely something that I hope that I get to do in the future. The beauty of Outlander is that I’ve had the greatest school for the last seven, eight years, and I definitely have kept my eyes and ears open and picked up as much as I can, but it’s also meant that I haven’t had a huge amount of time to try these other things that I want to do, so I hope in the future that I get to.”