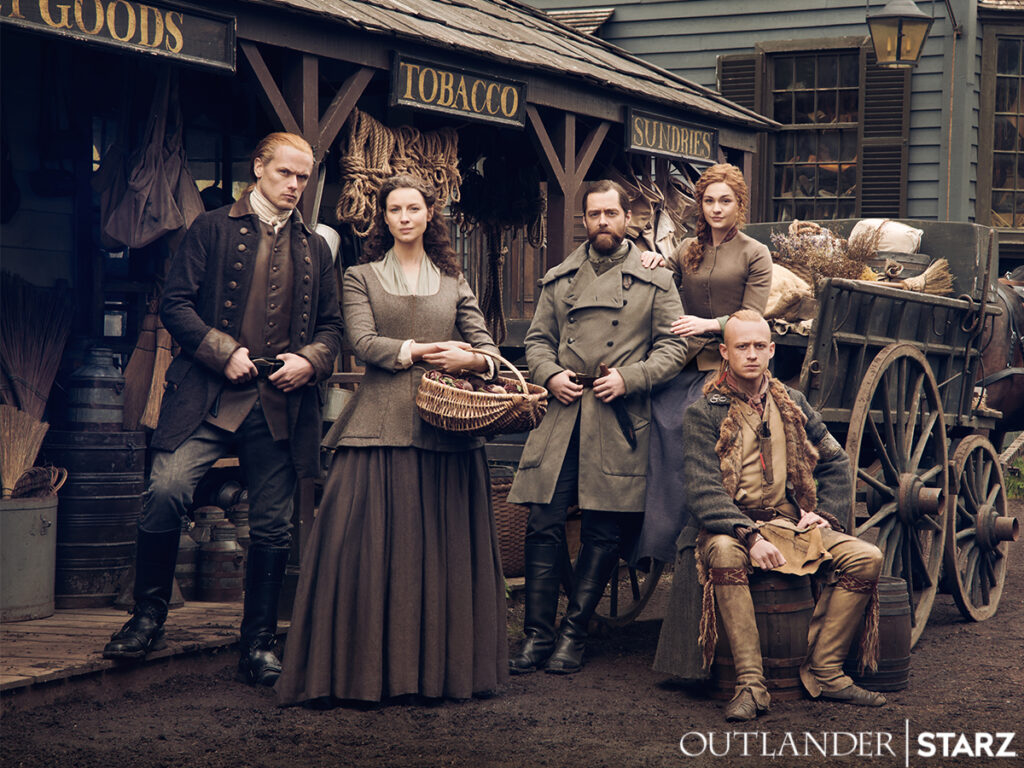 Tonight, it was announced at the end of the BEES live-stream event by Diana Gabaldon herself that season six of Outlander will premiere on March 6, 2022.  No more of this “Early 2022” since we now have the premiere date!  In addition, the first episode will be an extended episode, probably with a length of 90 minutes.  Diana called this season the best one yet (besides the spectacular first season).

Starz shared a new official photo along with the announcement.  The characters that are in the image are (Sam Heughan), Claire (Caitriona Balfe), Roger (Richard Rankin), Brianna (Sophie Skelton), and Ian (John Bell).