As fans arrived at the Outlander panel this morning at New York Comic Con, they were handed a poster of the season six key art.  It wasn’t until later during the panel was the key art officially revealed.

The key art shows Claire (Caitriona Balfe) and Jamie (Sam Heughan) holding hands with their backs turned, faces turned toward each other.  They are walking in the grass with a river in the background and a house can be seen faintly in the background on the right.  It’s Fraser’s Ridge.  The tagline for the key art is “Come What May.”  The key art also says “Early 2022,” so there is still no premiere date for season six. 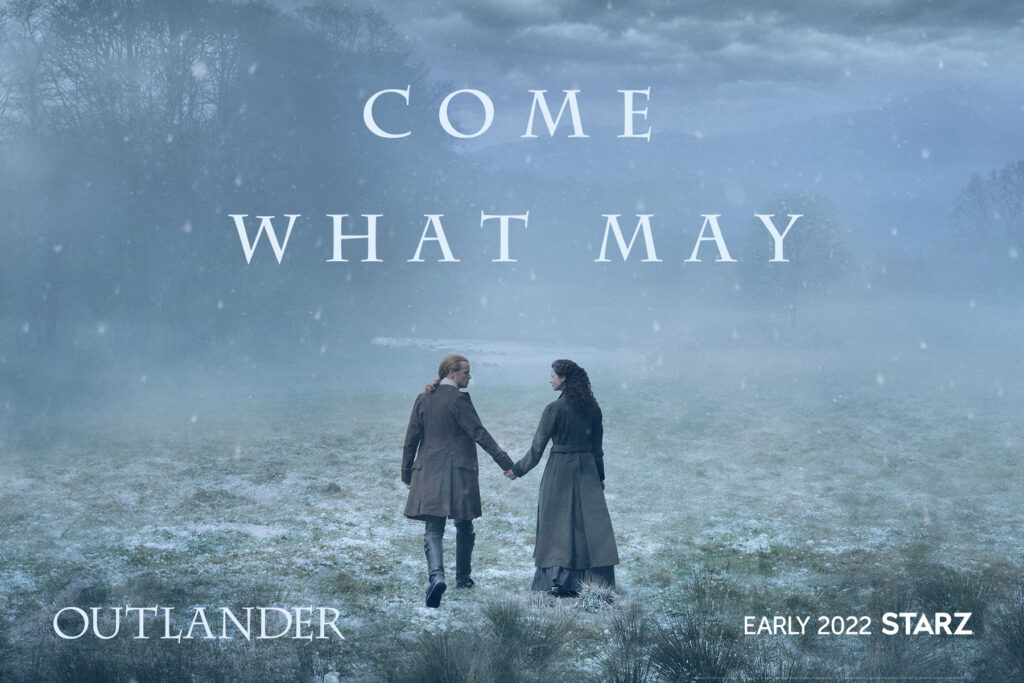 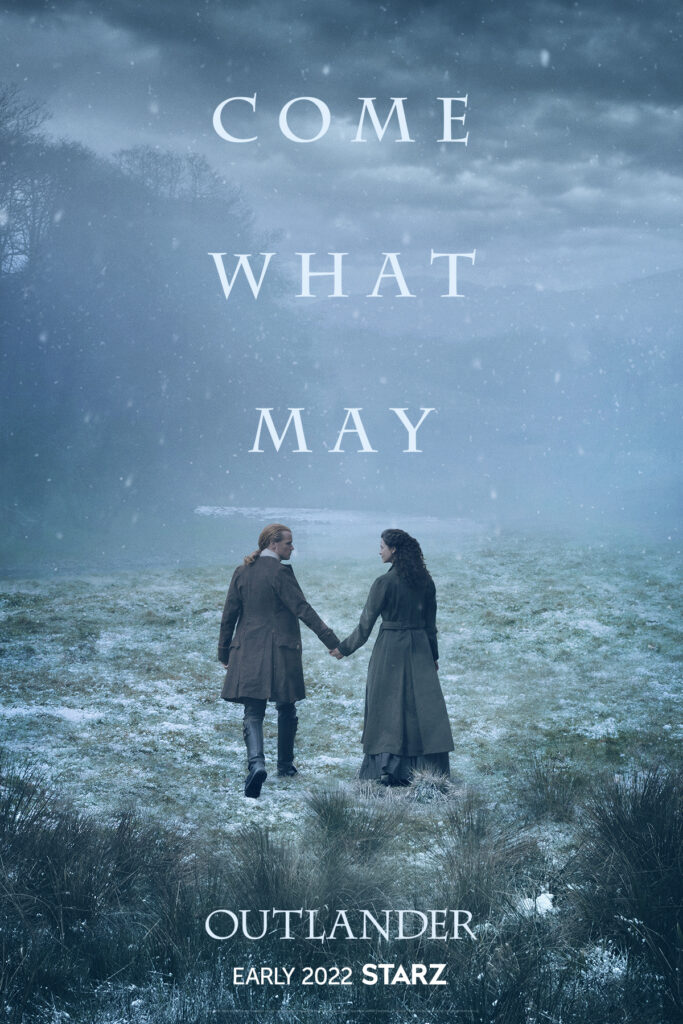 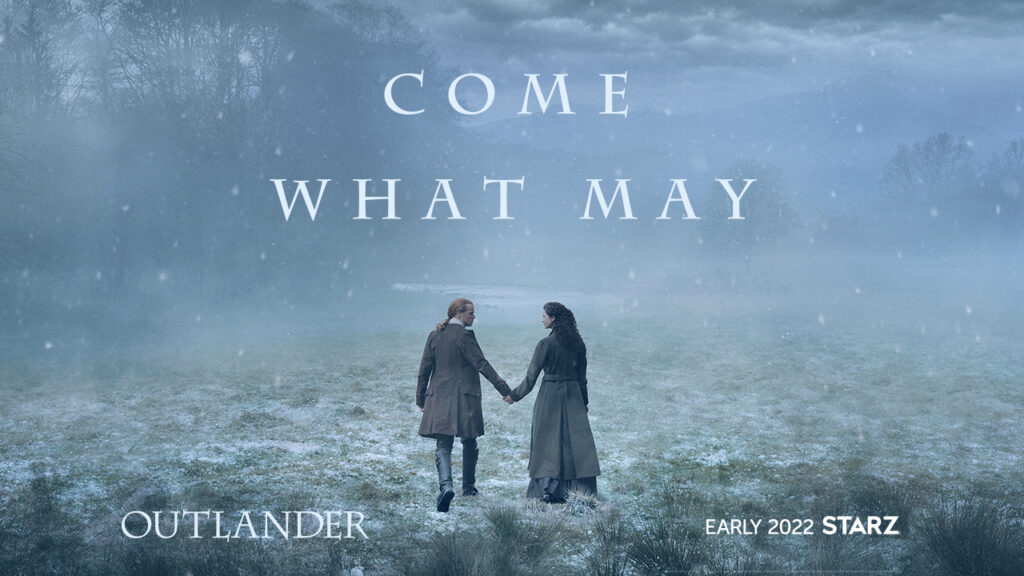