Entertainment Weekly (EW) published The Ultimate Guide to Outlander for season five and it looks like we will have another one for season six.  Outlander TV News previously covered the season five version of the magazine if you want to take a look at what an issue like this looks like.  No word on when it will be on the magazine shelves in stores, but it says that it will be displayed until January 7, 2022.

Thanks to Loni Ferguson on Twitter for sharing an image of the cover and alerting us to its presence! 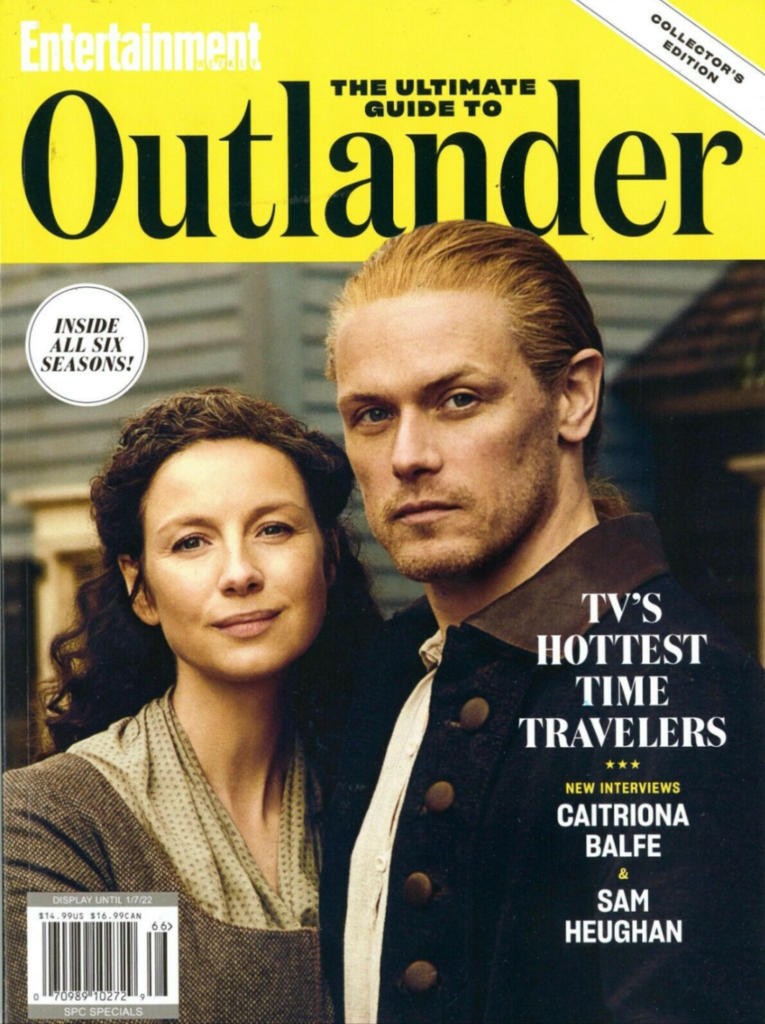