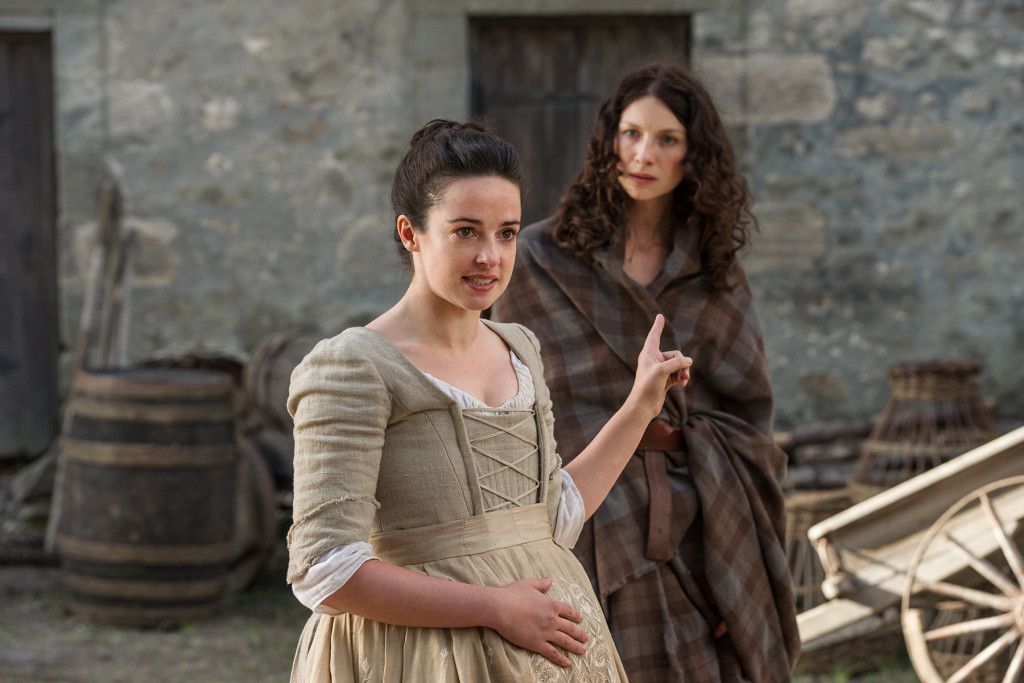 Our favorite interviewer, Tara Bennett, interviewed Laura Donnelly for her new series The Nevers (premieres on HBO on April 11).  Tara asked Laura about her Jenny returning for Outlander television adaptation because book readers will know that her character returns to the story.  It doesn’t sound positive for the return of Laura as Jenny, but as she says, she hasn’t been contacted by the Outlander producers about returning to the show.  The relevant excerpts are below, but head over to the SYFY to read the entire interview.

Lastly, Laura, your character on Outlander is still very much part of the book narratives. Is there a chance you could show up once more in a future season?

Donnelly: I saw that they got their [Season 7] pick-up! And there are several elements to it. I haven’t had any conversations with the producers and I don’t know if they will get in contact. Jenny [Fraser] is like a great grandmother by the time they go back. [Laughs.] And I’m not sure playing a great grandmother is where my heart lies.

But they do make “old” very attractive on that show.

Donnelly: Well, Caitriona and Sam can carry that. [Laughs.] I wasn’t quite so glamorous in our old age. But no, the main thing obviously is availability. I’m shooting this for the rest of the year as we finish the first season. And it does take up so much of my time. And it’s so all-consuming. The fact that I have two little kids and I love doing theater all come before another screen job will. I don’t want to get anybody’s hopes up.