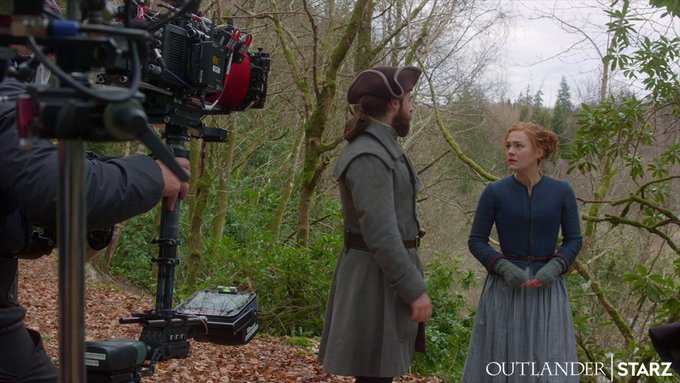 To increase the viewership of the latest Men in Kilts, Starz shared a new behind-the-scenes video of Outlander season six filming before the newest episode started.  Included in the video are brief interviews with Sam Heughan, Caitriona Balfe, Sophie Skelton, and Richard Rankin.  All four can be seen in the behind-the-scenes footage including César Domboy, Lauren Lyle, John Bell, and the new faces, Alexander Vlahos, Mark Lewis Jones, and Jessica Reynolds.  From the video, we can also see that at least one redcoat comes into the story in first couple of episodes.

What did you think of this new look at season six?

ICYMI: Season 6 is going to be amazing. See for yourself with this look behind the scenes.

Catch up on Seasons 1-5 of #Outlander any time on the @STARZ App: https://t.co/izxi7qPRux pic.twitter.com/KTS6cM4xKf