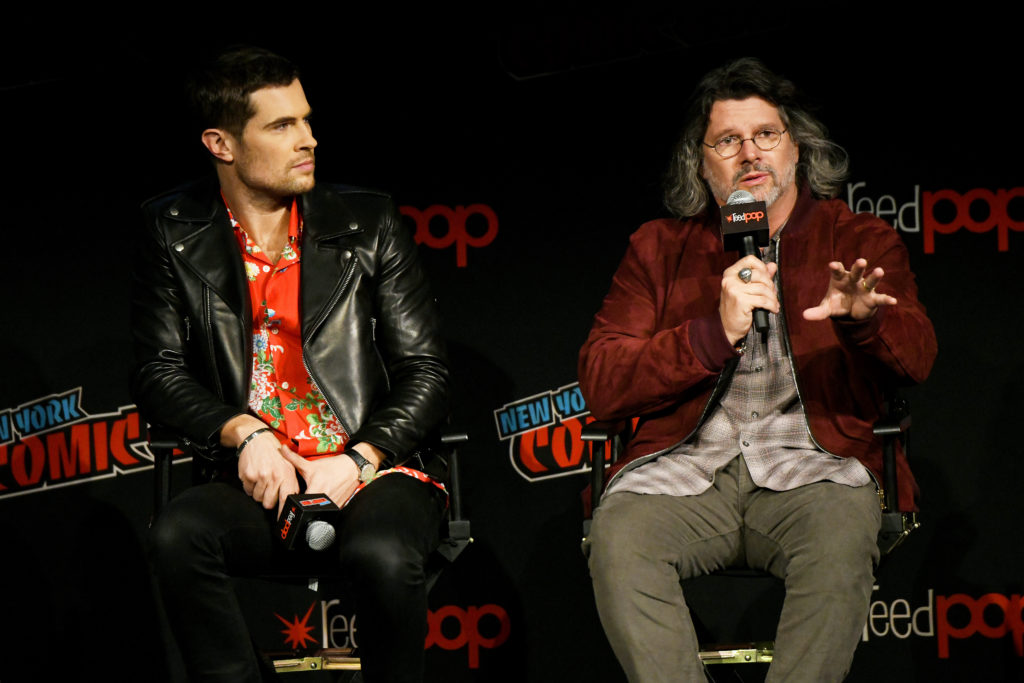 In a recent podcast interview with The Hollywood Reporter, Ronald D. Moore was asked about Outlander, specifically why there weren’t numerous spinoffs already because of its success.

The show hasn’t been renewed beyond season six yet. What conversations have you had about expanding the show beyond that, whether it’s a season seven or spinoffs? I’m a little stunned that a global hit like Outlander that is based on such beloved novels hasn’t by season six already had two or three spinoffs.

Yeah, I am too. Conversations are underway on both season seven and on a spinoff and I think we’re going to have good news on both those fronts before too long so I feel very optimistic about it. I agree that I would’ve been happy to see it happen sooner than this but everything happens in its time. I think both those things are probably going to happen and hopefully we’ll be able to say something about it before too long.

Even though Ronald D. Moore is leaving Sony Pictures Television for 20th Television (Disney owns that company), he will continue to stay on Outlander as an executive producer.

As we talk about so many of the franchises you’ve had your hand in, let’s not forget about Outlander. Season six due this year. What is the nature of your relationship with that show considering your new deal with Disney?

It’s the same as it has been the last couple seasons in that I no longer day-to-day showrun it; the showrunner is Matt Roberts, who was with us from the very beginning of the project. I see the scripts and look at the cuts and give feedback to Matt and then he goes off and takes the notes — or doesn’t. My involvement will continue on both those avenues going forward.

It sounds like a season seven pickup and possible spinoff(s) are in the near future, but nothing is 100%.  Obviously, once all the negotiations and contracts are signed, Sony and Starz will make the announcement, and it will be official.  Do you think Sam Heughan and Caitriona Balfe will continue with the series if it continues?  What spinoffs do you think are possibilities in the Outlander world?  The most obvious answer is Lord John Grey considering Diana Gabaldon’s separate novels about that character.

Chime in below in the comments!