We knew it was probably already happening, but Starz made it official today with a press release, a photo, and a video announcing that season six of Outlander is filming.  After what is almost a year delay (thanks, COVID-19), the cast and crew are back at it, bringing one of our favorite book series to life yet again.  There is still no word on a season seven pickup or any mention of this season being its last (fingers crossed that it’s not).

From the video, we can see the addition of a stable barn as well as a chapel or a small church to the sets for season six.  The photo shared shows Caitriona Balfe and Sam Heughan in a horse-led carriage.  It also shows that the first episode is titled “Echoes” and is written by Matthew B. Roberts.  From the glimpse of the clapperboard, it has that day of filming on January 7, 2021. 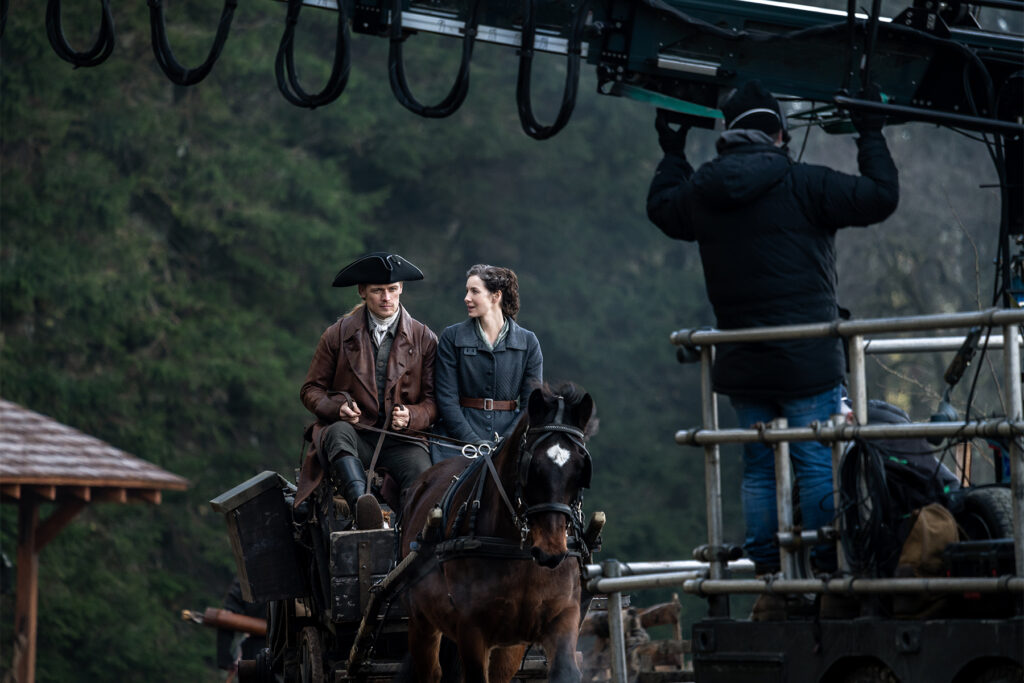