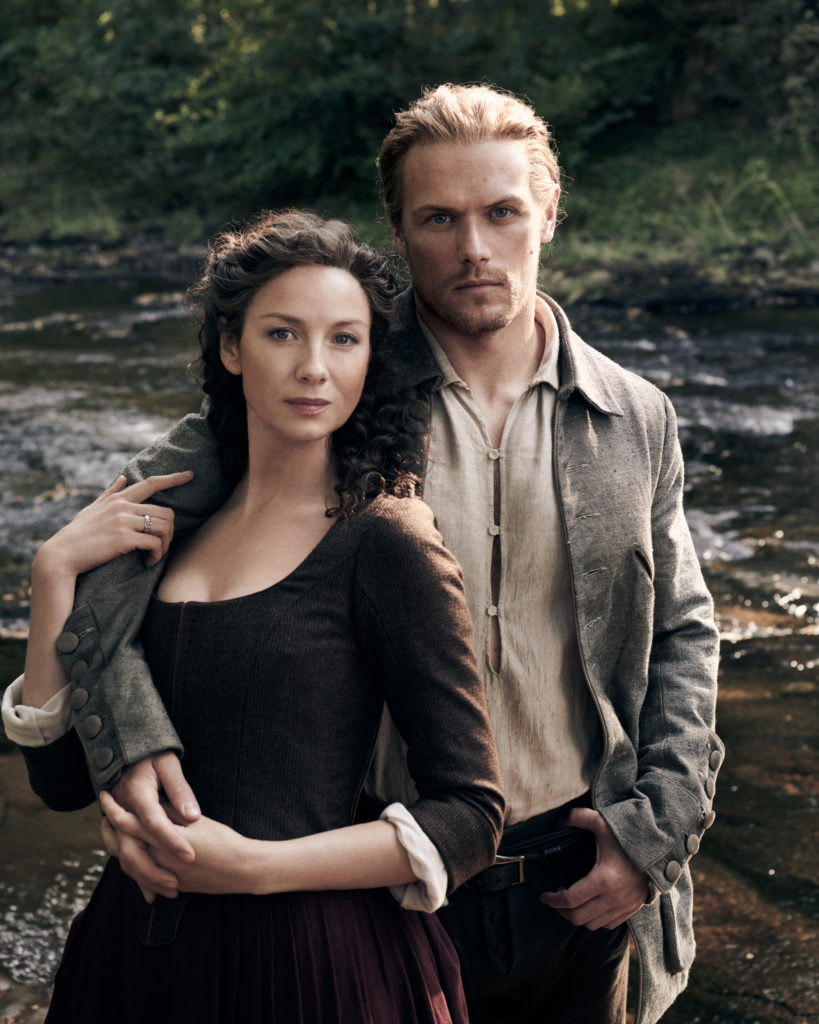 Sony has thrown Outlander fans a bone since filming on season six has not even begun (yet).  Beginning August 23rd for four Sundays, there will be new Outlander content for fans to enjoy.  This series of videos premiering on Facebook is benefitting Doctors Without Borders, and hopefully, fans will enjoy the new content as well as donate funds to a worthy cause.  Below is the rundown from Deadline of what each Sunday video will entail and check out the teaser video below as well:

“Book Corner with Diana Gabaldon and Maril Davis (August 23): Outlander author Diana Gabaldon and Executive Producer Maril Davis look back at the process of adapting Gabaldon’s work for the screen and answer die-hard fan questions. Diana also teases her upcoming ninth book, an excerpt of which will be included in the Outlander Season 5 Collector’s Edition.

A Taste of Outlander (August 30): Theresa Carle-Sanders, author of the Outlander Kitchen cookbook series, is joined by cast members Lauren Lyle (Marsali) and John Bell (Young Ian) to make a historically-inspired dish of fish and chips, a recipe from her latest book Outlander Kitchen: To the New World and Back Again.

The Music of Outlander (September 6):  Series composer Bear McCreary and singer Raya Yarbrough discuss their favorite musical moments from the past five seasons of Outlander. They’re joined by Maria Doyle Kennedy (Aunt Jocasta), who performs an at-home rendition of “Flowers of the Forest,” as well as the twelve original singers of the season five theme for a breathtaking a cappella version of “The Skye Boat Song.”

Catch Up with Caitriona and Sam (September 13): Claire and Jamie themselves, Caitriona Balfe and Sam Heughan, reunite to catch up on life, discuss favorite moments from the past five seasons and answer fan questions from around the world.

We're excited to announce the Outlander End of Summer Series Sundays 10amPT/1pmET. Tune in for exclusive performances, Outlander Untold sneak peeks, and conversations with some of your favorite cast members. Follow us on Facebook to catch every episode. #OutlanderSummerSeries. pic.twitter.com/v8uCE4Z4wu