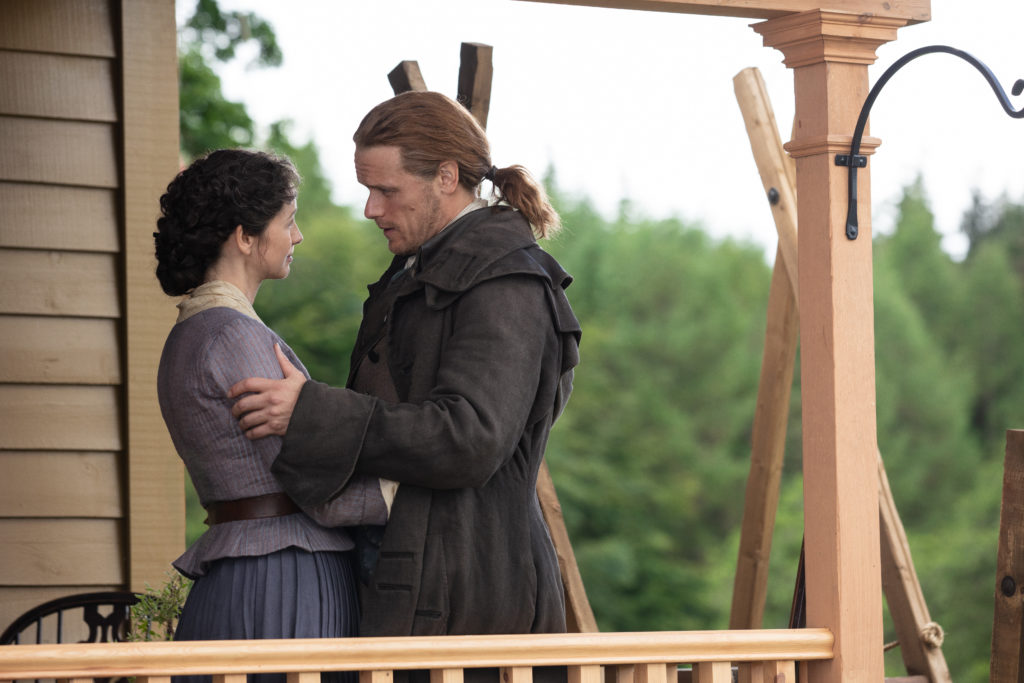 Outlander Season 5, Episode 5 Reflection: All These Things That I’ve Done

“I am so much older than I can take

And my affection, well it comes and goes

I need direction to perfection, no no no no, help me out

Yeah, you know you got to help me out”

The fifth episode of this season, “Perpetual Adoration,” begins and ends with Claire in meta-prayer, at once meditating and reflecting on the action those internal words may impel. If prayer is active rather than passive, she ruminates, then do the words thrust the speaker (or thinker) into a sequence of events through time that are all metaphysically connected, a sort of cosmic circuitry that serves as the motherboard of consciousness? Consequently, does prayer beget action that, through the chaotic nebula of time and space, eventually reaps its answer?

The need to confide and confess, to expunge “hopes, fears, and secret longings” is shared by the inhabitants of the Big House, as Roger and Brianna continue to struggle with the white elephant that is Jemmy’s parentage and their place on the Ridge, Claire remembers a patient she lost who pivoted her life’s path, and Jamie makes a choice that will preserve his identity to Governor Tryon.

After Roger finds the gemstone that Bonnet gave Brianna for Jemmy, all the insecurities and doubts bubble back to the surface, and the meanings behind all the words they’ve said to each other – and what has remained unspoken – suddenly become questionable. Are marriage vows sacred due to context or a shared understanding or an agreed-upon course of action? Does a blood oath supersede bloodlines? Does silence equate to dishonesty? While his anger is understandable, if not wholly justified, his inferiority complex momentarily overshadows the compassion he should be extending towards his wife, whose internalization of most of her interaction with her rapist holds more meaning than he realizes.

As his mother-in-law (and emerging advisor) Claire assures him, marriage is both complex and singular, begun with a thousand suggestions and built piece by piece by trial and error, old traditions and new practices, and challenged by constant, infinite stimuli and variables. Each is a grand experiment, but even the most expensive equipment and most detailed training can’t prevent some from failing. Claire’s marriage to Frank was one in which all the pieces seemed right, and yet weren’t. Claire’s marriage to Jamie has lasted across time and space, and yet they have been apart more than they have been together (at this point). Because of this, she advises Roger to cherish each day, and he knows what she means.

Back in season three, I wrote that in their absence from each other, Jamie and Claire were present in each other’s daily lives through the words they used and actions they did, the way they treated people and viewed themselves, how they endured pain and heartache, and ultimately how they survived. When Jamie has to suffocate Lieutenant Knox (a great Michael D. Xavier), it was a spontaneous but defensive decision, as he had to think beyond himself, and what was at stake was Knox to reveal the truth to Governor Tryon. Just hours before, Knox confesses his guilt at killing the prisoner, to which Jamie advises to ask forgiveness and accept it, and by the time he reaches the Ridge and tells Claire he has “much to tell her about Hillsborough” we are reminded of how much they rely on each other’s counsel and catharsis through communication, and how they sustain each other spiritually as well as emotionally. 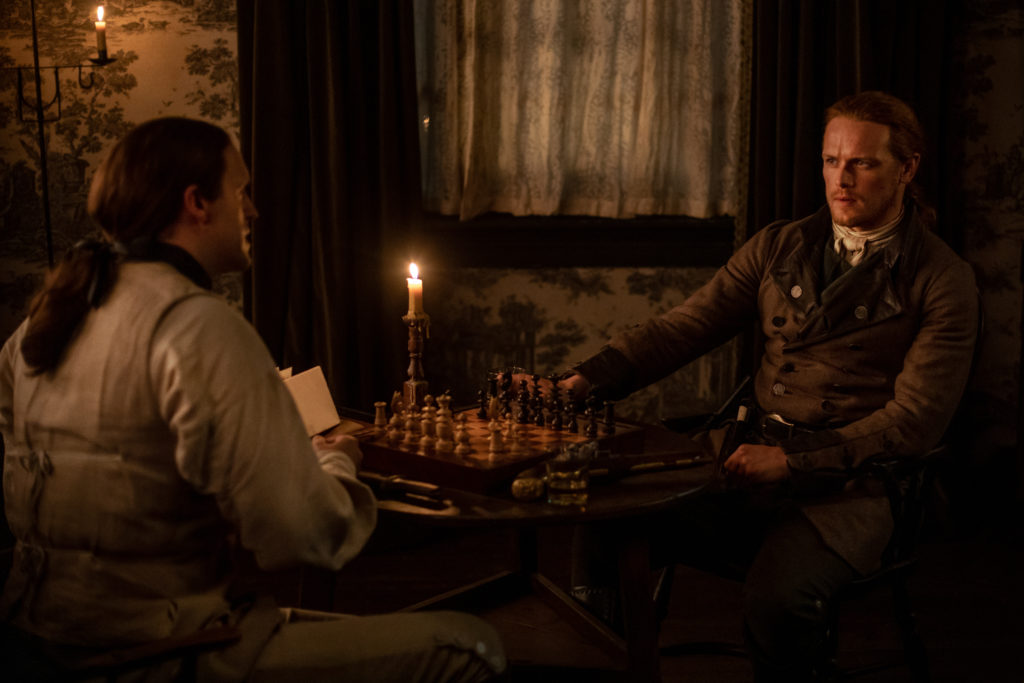