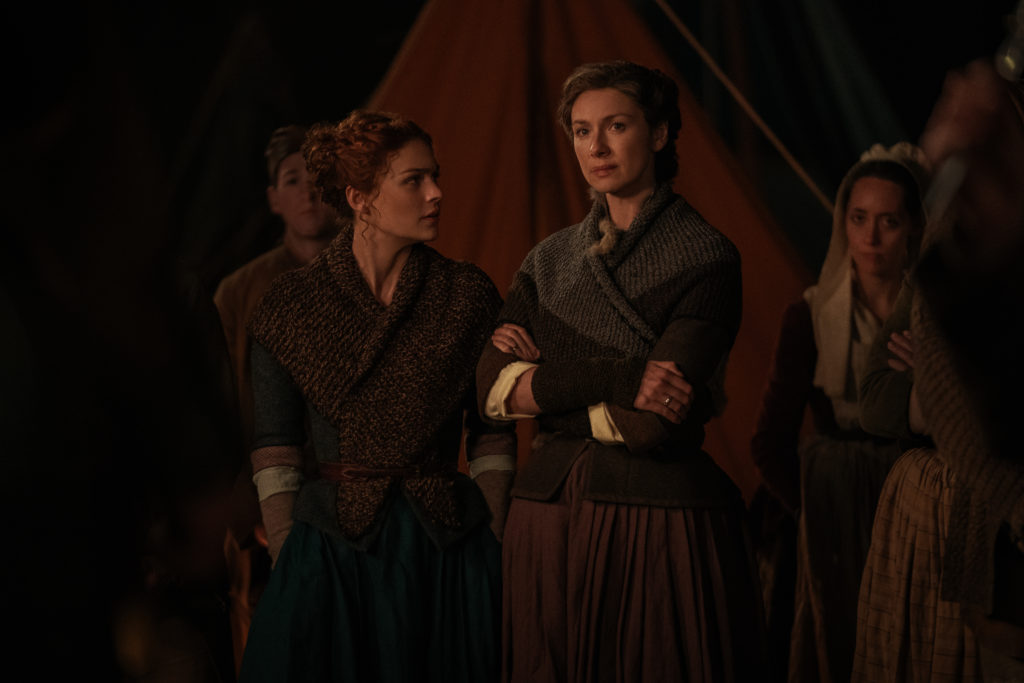 Readers of Diana Gabaldon’s novels are pretty protective of its storylines when it comes to its television adaptation.  Adaptation is the keyword here when it comes to changing things from the books to what comes up on our screens on Sundays.  We are already way past being a direct translation of the novels with Murtagh (Duncan Lacroix) making it past Culloden in season three.  Digital Spy interviewed Caitriona Balfe about season five and what happens in this season to Claire.

“The writers have created this lovely storyline for me that is very challenging,” she said. “That’s been one of the great gifts of this show… the writers, everybody, they continue to push the boundaries.

“I think that’s so important when you’re in season five of a show. It could go the other way where people get complacent and just trawl out the same old things, all the time. I’m so grateful we don’t do that because when I get bored, I get very silly.”

Using the word “created” is a bit troublesome for readers, but the writers of the show could have adapted and compacted other things that happen to Claire (even from other novels) into something else.  Diana Gabaldon wrote episode 511, so I don’t think they go that far off the tracks.  I could just be reading too much into this interview.  What do you think?