Updated 1/19/2020: Roger now has a motion poster and a new promotional video focused on him as well.  They are added below the character poster.

Original Post: It looks like the fans should expect character posters for season five of Outlander.  The first one released today features Roger (Richard Rankin) and tagline “Stand for Love.”

Starz’s panels at the Television Critics Association winter tour are tomorrow, so I would expect some news of some sort from the Outlander panel.  It looks like Adso (or a cat that looks like him) will be there for entertainment (see tweet below the poster).  Sam Heughan, Caitriona Balfe, Richard, and Sophie Skelton will be in attendance. 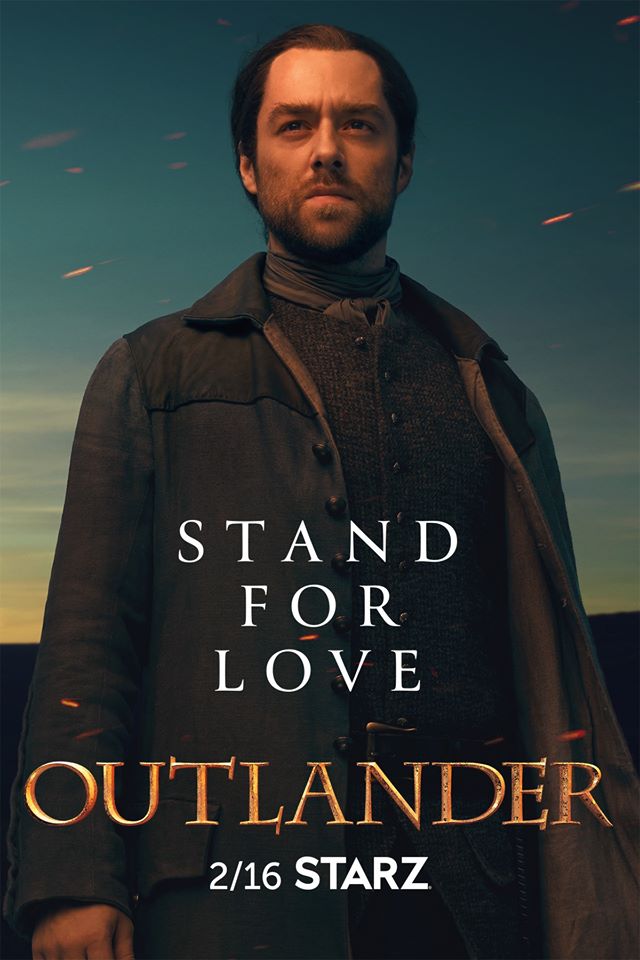 We don't want to spoil what is in our @Outlander_STARZ goodie bags before tomorrow, but I do hope that the #TCA20 members have some Fancy Feast ready in their hotel rooms… (cc: @Lynetterice) pic.twitter.com/w7KRnYlQfo