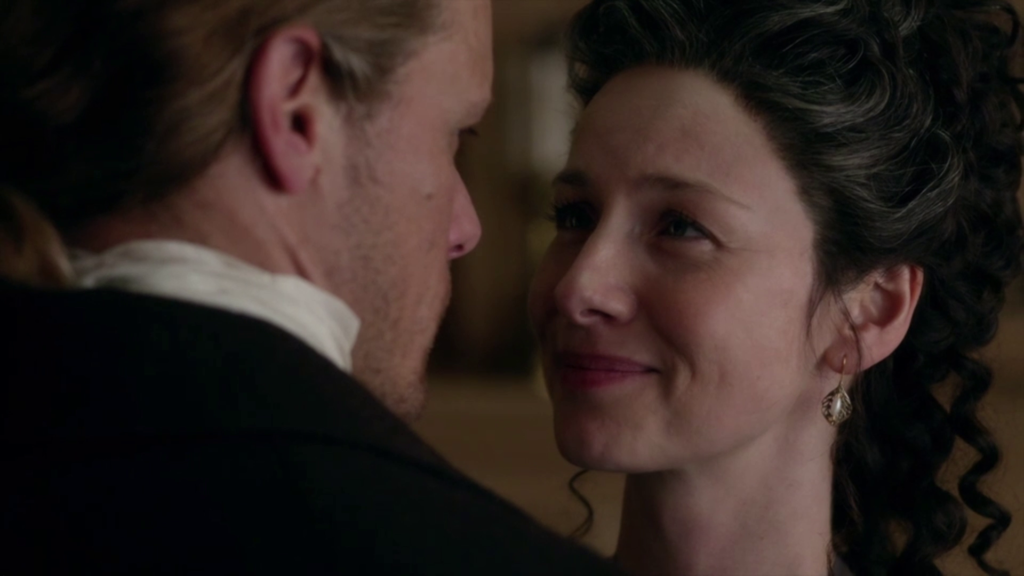 TV Insider was lucky enough to be on set during the filming of season five of Outlander.  There is a new article all about their set visit along with interviews with the cast.  Below are excerpts from the article, but please head over to TV Insider to read it in its entirety.  It should be noted that they state that the first episode picks up five months after the end of season four, and this article gives plenty of details about the first episode.

“… it’s set mostly in the early 1770s against the simmering American Revolution. (As a treat for print fans, previously undramatized scenes from earlier books will be peppered in, returning us to the land of tartan and to 1960s Boston.)

For the cast and crew, the cold three-day shoot [for the Brianna and Roger wedding], sometimes stretching till 4am, wasn’t always as blissful as it looks. “We must have said the vows about a hundred times,” Skelton recalls. “By the end, I was like, ‘Richard, I don’t want to marry Roger anymore. The romance is so gone!'”

“For me, it’s the most fun and interesting storyline to see Jamie pitched against his godfather,” Heughan says. “Inside, Jamie is still the Highland warrior — you see flashes of that — but he’s a military man now, so it’s a new style of fighting. There’s a cannon and muskets and pistols.”

“Roger is a captain of Jamie’s militia, a huge role, one he’s honored by but knows is beyond him,” explains Rankin, adding that Roger will receive marksmanship lessons from Bree. “He goes on an incredible journey, and in later episodes, he can handle himself.”