Outlander season five is close to being two months away.  As the press and publicity increases as the premiere date draws near, Starz released the tagline for season five: Make and Oath.  The image used as the background is an upside-down “Fiery Cross.”  It appears to be a reflection in a pool given the trees also in the image.  Twitter and Facebook used slightly different images. 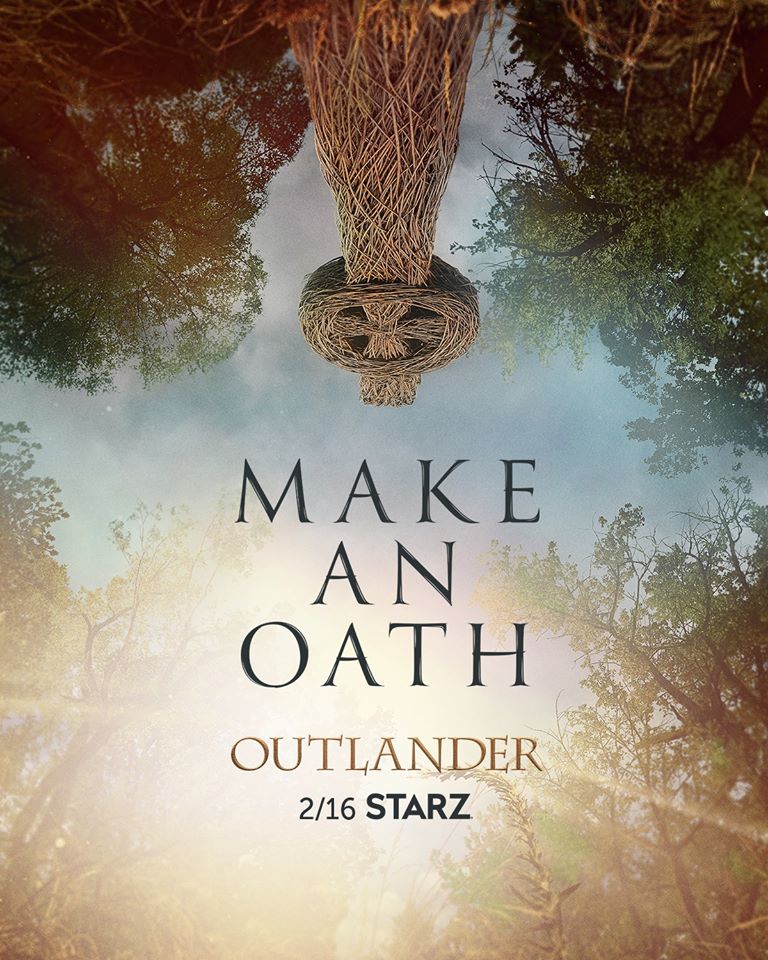 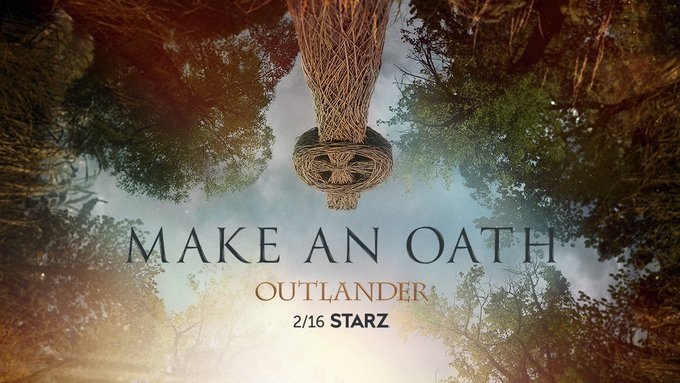