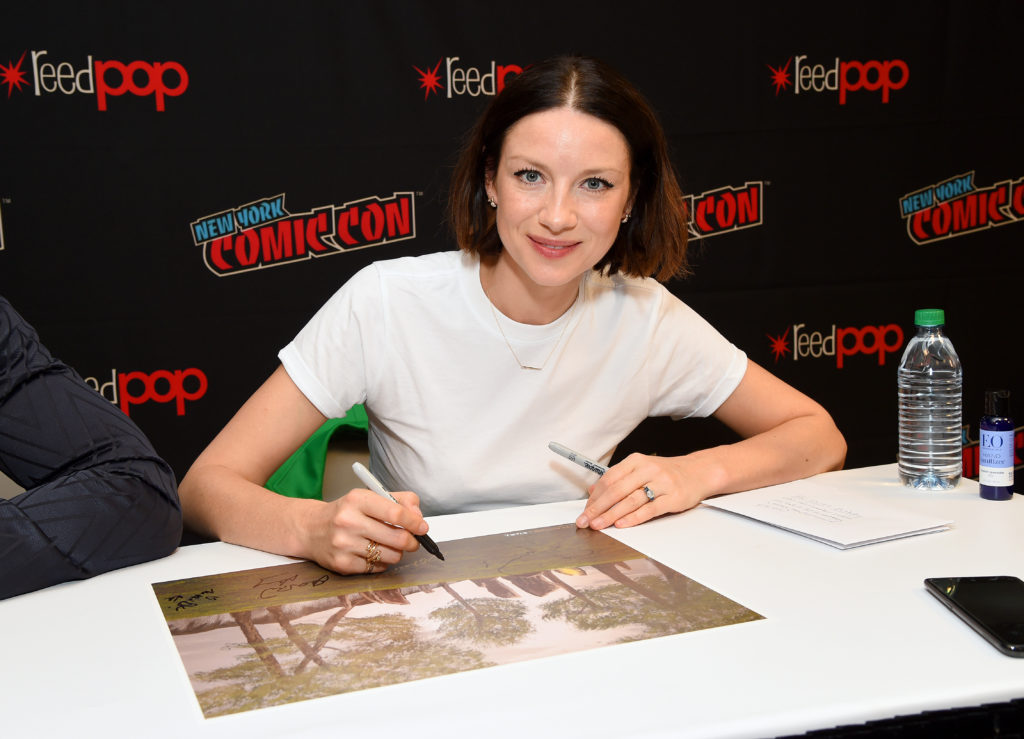 Caitriona Balfe spoke to Stylist while promoting her new film Ford v Ferrari.  She spoke a little about her time on Outlander.  Excerpts are below, but read the entire interview over on Stylist.

“It’s difficult to choose (which season is my favourite), but it’s hard to beat season one, just because it was so new and exciting and everything.

“But, I also loved the first half of season three – being in the 60s with Frank [Randall], being separated from Jamie, then coming back together. It just gave me so many beautiful things to play. As an acting challenge that was my favourite stuff, but you can’t beat season one.”

“This season is very much about family and in a precarious time when you have all of these outside forces coming in,” she continues to explain. “What are the things that you’re going to have to do to protect your family? That’s sort of the key of this season. I can’t really say too much more! It’s so silly as well because there are books, but on the pain of death I cannot say.”