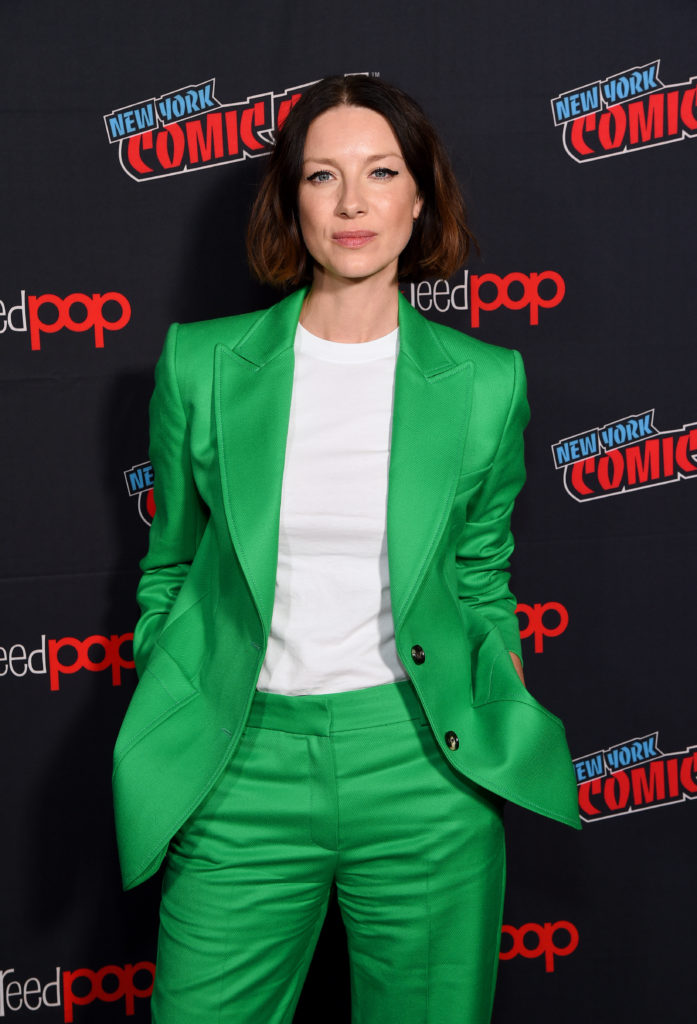 In case you haven’t seen the amazing teaser clip of Caitriona’s character Mollie Miles in Ford V. Ferrari, stop what you’re doing and watch it this instant!
While Outlander fans may see distinct traces of Claire in Caitriona’s new movie persona, the actress made it clear in an interview with Parade that the two characters are very different.

“They are very different women, but I think Mollie had to sacrifice a lot for Ken’s dream. They moved from England. They moved to California. She was very much a stay-at-home mom and a wife, but they were a team, and that’s what I loved about this relationship. I think what [director] Jim [Mangold] was very interested in portraying, and what Christian and I were very interested in portraying, is the teamwork that has to exist within a marriage for one person to achieve something great.”

Caitriona has a strength for giving thoughtful interviews with plenty of insight, and this question and answer session was chock full of great Cait quotes.

“I look for good writing. I would be happy enough to play a different type of character that didn’t get that if I was going to say something about that situation. You always have to have a point of view and you always have to say something. In many ways, especially this time we’re in, I like to impart some kind of good into the world. But I was just very attracted to the script and to the story. I’m actually a fan of racing myself, and always have been. So that was also an element, which I don’t think is maybe that common among women, but I don’t think it’s uniquely a male sport.”

The actress continued to display nothing but love for Outlander.

“The great thing about Outlander is that because we don’t stay necessarily in one time, and because it is this epic fantasy, you get to really play very varied things all the time. So it feels like it stays fresh for us, which is really very unusual as an actor”

Droughtlander may not end until next February, but catch Caitriona in Ford V. Ferrari on November 15th.