Author Diana Gabaldon regularly participates on The Lit Forum where she regularly interacts with her readers and answers questions.  There are not many well-known authors who will take time out of their busy days to participate in discussions with their readers, regardless of the medium. We are just lucky to have one of those authors that do.  (Side note: Anyone can register at The Lit Forum.  Outlandish Observation‘s Karen Henry is one of the moderators in the Diana Gabaldon Forum, as well as Diana.)

In the past few days, Diana was asked how filming is going on Outlander season five and how much of season five would be “made up” along with adapting a long novel like The Fiery Cross.

To sum up the screenshots, Diana has read the scripts up to 508 and has seen the first four episodes (although she does say these episodes are not finished).  To her, “it’s actually looking really good.” 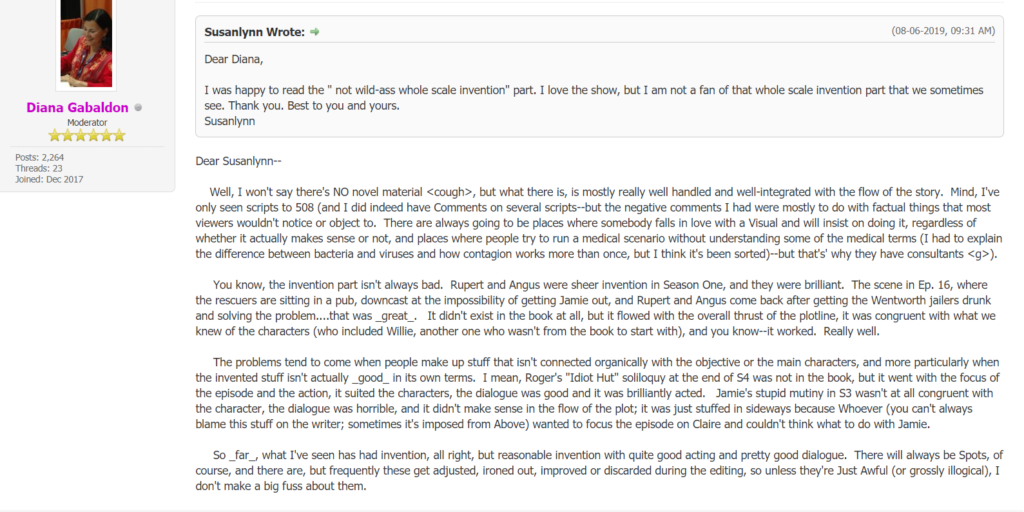