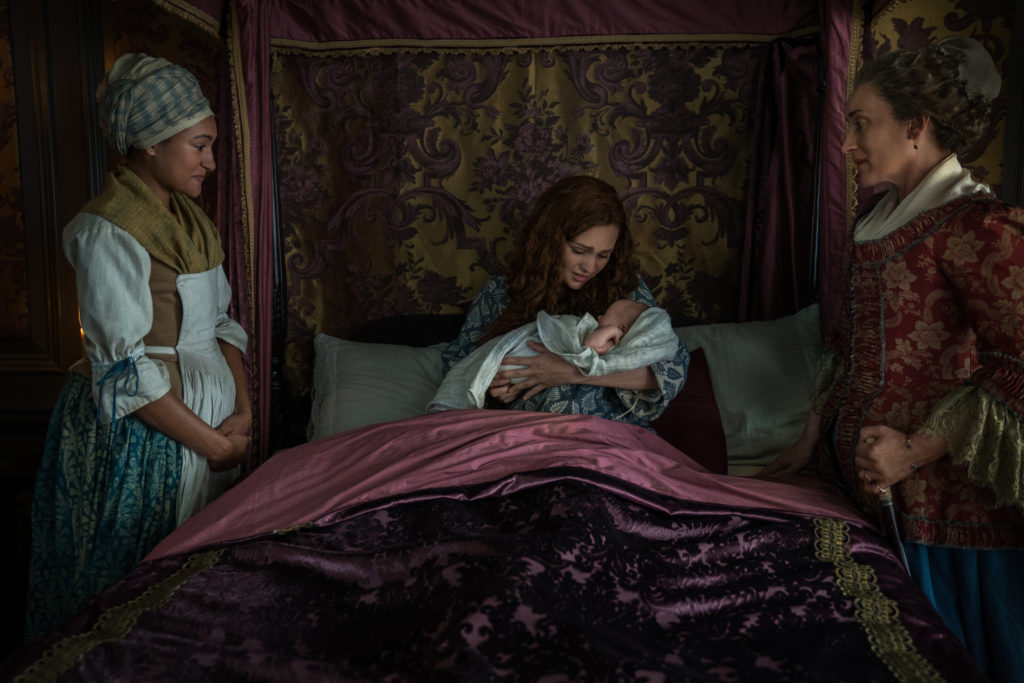 Many fans were disappointed that Jamie (Sam Heughan) and Clarie (Caitriona Balfe) were not present at River Run for the birth of their grandchild, Jeremiah, at the end of Outlander season four.  Entertainment Weekly spoke with executive producer Matthew B. Roberts and Sophie Skelton (Brianna) about the changes.  Excerpts are below, but head over to EW to read the entire article.

ENTERTAINMENT WEEKLY: Fans were disappointed that Claire and Jamie didn’t get to witness the birth of Jemmy.

SOPHIE SKELTON: I know. I can completely see why. Obviously from the book, that is a beautiful scene, and I think it would have been a lovely Fraser family moment. But I think, luckily we make up for that when Brianna comes out with Jemmy and she realizes that Roger isn’t with them. They have that lovely little family moment there. Unspoken things are said, especially at the dinner table scene when Bree comes back in. The Frasers are really there to support each other.

MATTHEW B. ROBERTS: Once again, in the power structure, the decision was made not to show that. There is always debate in the room. You can debate 100 times about something, and somebody ultimately makes a decision. I never debate whether it’s a right decision or a wrong decision, or whether it’s good or bad. It’s just the decision, and then you fall in line. You turn and make the best show you can.