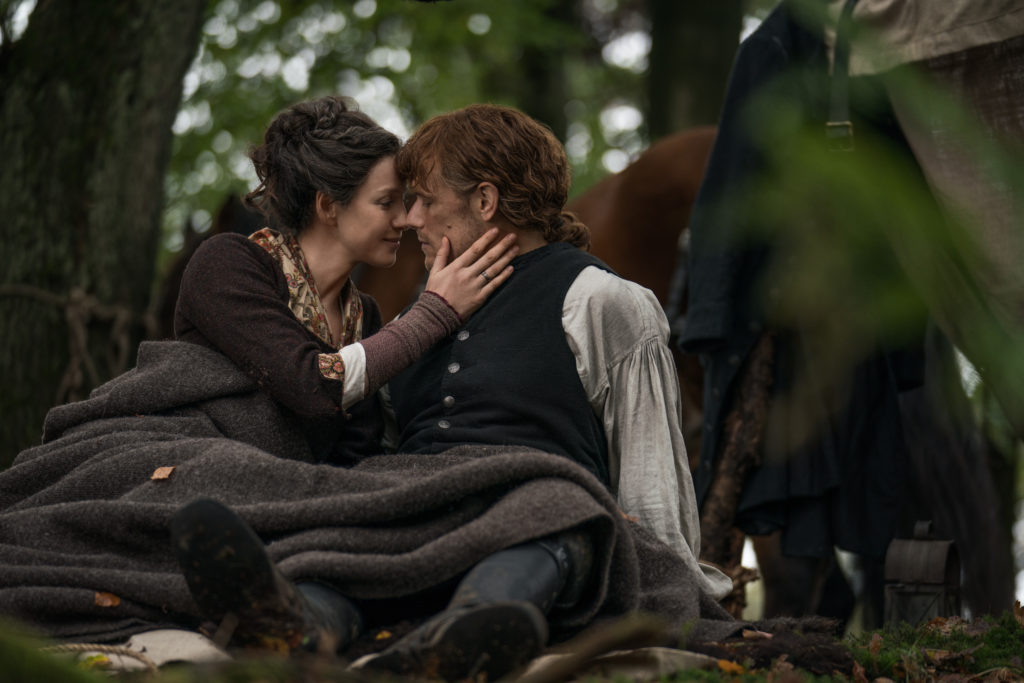 Executive producer Maril Davis spoke with Parade at the Starz FYC event and they touched on the continuing challenges of adapting the Outlander novels.  The title of the article by Parade made it sound like Maril would be discussing the intimacy that fans thought was missing from season four, but that is only a small part of the article.  Excerpts from the article are below, but head to Parade to read it in its entirety.

“Honestly, every year I say the same thing,” Davis said when asked the challenges of producing season five. “Every year we think, ‘Oh, this isn’t going to be that big of a year. It’ll be like Little House on the Prairie; it will be smaller,’ and every year we’re wrong. It’s just as big, if not bigger. The challenge for this year is dealing with the big house. Certainly, trying to figure out once again, how to do North Carolina in Scotland, which is always a little bit of a challenge. It’s just also dealing with a book in which there’s a lot of separate incidences and trying to craft that story to make a whole.”

“Obviously, keeping Murtagh alive was a choice that we made that has repercussions in terms of he has a story that he wouldn’t have had if he had died at Culloden,” Davis adds. “But we think the story is really interesting, and we are going to play it out and see. We hope that we still get in the fan-favorite moments, and still have those Jamie and Claire connections and those intimate moments that people are looking for.”