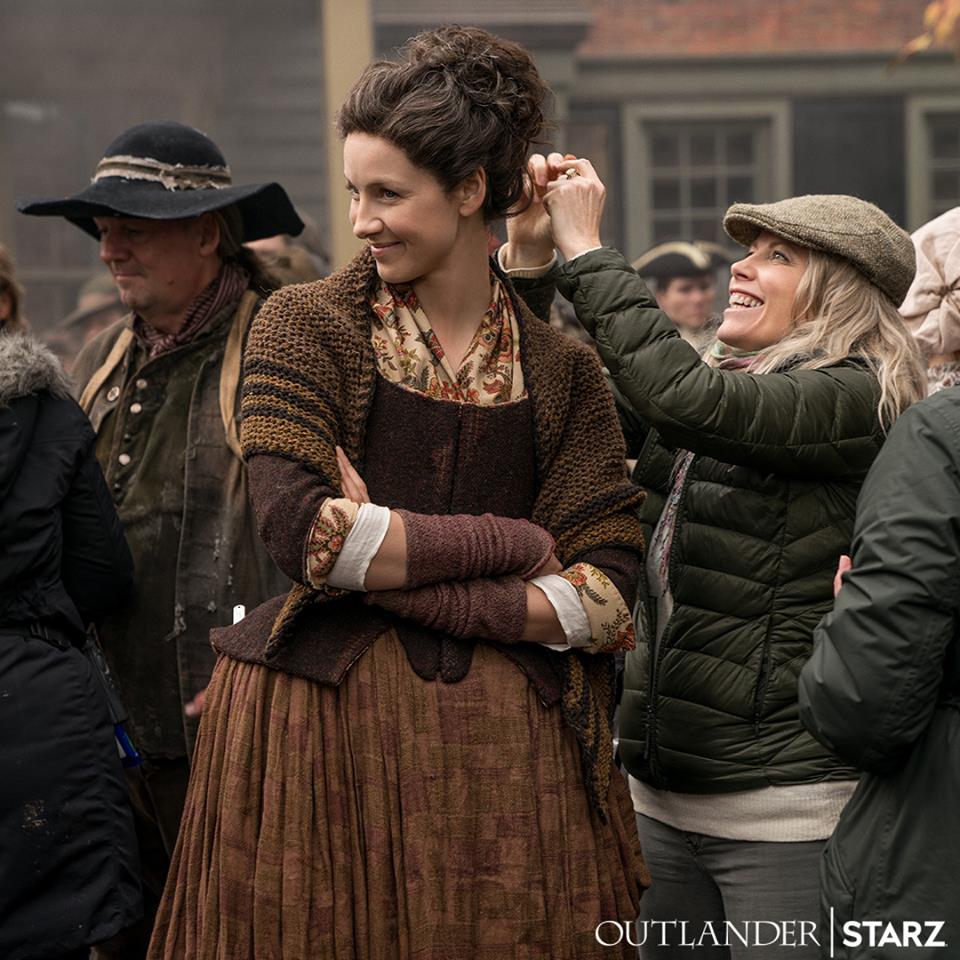 Caitriona Balfe spoke to Parade while at the Starz FYC event.  Caitriona touched on a few things about Claire and season four, but she ended the interview discussing Jon Gary Steele’s sets and Terry Dresbach and Nina Ayres’ costumes.  Excerpts are below, but head over to Parade to read the entire article.

One of the things people always say is that is the way that people were back then, but there were always people, no matter what era, that knew right from wrong.

That is one thing we always talk about. You can never play a time period. People are people. People may not have been able to say how they felt, but people have had the same feelings since time began. I don’t think any woman back in that time was sitting there going, “Yes, I completely agree I should be a second-class citizen,” or, “This is great slavery for me.” This is not how people were, so the feelings are still there. It is just what you were allowed to do with those feelings. And it is interesting in these period dramas to be able to explore how do you still feel like a human being and emote within the constraints of that time period.

Talk about the incredible sets created by Jon Gary Steele.

I think what people don’t realize is how much work gets put into those sets. People think that we just go and find these buildings and they are already there, but what Gary creates from the ground up … River Run was the most incredible set. When you look at the Scottish countryside to be able to imagine that somebody can transform that and make it look like North Carolina in such an incredible way. For us actors, you get completely transported. He makes our job so easy and he is so talented.

Do you have any particular favorite costumes that you’ve worn?

This last season Terry [Dresbach] and Nina [Ayers] did such an incredible job. Every season tells a different story. Our show moves from one season to the next and last season was such a special season for all of us to tell the story of an immigrant coming to America and our costumes reflected that.

My favorite costume was this frontier look where Claire was wearing this secondhand men’s coat and it told the story of what it was like to go to this wilderness and have to live on the land. That is what great costuming is – it is to tell the story as well.