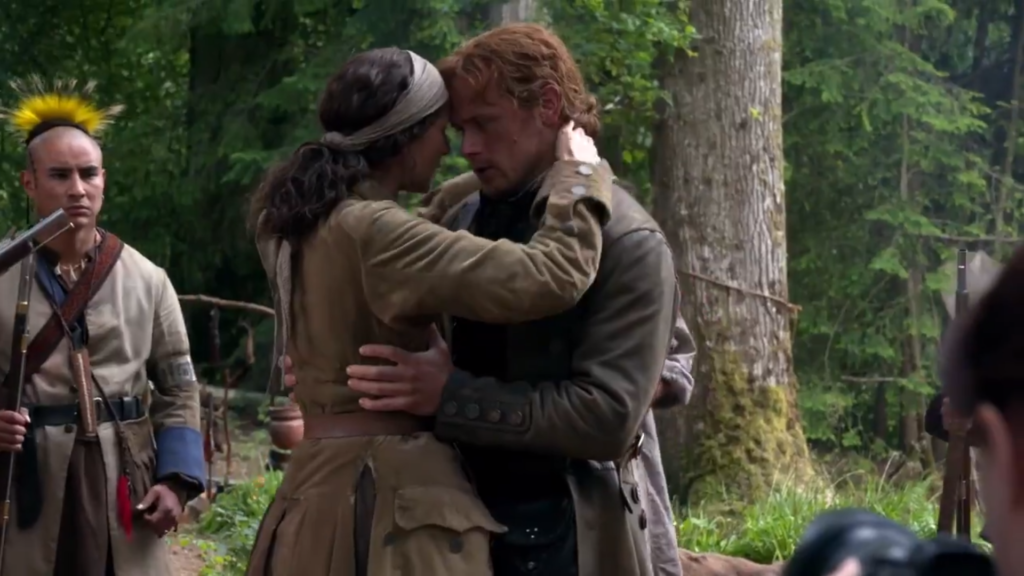 Another glimpse at a special feature off of the Outlander season four DVD/Blu-ray appeared online today.  This feature focuses on the relationship between Jamie (Sam Heughan) and Claire (Caitriona Balfe) and has interviews with Sam, Caitriona, and Ronald D. Moore.

“They’re at peace with each other and they’re a great team. It’s nice to see them have this domestic bliss” #relationshipgoals @caitrionambalfe and @SamHeughan discuss their character’s meaningful relationship #OutlanderS4 pic.twitter.com/n8iki33BMx