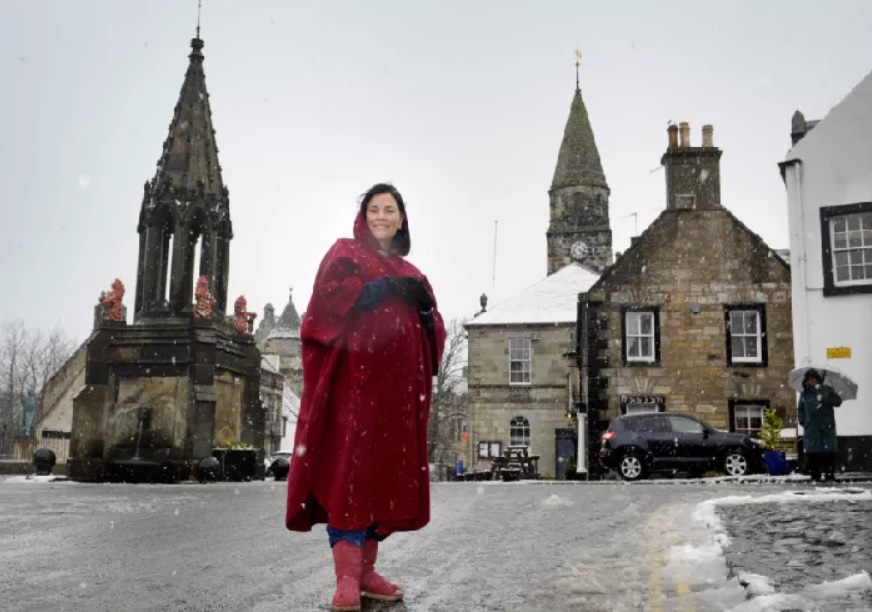 Diana Gabaldon’s next Outlander novel, Go Tell the Bees That I Am Gone, is coming out this year.  As far as what is next, Diana has promised the tenth novel.  In an interview with The Scotsman, Diana explains a bit more about what is to come after Bees.

This year, Gabaldon will publish Go Tell The Bees That I am Gone, the ninth book in the main Outlander series which is set in 1779 and 1780 as the American Revolution enters its final phases.

Gabaldon says she “sort of” has an idea when the main Outlander series will be complete with two more books to come after Go Tell The Bees. One will be a prequel and focus on the lives of Jamie Fraser’s parents during the 1715 Jacobite rebellion with the story to be entirely set in Scotland.

But how the Outlander story will complete remains to be seen, Gabaldon says. “I just follow the characters,” she adds. “When I start working on a new book I sort of have to stop and reacquaint myself with who these people are at this point because people change as you get older and have different experiences, what is going on with you is different, how prosperous you are is different, what your love life is like might be different.”

On what she will do after Outlander, Gabaldon jokes that she is going to ‘die some day’ adding that she is now 67-years-old. “I am very healthy and luckily I come from a long lived family, people on both sides of my family go right into their nineties so you know, God willing, I will do for quite a while and I will manage to write some more books.”

Gabaldon now wants to go way back in time and tell the story of Master Raymond, the apothecary who pops up in several of the Outlander books and meets lead character Claire Randall in Paris in season two of the television show. Gabaldon says: “ I have it in mind to tell Master Raymond’s story. He doesn’t actually come from 18th Century France. I know where he did come from and he has a very interesting story.

So when does he come from? “Oh about 3,500 BC,” says a laughing Gabaldon And how does he power himself through such vast spaces in time? “Oh, that is a secret,” she adds, as the powers of Outlander continue to circulate.

Previously, Diana has said there will at least be a tenth novel in the Outlander series, which appeared to suggest the Jamie and Claire’s story will conclude in this novel.  If I am reading it right, after the tenth novel, then there will be a prequel and Master Raymond’s novel.  Did anyone think Master Raymond was from that time period?!