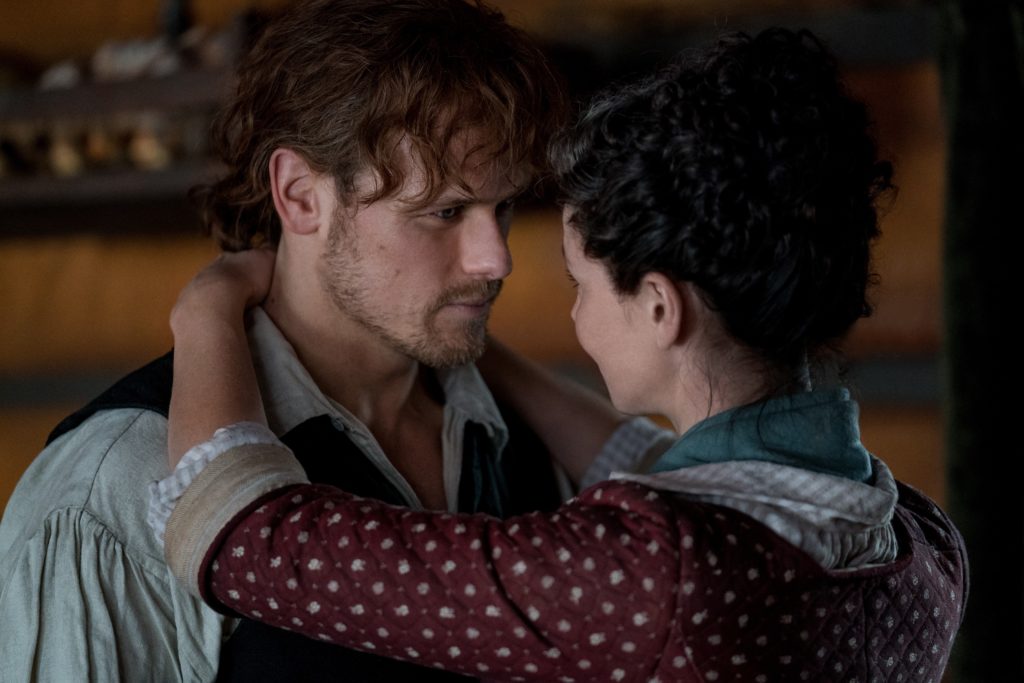 Many, many fans have lamented about a perceived change in the way Jamie and Claire’s relationship was depicted in season four of Outlander.  While not everyone may agree with this viewpoint, there was certainly an outpouring of disdain on social media for season four after the finale aired. Many fans tagged actors, producers, and writers in their tweets and some received responses.  Starz definitely took notice as a Starz Insider survey had targeted questions about season four and what people liked and didn’t like and how it compared to the book.  That survey took it a bit too far, asking in it how people liked the majority of the main actors in the series.

While Maril Davis was at TCA winter press tour this week, Glamour pointedly asked her about the lack of sex scenes or intimacy in season four between Jamie and Claire.

“I think every season is different,” she tells Glamour.“This season we were introducing more characters, and there was a lot of story to get in. We’ve always talked about the sex scenes—we love them too—but they have to be organic to the story.”

Sometimes, she says, the story just doesn’t allow for as many slowdown times—intimate moments between Jamie and Claire, specifically—that fans can get in the books. “I do anticipate a return, hopefully, to that next season a little more,” she says. “Every season has its different storylines and where we’re going. It can’t always re-create the first season, which was very special, but it just has to be within the story and feel like it’s organic. That’s something we work on, and the actors work on. It’s a collaboration.”

As a fan herself, Davis says, she totally gets that a fade-to-black in the middle of a sex scene might not be satisfying for some fans. But “this is the fifth season, and we’re trying to find those intimate moments without always having to show everything and putting actors in that position. But I get it! I want everyone to be satisfied.”

The next season will start production some time this year, though she won’t reveal exact timing yet. As for the storyline, Davis says they hear truly every kind of request from fans. “It’s hard to please everyone,” she jokes. But production knows the “heart and soul” of the story is Claire and Jamie: “We never forget that.”