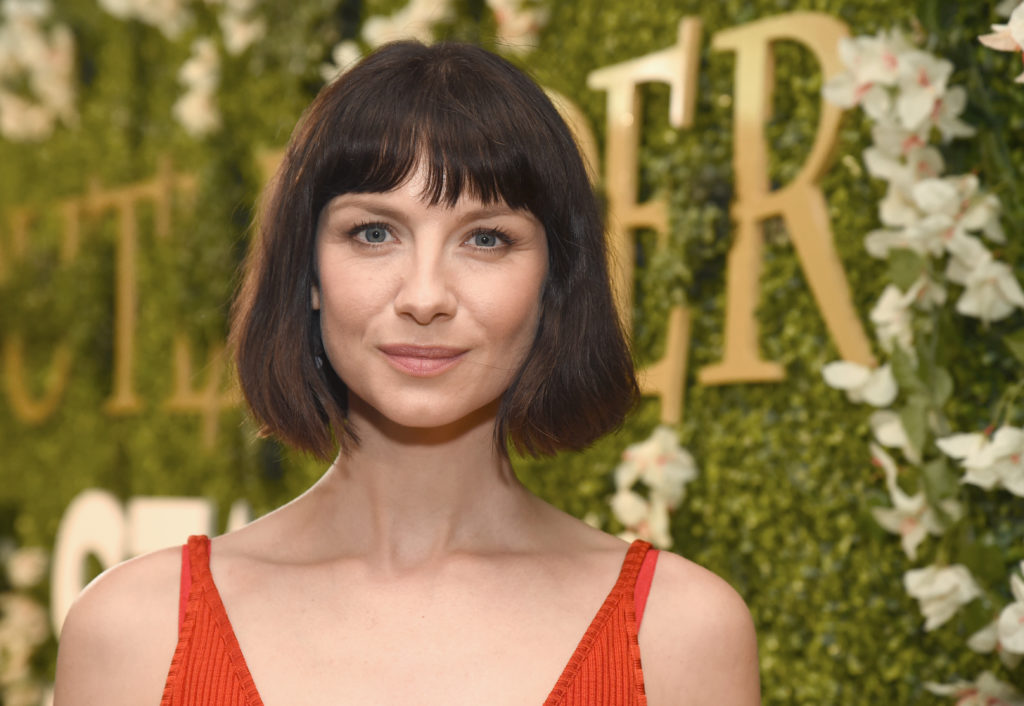 Taking a cue from many actors who become producers or executive producers on shows they star in, Sam Heughan and Caitriona Balfe are now producers on Outlander starting with season five.  This news was revealed in a new profile on Caitriona Balfe in The Irish Times.  It is a flattering profile on her and is definitely worth reading the entire article.  Along with this news, she also goes into what it was like on season one of Outlander (and why we will probably never see 16 episode seasons again).  Excerpts are below.

Part of the reason Balfe’s performance in Outlander is so convincing is because it is rooted in hard work. When the first season was ordered, the cast and crew were off shooting in Scotland relatively under the radar. Without a million eyes on her, Balfe got to exist away from the spotlight, honing her character without any distractions, without an audience and without external commentary.

“As somebody who had so little experience, it was such a gift because I really got to find my feet,” she says. Nevertheless, it was tough. “I’ve never worked so hard as I did that first year. The first six months we were doing 11-day fortnights and 16-, 17-hour days, five hours’ sleep. We just did that solidly and worked straight for a year. It was nuts.”

How does one hold things together with that level of intensity? “You don’t! I nearly lost my mind the first year. But I didn’t have anything else to do. Red wine is usually a good crutch.”

Her first apartment during that time had no phone reception or internet. “So I was literally eating, sleeping, living Outlander. And yeah, I nearly lost my mind, but at the same time, I think that circumstances can sometimes all conspire to give you the best opportunity in life. I think that complete immersion in the character and not having any sort of life outside of it was probably one of the greatest things that could have happened, because I got to know that character, and got to play that character, and live that character in a way that had I had a relationship, or had I had friends, or had I had some kind of outside life that needed attending to, maybe I wouldn’t have been so in it and so focused. And then that foundation has never gone because of the immersion.

“And it’s memories as well. What is a person or a character but a series of memories and experiences? So you know, at this point, I have such a bank of who Claire is already in me because I’ve lived through it and been through it in scenes and all those moments. It’s such a great foundation. Every season you’re just building on top of all of these rich experiences anyway. That’s the beauty of television; it’s the beauty of doing something in that long form. You actually get to, in some ways, create a living being within your own mind.”

After sticking around and succeeding, Balfe is now stepping up. She will return to series five of Outlander as a producer, alongside her co-star, Sam Heughan, who outside of Outlander excelled in last year’s The Spy Who Dumped Me. Balfe is also writing, working on two Irish-focused projects, both at first draft stage, one that’s just hers and another with a friend. “I’m not good when I get bored,” Balfe says, “I get naughty when I get bored, yeah. I get mischievous. There’s still a brat of a child inside me. Bored in school, swinging on a chair.”