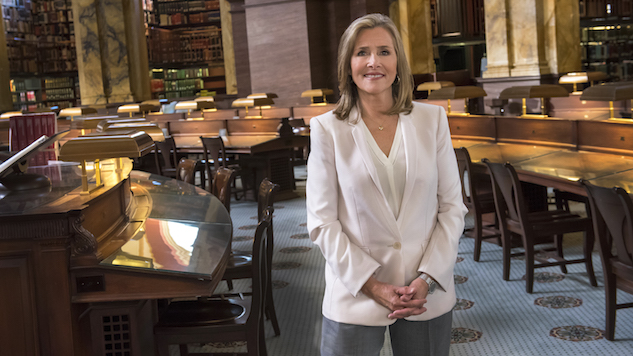 PBS put out a call for people to vote on their favorite literature, and then pulled the top 100 into their new show, The Great American Read. Not surprisingly, Diana Gabaldon’s Outlander series continued to rise to the top, snagging 2nd place. Who beat it out? To Kill a Mockingbird by Harper Lee. I would still consider this a great day for Diana and Outlander fans alike!

You can follow this link to see an interview that Paste writer Keri Lumm conducted with Diana and the host of the show, Meredith Vieira.

I would love to share with you all a few of my favorite takeaways from the interview. The first was that there were some surprise nominations, such as Fifty Shades of Gray, which the host was clearly not a fan of. At the same time, though, they recognized that this series encouraged people to read, especially people who might not otherwise do so, and that alone made these surprise books worth their nominations. This new PBS show reminded people of the joy and magic of reading, and that is a wonderful thing, especially in an age where we are overwhelmed with technology and distractions, which make it difficult to take the time to truly read and enjoy a book. There are so many great books out there, how does someone find the time to read them all?!

One observation that Keri Lumm from Paste made about the Outlander series was that the romance continues as the characters age over time, an unusual choice within the romance genre, and likely a strong reason why it has such an overwhelming fan base that continues to hang on every word and moment. When asked about her own favorite books, Diana mentioned Alice and Wonderland and Lonesome Dove as two that she comes back to time and again over the years.

There is a discussion that I found interesting in the interview regarding whether to read a book before watching a TV show or film inspired by it or not, as well as the censorship of books for younger audiences. Diana shared a story of how, when she was young, a librarian kept removing a particular book from her stack and not allowing her to check it out until her mother intervened. Her view was that, if Diana was old enough to understand what she was reading, then she was old enough to read it. If not, the more controversial matters would just go over her head anyways and no harm would be done. It was an interesting argument and not one that I had heard before, but appreciated her sharing. The key takeaway is that every book we read teaches us something, whether it is a lesson we want to learn or not, and that is one reason why it is so important to encourage people of all ages to read, but especially children.

The last thing I absolutely loved about the interview was a story that Diana shares about how she dealt with one of the less-than-kind fans on Twitter. It is a hilarious story, and you should definitely watch the full interview on Paste, as it is not long at all!