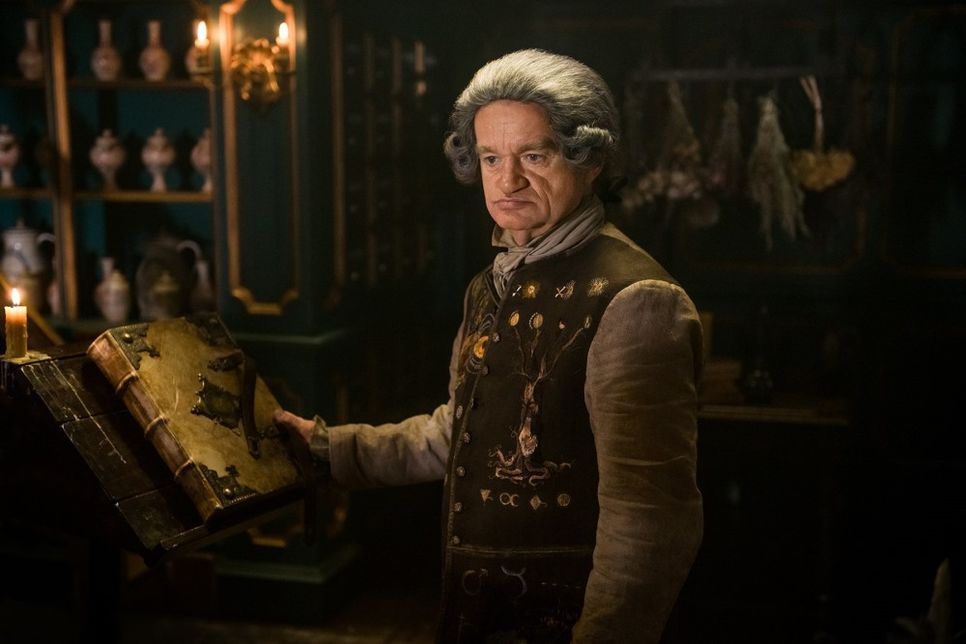 Author Diana Gabaldon likes to work on multiple projects at a time.  While she is working on Book Nine in the Outlander series, she decided to share the prologue for her Master Raymond book on Halloween.  News of a Master Raymond book is not new, but I believe this is the first piece of it that the public has seen (correct me if I am wrong).  For those who can’t remember or have not read Dragonfly in Amber or watched season two of Outlander, Master Raymond is a character that Claire meets in Paris who runs an apothecary.

In the chilly season, when the air grows cold and the spiders die, comes a thin time. The days are short, so all the light of them is concentrated, squeezed between the dawn and dark. This is why the light is different, and each thing has a Shadow. This is when the other worlds draw close, and the barriers between grow thin. In a thin time, they say, you must be careful, because you might walk through a cobweb unthinking, and find yourself Elsewhere.

There is more than one other world; no one knows how many. Some beasts can see one; the dogs will sometimes stare at a blank space on the wall of a cave, and their hackles rise at what they see.

Sometimes, I think I see it, too.