** Spoiler Warning: There is one photo in this post that is considered a spoiler for non-readers, so if you have not read Drums of Autumn, proceed with caution.”

Along with the new Entertainment Weekly covers and feature article, new official photos of season four were also released.  There are some quotes that accompany the photos, and I have included them below.  There are more quotes with older photos that can be viewed on EW.  I would like to repeat again that Richard Rankin will be the comedy relief for Outlander because his quote along with Brianna’s (Sophie Skelton) photo is hysterical.

Characters that can be seen in these photos are Jamie (Sam Heughan), Claire (Caitriona Balfe), Ian (John Bell), Rollo, and Brianna. 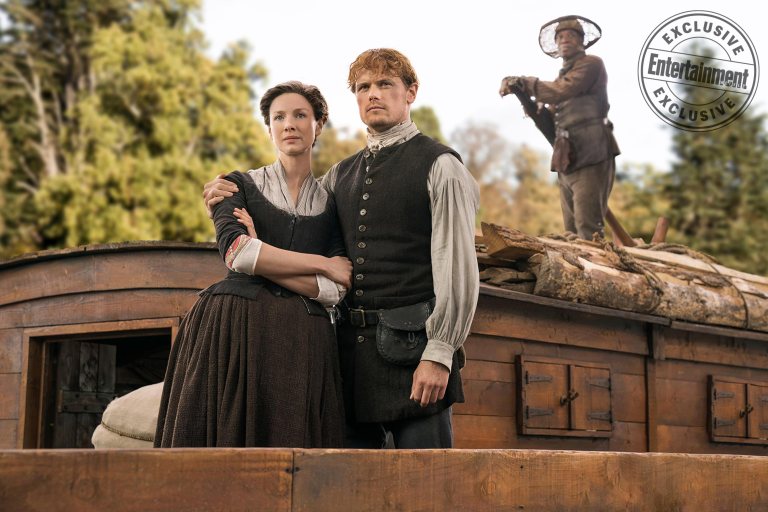 “We did a lot of the boat stuff,” explains Caitriona Balfe (Claire). “Obviously we aren’t shooting in America. For all the water that we have in Scotland, there’s actually not that many large rivers like you would have in America. Anything that had to do with the journeys to River Run or places like that, a lot of that was CGI.” 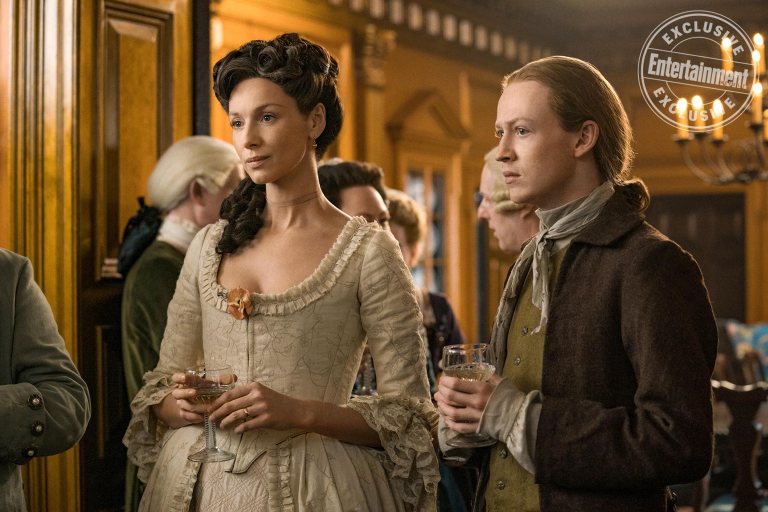 “From where we left off in season 3, Ian’s been through quite a bit of trauma,” says John Bell. “However, coming to America, he’s completely enthralled by the whole new world that he’s living in.” 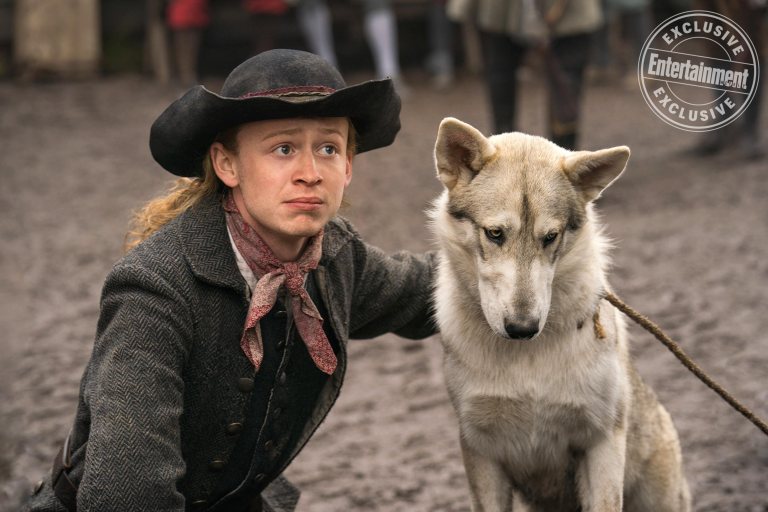 This photo is from Episode 401, “America the Beautiful”

“We have those moments together and he would like chill out with me on set, just come and lay back beside me,” remembers Bell. “He’s like a bit like a therapy animal, you know? It was nice to have him around on stressful days.” 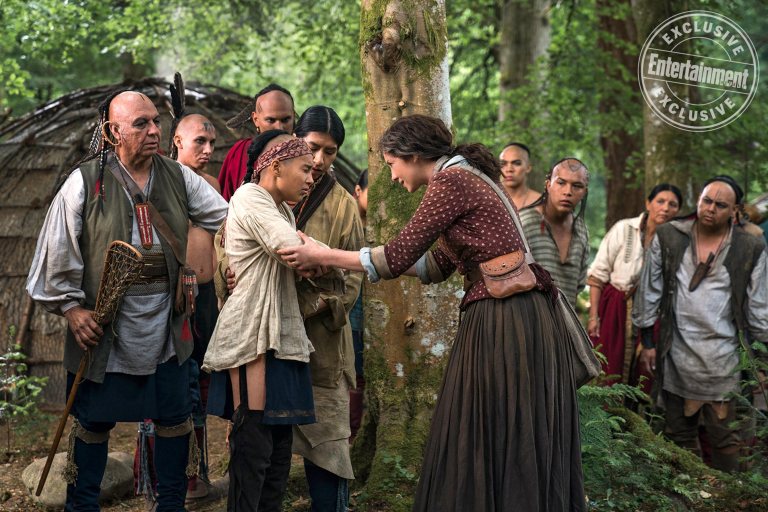 This is from an episode called “Man of Worth.”

“Once they meet her neighbors, Claire and Jamie get along very well with them,” Balfe says. 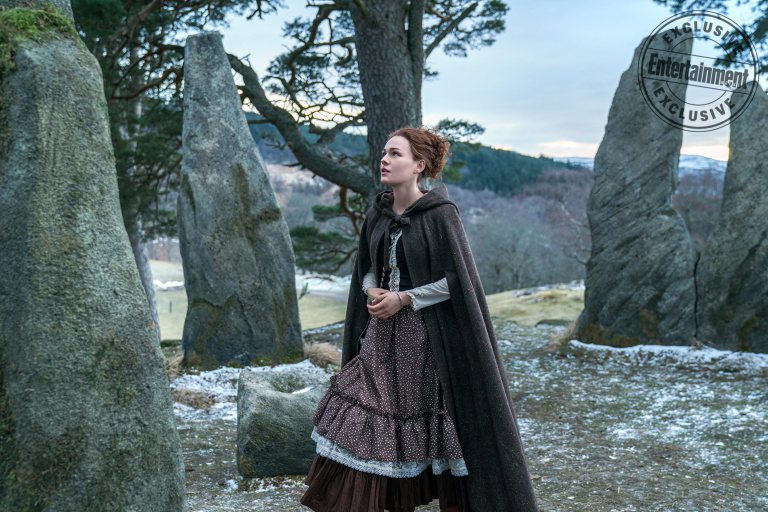 This is from an episode called, “Down the Rabbit Hole.”