We have seen filming photos of the Native Americans in Outlander season four, but the first official photo of the actors playing them is here.  Below are quotes from executive producer/writer Matthew B. Roberts to Radio Times on how the production approached portraying these characters:

“Every department, from Production design to costume and hair and make-up does a huge amount of research to ensure we create a world that feels authentic to the time and place,” Outlander’s Executive Producer Matthew B Roberts said.

“To build our Native American world, they have learned traditional techniques, from canoe building to hand weaving and, to populate that world, we have welcomed a great team from Canada to play both the speaking and supporting roles of the Cherokee and Mohawk Nations in Outlander season four.” 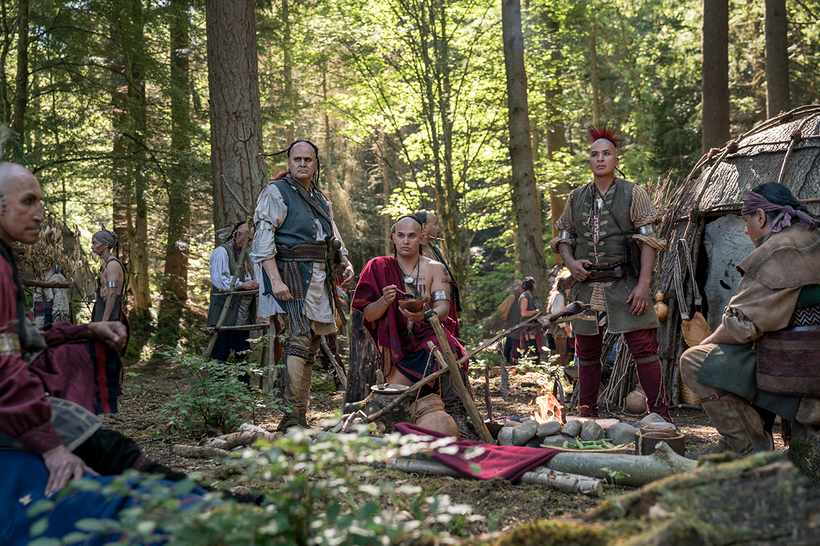