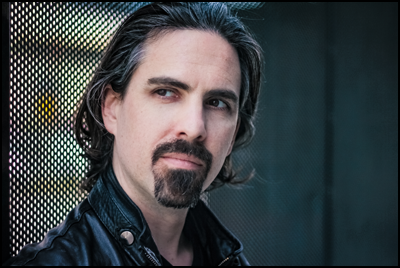 Composer Bear McCreary was happy to mention his considerable knowledge of Jacobite music when writer/producer Ronald D. Moore was telling him about a new show he had in the works. McCreary revealed more details about how the iconic Outlander theme came to be and more to Syfy Wire.

“I told [Ron Moore] that I knew a lot about Jacobite music, and music from that era in Scotland, and he goes, ‘You know what a Jacobite is? I have been spending the last year explaining to everyone what the politics of 18th century Scotland are.’

McCreary had previously composed the score for Moore’s hit show Battlestar Galactica. Moore was curious to see what he could come up with for the yet-to-premiere series Outlander.

“When I sat down to start the show with Ron, it was episode one of a new show, but it just felt like season five of Battlestar in terms of our relationship. He trusted me so much with the material.”

Ron Moore listened to a few recordings McCreary had created. One piece, in particular, caught the producer’s ear.

“I really like that Skye Boat song. I think that’s our main title.”

McCreary also noted to SyFy that he was pretty sure “the [Skye Boat] song is sort of why I ended up getting the job, perhaps even more so that having worked with Ron on Battlestar.”

The Outlander composer noted a subtle, yet interesting change he made from the original lyrics.

“There’s two sets of lyrics — the more traditional one, and then the Robert Lewis Stevenson lyric, which is the one we use. We tweak the gender of the character, it’s [originally] “sing me a song of a lad that is gone.” He is talking about Bonnie Prince Charlie, but Ron suggested we change it to “lass.” Now we’re talking about Claire.”

“I assumed it was going to be instrumental, because Ron really liked this recording of me playing it on accordion. For fun, I thought let’s just try a vocal…and I brought my wife into the studio at midnight, and she just quickly laid down a vocal for this song.”

McCreary realized that the vocal version was a vast improvement over his initial recording.

“We tweaked a few lyrics, we tweaked the performance a little bit, but from that initial demo phase that I sent to Ron, it was really close to what ended up going on the air.”

And the rest, as they say, was history.