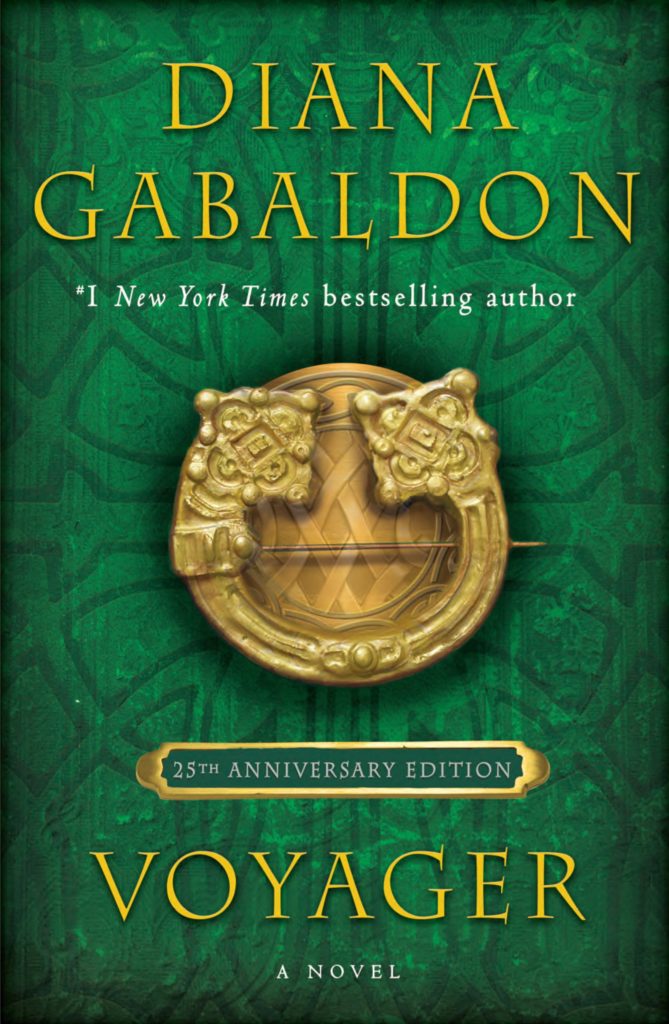 The 25th anniversary of Voyager is coming on December 1, 2018.  Like the first two novels in the Outlander series, Voyager is getting its own 25th-anniversary edition.  Due to be released October 23, 2018, the new edition has a new cover, introduction, and bonus materials for Diana Gabaldon fans. The edition is currently available for pre-order from Amazon.

Here is the blurb about this edition:

“A beautifully designed collector’s edition of the third book in Diana Gabaldon’s blockbuster Outlander series featuring a brand new introduction and bonus material to celebrate the 25th anniversary of its original publication.

In this rich, vibrant tale, Diana Gabaldon continues the story of Claire Randall and Jamie Fraser that began with the now-classic novel Outlander and continued in Dragonfly in Amber. Sweeping us from the battlefields of eighteenth-century Scotland to the exotic West Indies, Diana Gabaldon weaves magic once again in an exhilarating and utterly unforgettable novel.

Their passionate encounter happened long ago by whatever measurement Claire Randall took. Two decades before, she had traveled back in time and into the arms of a gallant eighteenth-century Scot named Jamie Fraser. Then she returned to her own century to bear his child, believing him dead in the tragic battle of Culloden. Yet his memory has never lessened its hold on her . . . and her body still cries out for him in her dreams.

Then Claire discovers that Jamie survived. Torn between returning to him and staying with their daughter in her own era, Claire must choose her destiny. And as time and space come full circle, she must find the courage to face the passion and the pain awaiting her . . . the deadly intrigues raging in a divided Scotland . . . and the daring voyage into the dark unknown that can reunite–or forever doom–her timeless love.”